Wen moon with the CUB? 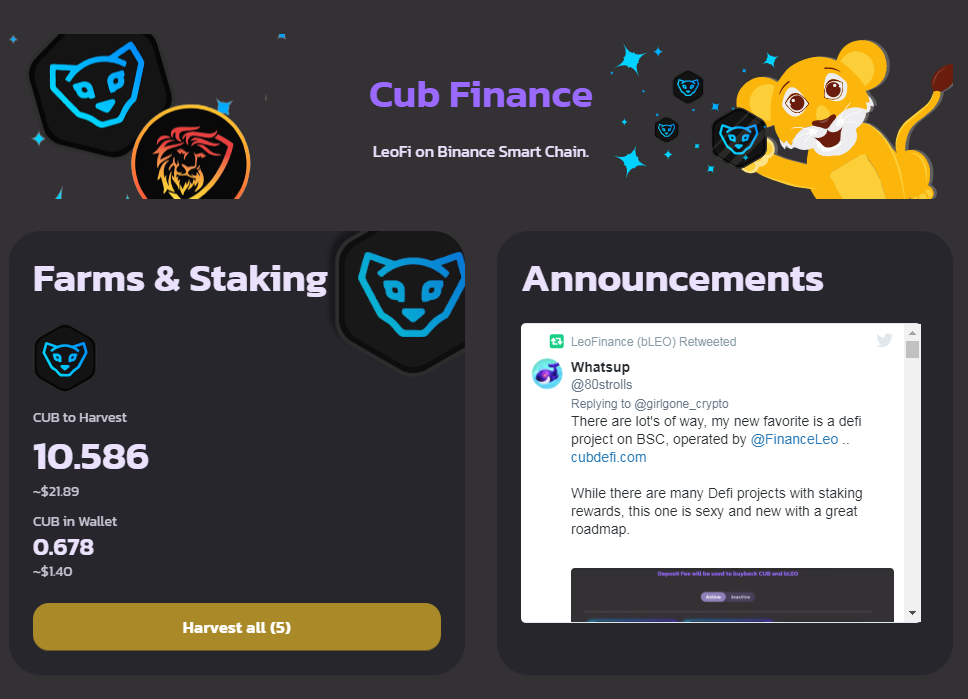 we have a new contest, or better said a #CubContest by @crystalhuman, where the details can be read in here.. The prices are appealing as they consist of both LEO and Hive. The only tough challenge would be to pass the 500 words mark, as I'm used to shorter length posts.

As the name suggest, it is about CUB, the newly born (launched) project from the @leofinance family. Even if it seems ages, there are less than 3 weeks since it has been started. Yes, less than 3 weeks, where it brought new fuel to Hive and another trust rocket for #LEO.

The numbers say it all. There are over $10 million locked in assets, where almost $8 million are coming from other tokens, such as LEO, BNB and even DEC. Yes, you can stake your @splinterlands DEC to produce #CUBs.

Trying DeFi with putting different into a liquidity pool, has been long on my to-do list. I've been only waiting for the right product and the right team which could bring such a product to the market. As the LEO team has great support, it was a no-brainer to jump into this one.

My plan was to get in March into one DeFi program, have already decided which one and needed to change my plan when #CUBdefi was announced. Glad I am that I did not jump into the first choice I had, as It would have been a very costly one with changing the pools.

It was a smart choice, not only because it was at the start, where returns have been real good. It was a very step learning curve, but thanks to the documentation available, it was easy to set up. I've needed some further help, where the community pulled me out of the mess I've come in. 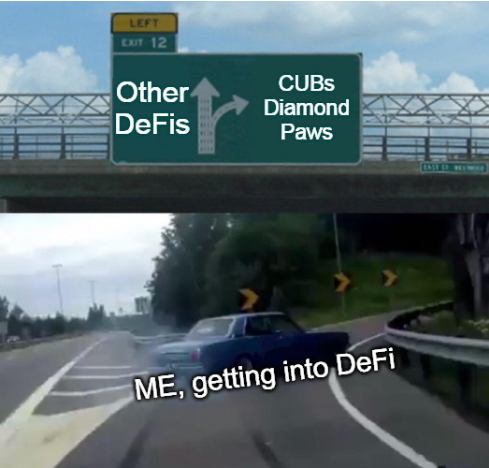 The question everyone has, wen moon? might be easy to answer, at least for me, and the answer would be that we are already moon. How? Most can't afford that Lambo yet or that Tesla for the hipsters around. Well, this is not entirely true. With bad pool choice a 0.5% a day is not to be missed. If someone put's $10k, on a 0.5%, there would $50 coming in #CUB tokens in. With 30 days a month, which brings us on $1500 monthly, one can easily lease a Lambo or a Tesla.

Not spending anything coming from the pool and only compounding it daily will just accelerate the growth of our pool portfolio, which will bring even more cashflow. A high constant passive cashflow gives us the real freedom, that of time which can be spent doing pleasant things and not trading it for money.

Did you try https://cubdefi.com/ ? What is your experience? How do you see it?