If you have never traded futures, you have not missed anything but an opportunity to lose a big chunk of money. Money that could have been invested in any project of your choice. Money that can buy LEO/HIVE and many other promising tokens in the crypto-world. In other words, trading futures is bad for both - your financial situation and your peace of mind.

Yes, you may get lucky and become super wealthy over-night but mostly, people get rekt. They blow up their accounts while trying to make big gains. Sadly, I'm now one of them. In the last two weeks, I managed to blow two accounts and now my portfolio has suffered a great loss. But let's start from the beginning. 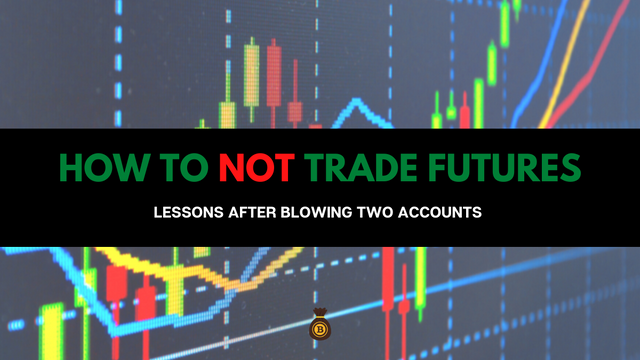 So, one of my real-life crypto friends told me he started to trade on Binance futures and asked me if I have tried that stuff myself to which I said that I hadn't. He showed me how it's done and that he had some nice profits so I decided to try it out on my own skin.

The next day I transferred about $25 USDT to my Binance futures account and gave futures a try. As the market was going up, I bought some Ethereum ''longs'' and pretty soon made it to $250 in my futures account. It felt nice but now that I'm looking back - it got me too excited.

Being too excited resulted in buying more ''longs''. It didn't end well. I got liquidated. It sucked. What did I decide to do next? Just some revenge trading. After getting liquidated, I understood that my leverage was too small and I had to have more USDT in my futures account to avoid the same thing the next time I try.

Unfortunately, the second time was worse. After losing $250 which I made in about two days, I wanted to make it all back. It was stupid. Never do revenge trading. NEVER. What I did was, I deposited about $700 to my futures account just to feel safe in case of a dip. A few days later I had about $1500 in my account so I felt like I was getting a grip.

Then, I fell in the bear trap which @edicted wrote about. And got liquidated the second time! Greed took over me and even though I felt that there will be a dip, I made a decision to hold on to my ''long'' because I thought it wouldn't dip as much as it did. I left my position over-night without putting ''a stop-loss'' and lost all my USDT. The second time sucked way more than the first. Not because of the amount that I lost but because I sold some precious coins on my Binance account to get more USDT and do the revenge trading.

What Did I Learn?

Yes, the best way to learn something is by doing it but it's not learning when you're simply throwing away your money. You must start small, with an amount that you can afford to lose because it's almost inescapable. Somehow, I imagined that everything will go smooth and in a few months I'll be a crypto whale. Things don't work that way.

The bigger the leverage, the bigger the multiplier. And the greater the loss. Adjust the leverage down from the default 20 to something in-between 5 and 10. That way you'll lose less if things go the other way. I was using the default one all the time - it was a mistake.

Whenever you buy a position in the futures market, you can set your TP and SL. TP means take-profit and will sell your position when a certain price is reached. The opposite of that is SP which is stop-loss. If I had used stop-loss when trading futures, I wouldn't have lost so much money. If a third time comes, I'll be a lot smarter (hopefully).

When you start trading, you must have a trading strategy, or else it will simply become a game of luck. And I'm winning more sports bets than I won on un-reasonable trades. Or should I say, emotional and greedy trades. I wanted a lot in a short period of time and ended up with nothing. Not because I was doing badly but because I wanted too much.

If I took profits as soon as I got to a certain percentage, I'd be in a much better situation right now. The same goes for stop-loss. I didn't use it because I felt too confident about my leverage and that the dip won't be as big. It fucked my game up. A lot!

Don't be as stupid as @bagofincome and don't do leverage trading. Buy your crypto in the spot market and HODL! It will be a much better investment. Especially, if you have never done trading before (like me). And - you won't lose your crypto even if it falls to an all-time low. But in case you want to risk it and try out Binance futures, here's my referral link which will decrease your fees by 10%.

Thank you for reading! HODL!