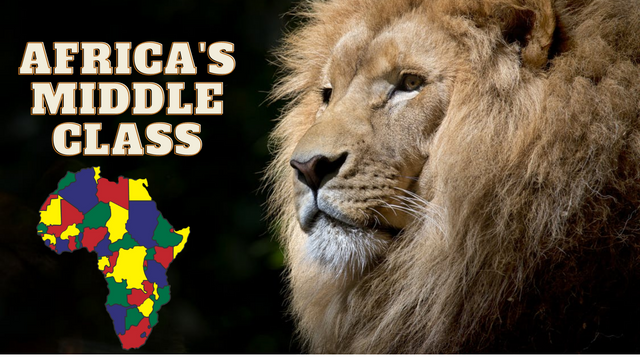 I read this story about a dude who imports cars with Bitcoin in Zimbabwe and I just couldn't help but feel emotional about it. I don't think I'll ever meet this guy but it's really impressive and I'm happy for him.

Ovidy is just one of the millions of Africans that live in poorly run economies.

Make no mistakes, everybody in the world is going through shit right now but Africans are experiencing the worst of it.

Certain problems that have been solved hundreds of years ago in developed societies are still prevalent in Africa. Whether it's electricity or handling the absolute basics like water, it is NOT available in most places on the continent.

You can complain about these things for as long as you like but the truth is that nothing will change because the politicians want things this way. The concept is one of those deviously genius ploys that you see and just be in awe of.

In Nigeria, for example, poverty has been weaponised my whole life. People are very hungry and a couple of dollars worth of food is enough to make people sell their votes and future.

In every election period, politicians take fat loans for major bribes, offer zilch to the populace, get power, steal funds to repay loans and then some for the culture.

The loans they take will be used to bribe millions of people to vote. People that accept these funds suddenly lose their voice because, well, they've been gagged by the money and most times, the people don't even know better.

Concepts like rights and demands of the politician don't really matter to most Nigerians. We're poor and we just want to eat, so if a sane politician like Peter Obi comes with genuine promises and direction, they won't still vote for him because he won't have thugs at pilling units sharing $6-10 to buy votes.

Crypto is stepping in

Just like my brother in Zimbabwe which has one of the worst economies in the planet, I'm also a beneficiary of the crypto industry.

Crypto enabled me to pay my rent for the umpteenth time and has funded my entire life.

If it wasn't for crypto, I don't know what I'd be doing with my life. To say that crypto saved my life is an understatement because it is my life.

In countries like Nigeria, for example, the wicked inflation and horrible management of the country are vapourising whatever is left of the constantly diminishing middle class.

The absence of a middle class has created this insane divide in the country and right now, if you can afford to eat regularly in Nigeria, people will think you're rich.

The crypto industry is slowly reviving the middle class in a society bereft of basic amenities. It is going to take a while but I believe that crypto will be a huge part of Africa's future.

This is what we hope for ,the libration will take place soon for people that invested into crypto

I think your right. A decentralized blockchain and currency that retains its value and keeps money circulating in an economy grows the local economy

Thank you very much

The Zimbabwean man must be such a lucky man . In a country where the citizens are selling their toes to make ends meet, he must be a baller.

The absence of a middle class has created this insane divide in the country and right now, if you can afford to eat regularly in Nigeria, people will think you're rich. — where is the lie in this ? I Absolutely see none . It’s either you’re rich or you’re poor . The country’s economy currently has been so terrible there’s a really wide lacuna between the high class and the lower class,the middle class has obviously been wiped out for a long time. Crypto has really been a succor especially to so many unemployed teeming , active not lazy youths in making ends meet and living a comfortable life .

You know things are bad when people are prepared to sell their children's future for $6. Damn...

Btw I kinda believe that crypto will start changing this status quo fairly soon if we don't nuke down to zero. I'm guessing that food and housing prices are a lot lower in your area considering the vote value. This means that residents of countries that have more disposable income could pipe in some money for "cheap investments" through DAO funds and similar stuff.

To put it bluntly, it would probably take 10s of thousands of USD to set up a small farm or small business in the US while doing the same thing should come at a fraction of a cost in countries like Nigeria, right?

This would be considered as low-risk investing for the rich and a golden opportunity for the lower class meaning that we could (in theory) bridge the gap by simply providing equal opportunity and diverting a small portion of capital to those in need since most of it is unproductive atm.

So my question is, wen Nigeria DAO fund by Belemo?

That is why human governments are useless, because as you say their intentions are to steal and continue to make the people suffer, who by survival or extreme necessity elect them because of the promises that these politicians make.

This is how cryptocurrency give us examples of its Use Cases. And I just read yesterday somewhere on Leo that Russia is also planning on a Blockchain based transaction system known as CELLS, it will remove SWIFT system's need in current EU sanctions. Cool.

Each time I see things like this I feel so happy to be in the crypto space so early. Crypto is saving lives.