So I bought Cublife token 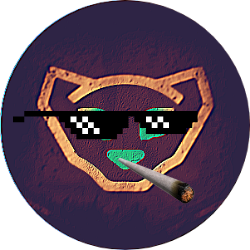 Alright, @finguru, you got me, I'm buying some of the tokens, you happy now? :D Seriously though, take a look at this post and decide for yourself if you want to participate.

Cublife is one of the subsidiaries of @lbi-token team, an investment company that's based on Leofinance and has grown into something special. If you want to earn a dividend, you simply have to hold the token, no staing required.

Cublife token that magically appeared in my hive-engine wallet has been paying me dividends in Leo token, so when Finguru made his post about it, I was already aware of it and the airdrop by the way. It is an investment in liquidity pools for people who don't necessarily want to directly participate in a liquidity pool.

I originally didn't want to buy the token because I'm already well extended in my liquidity pool activities but I later figured, shit why not? There's nothing wrong with getting me some more tokens in the process, and earning Leo dividend.

I sent out 350 hive to @cublife a while ago and will be waiting for my cublife tokens to magically appear in my hive-engine wallet in the coming hours. The main reason I'm throwing some Hive at this token is because the team behind it are solid and work hard to give investors a dividend.

My investment in LBI shares for example has done quite well and so, I'm not actually worried about this one going tits up. If you want to invest too, which I highly recommend, you can do so by sending Hive, Leo or Swap.hive to @cublife for your piece of the pie.

The token will be going "public" soon and traded on Hive engine soon. So not only will you earn Leo dividend, but there's also the value proposition of the coin mooning soon. This is a bull market and remember the coin is based on Cubfinance, so that's also an extra opportunity to moon.

This isn't financial advice, just letting you know how I feel about it. Remember to DYOR and all that stuff. Stay safe out there.

Hahaha. So happy for you bro. Great decision! I am sure you will enjoy those juicy dividends 😬

You are living a thuglife now :')