As The Nay Sayers Continue This Keeps Happening With Crypto 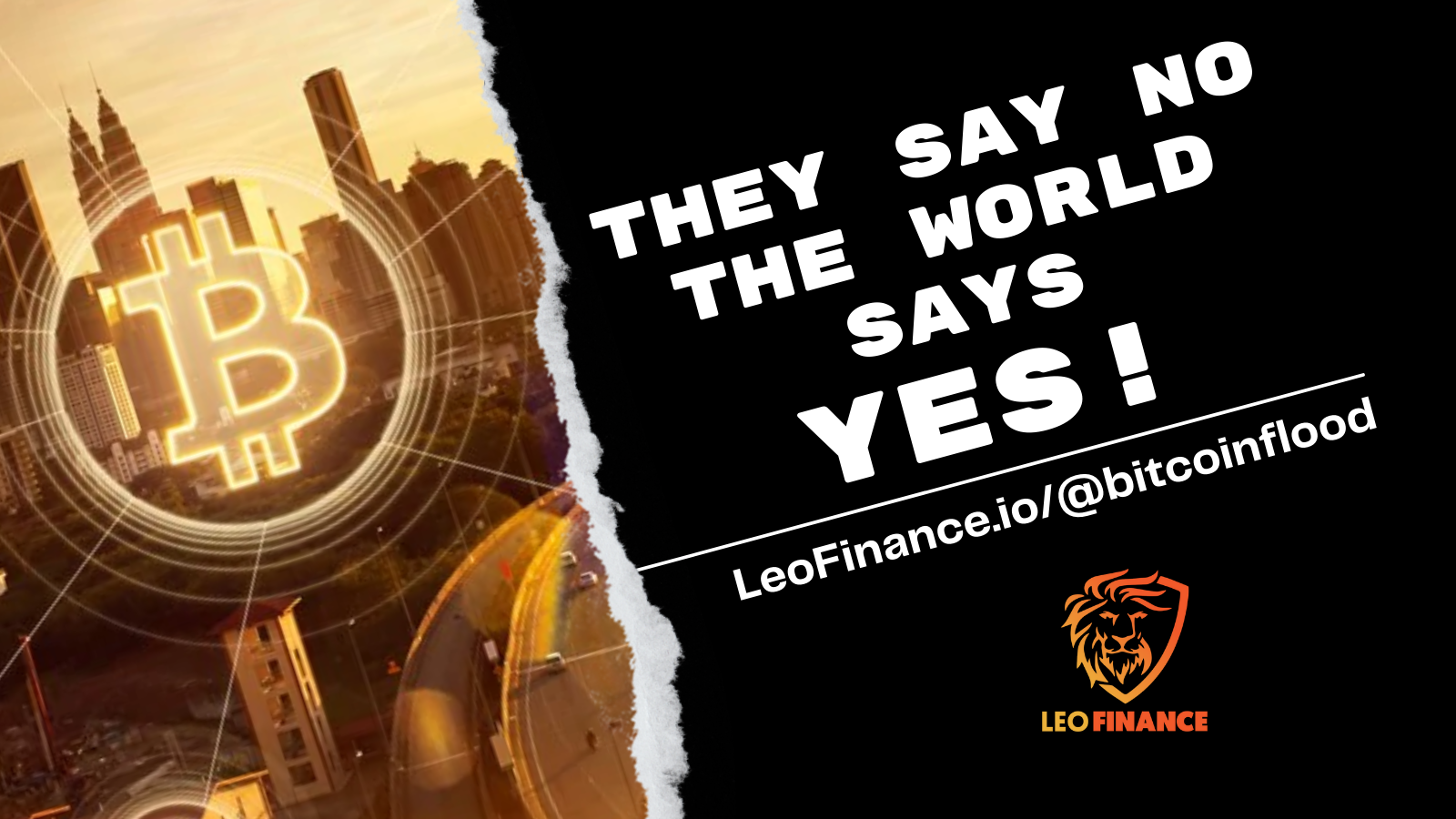 As The Nay Sayers Continue This Keeps Happening With Crypto

It's funny to me that when markets start to dump a bit, which don't get me wrong a 8% slide in a week or 15% is substantial that all the bad news drama starts hitting front pages and so called big time investors start calling it all a scam.

But what we see is something else happening on the back end. Remember the days when other large investors called cryotcurrency a scam and they would never touch it? They are now some of the biggest adaptors fully in and even investing in new startups like Polygon and the NFT markets.

What we see on the backend is massive amounts of wealth being generated and many new and large cap investors getting in on it.

It's why we have see our market cap shrink by 1 trillion almost over night and then pop right back up 2-3 months later. It's why we continue to see new large investors buying in and large companies taking foot and building applications around.

It's why we see more dapps, uses cases and innovation happening than ever before.

I mean heck the interent was a scam and would never take off at one point as well remember that?

Then one day social media came along and it blew up!

Cryptos already had two minor blow ups being the NFT markets and the DeFi markets but that's only getting started and still evolving and growing.

In fact unless you have been watching you may have missed it but DeFi already hit new highs and looks to be gearing up for yet another large breakout.

So what does all of this mean?

It means more than likely you are still on the start of something great. While it wont happen over night if you take 10 years 5 years heck even the last two years you can see the massive amount of growth crypto has had in the fact of serious backlash. Even with all of that backlash it just digs in deeper and continues to bull run outpacing traditional investments by thousands.

What are some areas of growth I see?

There are three total sectors I'm watching closely and investing in. They are moving targets so I can't just give you one in particular I think will do great as it changes almost daily as new updates are released.

The DeFi space is just getting warmed up and primed. While the SEC and other places keep using scare tactics to hold it back it's clear as day to me it's going to keep blowing up and they can't stop it (which is what they fear and why they keep doing these sly shady tactics to try and scare people off)

I've been saying it for years. Gaming would be one of the most powerful aspects to drive crypto adoption, growth and value the the chains. Currently they are simple however not much to them. But soon they will be full fledged MMO style games where everything crafted and owned as a true asset on the blockchain which can't be hacked or cheated.

I wont write too much about it here as I want to write a more detailed article on this here soon so be sure to follow and drop a upvote if you want to learn more about this upcoming trend!