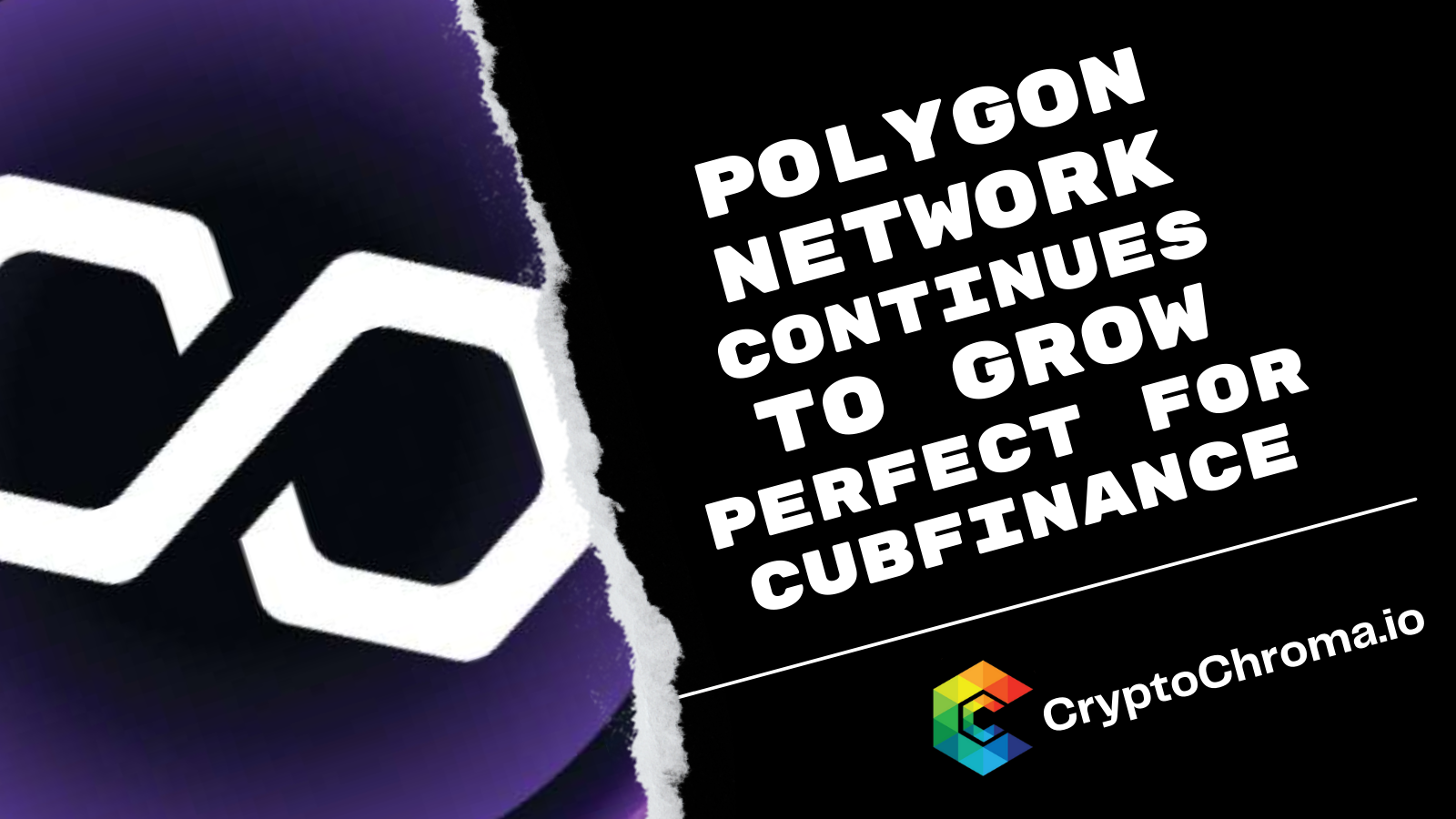 The Polygon network was launched in 2017 formerly known as Matic. Before this time the Polygon team was actually huge contributors to the Ethereum ecosystem. They saw a scalability issue and decided to develop a second layer blockchain to help remove those high fees.

2017 saw our largest rally ever however every second layer token under Ethereum was launch and at the time it was difficult to tell what was a flat out money grab and what one was a serious project.

Ethereum also had said it was working to alleviate the scalability issue however even to this day we still don't have that system now 4 years later. It is somewhat promised to us early to mid next year but I'm not holding my breath.

In just a years time the amount of applications using Polygon has grown immensely. From 30 this time last year to over 3,000 and soon CubFinance will be on that growing list!

It might not seem like it at this point of time but Polygon actually has a 2x growth pace of Ethereum at this point in it's life cycle (3 years) This could very well simply be account for by the fact that here are more developers and Blockchain tech itself has advanced greatly since three years ago but it does show that Matic (Polygon) is heaving a steady growth trajectory at this point.

This is actually pivotal for them right now as when (or should I say if) Ethereums Proof Of Stake system rolls out that Polygon will have a solid set of applications that people are already using. By having these assets and growth on their chance it allows the punch they might take when fees are finally fixed on Ethereum as that was one of their biggest inital selling points.

One of the applications I took notice to one such application OpenSea now has an option to either inject the NFT on Ethereum or Polygon which are their only two options. I find this interesting as many other 2nd layers have reached out to OpenSea to be included but only Polygon has been picked so far.

This might very well be because of what I stated above. The team on Polygon has been heavy contributors to Ethereum and continue to support Ethereum as well. This leads them into a good (partnership) between the two compared to some other second layer. This holds promise that Polygon will be one of the second layers to grow and thrive is this change takes place.

Working With Each Other

I firmly believe we are getting out of the phase where blockchains that don't work with others are starting to die. I believe they should honestly. The mentality of not working with others is a great way to isolate yourself in a world changing tech and one where no one want's to include you in their projects.

We see this with Bitcoin cash for example who's mentality is still we are the real bitcoin and all that BS. Along with a few other blockchains which I don't agree with and don't support. Instead I believe systems that help each other and provide solutions for each other is the way to go.

I don't believe any time soon if ever we will have one single blockchain that does everything amazing compared to others. Instead it will be a combination of blockchains that work with each other and each offer up it's own unique special abilities. Be it NFTs, smart contracts, no fees, lower fees, DeFi or something we still haven't even though of yet. That's the future of blockchain and Polygon seems to be fitting itself in well.