Threads: "My Day Before Approach" 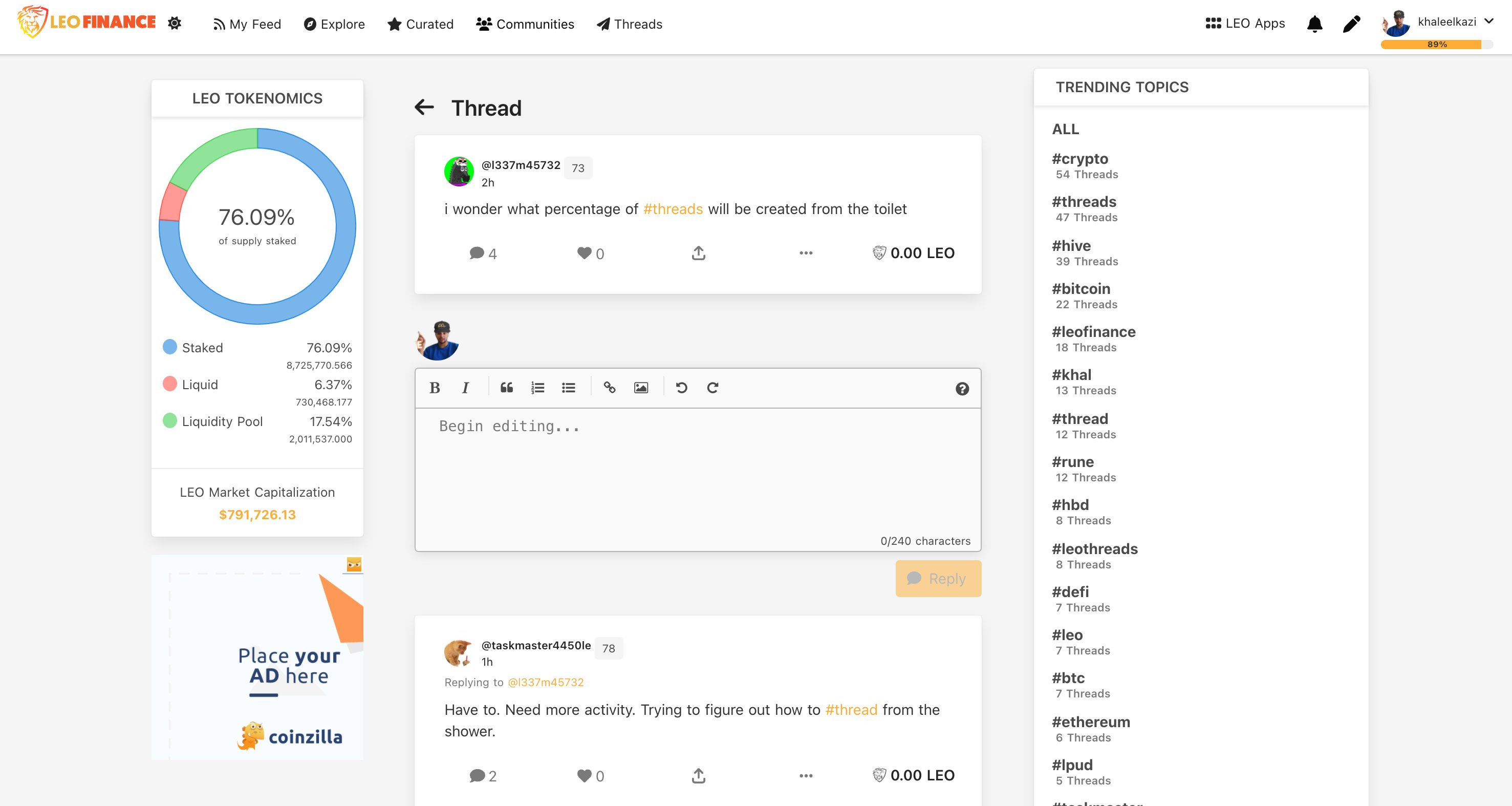 It's the Eve of Threads on Leo and I'm pretty excited. I always like to consider my thoughts on things the day before because I know the reality is never like I believe it will be. So it's kind of fun.

Every since I get on Steem/Hive 5 years ago I thought the content needed to be short form. Not all (nobody agreed). We were not the place for shit posts they said.

But in my mind "Medium" as a growth platform was dead and Twitter, Instagram and Facebook had at that time, spent nearly a decade training people that short-form content was the only thing that mattered. They were right.

Microblogging was always the "killer dapp" for me and I have been banking on Project Blank since it was never officially announced a few years ago. In fact I sat out most of the bull market with my cash in Leo in case it "happened".

So now we are here. Not Project Blank, but it's a start. Threads will be a test of what is to come down the line but I'm excited.

My thought would be how to curate early on in day 1. Right now I'm really into keeping my hive and leo vote at 100% so I can earn some curation with hive. I spent 4 years curating wrong and only creating dust. I'm not doing that anymore.

So my initial plan is this. I'm going to thread and engage, when I see a thread with more than $.01 on hive I will give that a 100% vote so both myself and the author will earn from the curation.

Now this assumes that our threads will show up on our hive blog somewhere and I have no idea if that is the right assumptions. That's why it's so fun to think about these things before they launch.

What is your curation plan for Threads? Let me know in the comments.

👏🏻 Will test it Right away when it’s live! Just !LUV Microblogging!

Should be fun. I'm sure there will be some bumps and bruises but it is being tested thoroughly from what I hear. I have high hopes for this

Congratulations @cflclosers! You have completed the following achievement on the Hive blockchain and have been rewarded with new badge(s):

I assume it's going to be working more like comments but I am not really sure how it's going to work. I have a feeling that I will be focusing more on tribe curation instead for Project Blank.