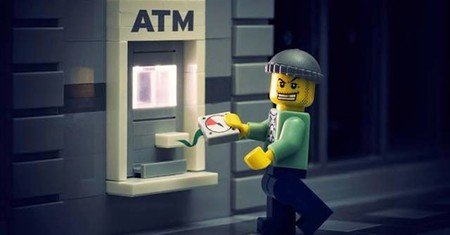 If you have been in cyberspace for some time and are passionate about hackers and their derivatives, you may have already heard of the term "Jackpotting", if you still do not know it, then get on this old man who will review its meaning and its similarity in the environment of cryptocurrencies.
According to studies, this technique is very common among hackers so it is not surprising that while you are reading these lines, in a Latin American country or on the European continent to give some examples, one of these acts classified as fraud is taking place and theft!

Some hackers use this technique to literally create a rain of bills coming out of an ATM and it is that in the best style of that great movie of Fast and Furious version 5 where Ludacris with the press of a button on his cell phone, the cashier goes crazy and begins to spit out beauties creating an atmosphere of euphoria among the crowd that for some reason was close!

They do it with malicious programs, one of them widely used in Europe as "Ploutus", most of them for sale on the deep internet, for this they must know the brand and model of ATM. 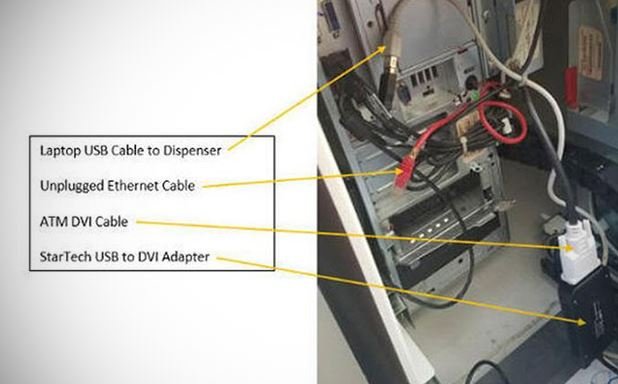 That said and due to the simplicity in which they managed to obtain the keys from ATMs, even most bought on platforms such as e-bay or alibaba, they are preparing to insert the malicious software through a raspberry Pi, typing commands and a lot. Of strategy, these Cybercriminals can be done with a lot of money, since by recognizing the brands and models of ATMs they could duplicate this operation and have the same results! 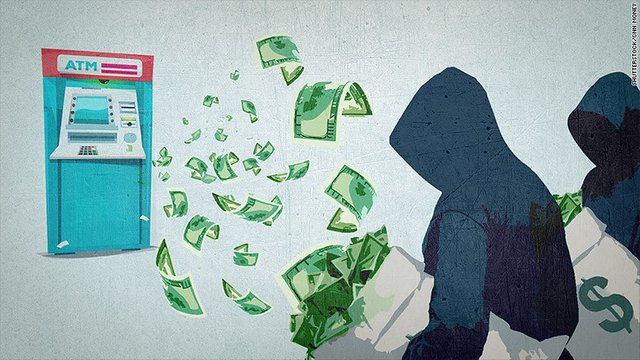 Far from you thinking that this is a guide on how to hack an ATM, I have to be somewhat explicit so that you understand the main point of what I intend to convey to you!
And back to the subject, these banks pay little attention to this type of theft, since these ATMs are fully insured! causing zero losses to these large financial monopolies, I understand that it does not surprise you at this point that banks never lose, do not blame yourself, the system was created to always favor them even in that!

It's time for us to connect the dots and acknowledge the similarities of what we've talked about so far! If you are new to the cryptocurrency environment, let me clarify something, if you decide to trade, I can tell you from my own experience that it is the most legal way I have seen to steal your money, it will be a matter of little time if you are really skilled, the date counts and if you are a little slower, you will lose 200% more than the standard measure!
If you decide to make a cryptocurrency hodl in one of the most popular portals to have cryptocurrency information such as https://coinmarketcap.com/, you will have the task of choosing the one that you think is the best of the more than 4,600 projects listed there, And the number keeps increasing! So you can indulge yourself and prepare a good tea or snack so that you know how to surf the wave of% &% $ @ that you will meet!

I trust that by now you have already told part of what I was telling you at the beginning!
Not exactly as easy as you first thought, or seriously thought that money would rain from the sky as soon as you exchanged your fiat money for Bitcoin!
Welcome to the concrete jungle, a great friend would say, you have entered the most volatile space, with more scams and lies than you had ever imagined ...
Now not if you got here, congratulations because not everything is bad! Even if you're already in #leofinance, you've hit the mark and have a great chance of success as long as you keep your eyes open and take advantage of the good content shared by some of my fellow writers, capturing almost unique opportunities with great potential. to make history. as things are # CUB, which although it is a DEFI has enviable characteristics in any defi of market capitalization or even greater popularity!

let me explain why CUB is better than any other Defi
If you're looking to dig a little deeper into the history and trajectory #leofinance has taken thus far, it will only be a matter of time before you realize there is a committed and fully dedicated team behind the scenes, rowing. With a single north, that the community is more solid every day, without looking the other way in case the number of users increases or not, since when a product is good, users arrive alone and when they recognize the quality they stay, they collaborate and they recommend, using good practices that working together they only seek to contribute their part so that sooner rather than later, it continues to give excellent results!