PolyCUB on its own is value oriented both in terms of legacies and dollars and in order to continue with this trends, it needs to constantly launch innovative Multi-token bridges that'll make the project meet it's goals. 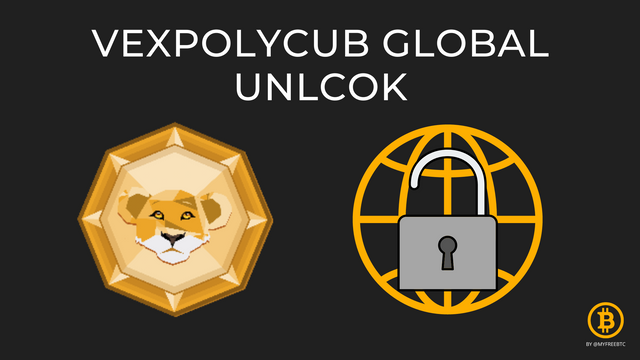 For sometimes now I've been thinking that everything happening around PolyCUB was planned from the inception, but thank God I'm here present to know how the process is unfolding.

From the emergence of pHBD-USDC vault to the actualization of the complete PolyCUB V2 vaults (pHIVE and pSPS), PolyCUB have been setting a legacy that'll take other DeFi platforms a long time to come closer to.

Should we look into the exceptional nature of the xPolycub governance and what it has become today, you'll see a clear difference between the two DeFi worlds (PolyCUB and others). To take governance to its permanent site, the Leo Team incharge of PolyCUB, created an life changing idea known as Voting Escrow xPolyCub (vexPolyCub), to serve as both a voting amplifier as well as a fixed deposit platform for xPolyCUB holders.

It's been a week since vexPolyCub went live on LeoFinance.io and as we can see, it's really growing rapidly and will surpass it's current amount of xPolyCub stake in common coming weeks.

Just within 48 hours of going live, a total of 40% xPolyCub were migrated into the vexPolyCub platform, making it one of the quickest migrated PolyCUB bridge. As at that point at least $4,000 PolyCUB needed to bought back to the protocol, although, I don't have the current data on the amount of PolyCUB that'll be needed as buybacks.

Let's assume that the amount needed to purchase PolyCUB is $4k per month, the vexPolyCub lock needs about $4k X 24 = $96K worth to distribute to holders of vexPolyCub.

This to me is super amazing, because we don't really know whether PolyCUB will be at $5, $10 or probably higher than that, when this amount is sold, it'll be a huge dollar in display.

To join the winning team (vexPolyCub), migrate your xPolyCub into vexPolyCub for 2 years period and enjoy one of the legacies of PolyCUB.

The right source for the image you're using is laterally on the bottom right corner... You could have used it

I'm very sorry about that, I didn't know, that's what I saw, I've noted that. I'm truly sorry. I'll edit and replace the source immediately. Thanks for your understanding.