CUB Data On Total TVL By Farms and Dens, Inflation and Price

CubFinance launched around March 8th, or just above a month. It’s been a great months for the platform as it found some stability after the launch and a clear roadmap going forward. Also, a lot of lions have made nice yields in this month.

After the first couple of days, I have made post with some CUB data:

Time to revisit now and see how things stands and what have changed and look at some additional data as the supply. 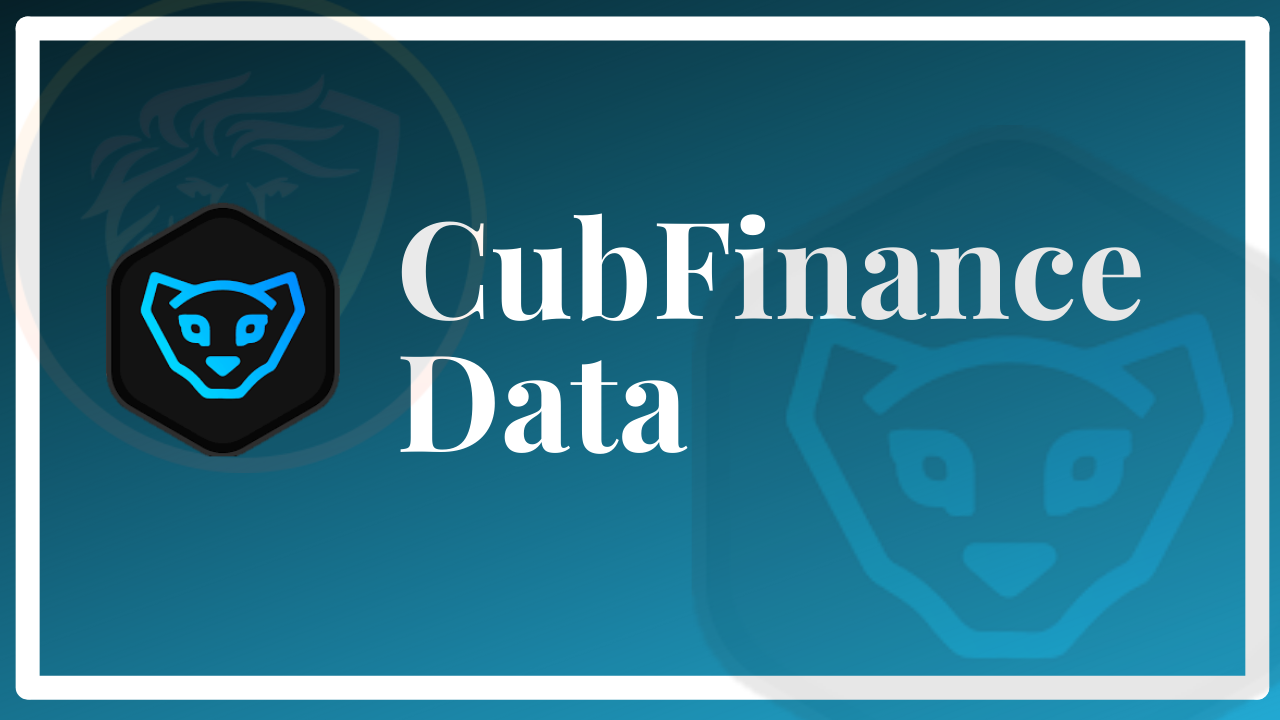 The total value locked TVL usually is one of the key metrics that is looked at about these platforms. Cub is not yet in some of the apps that are tracking this metric over time, but I have managed to gather some data and represent a rough chart on this.

Here is the chart for TVL. 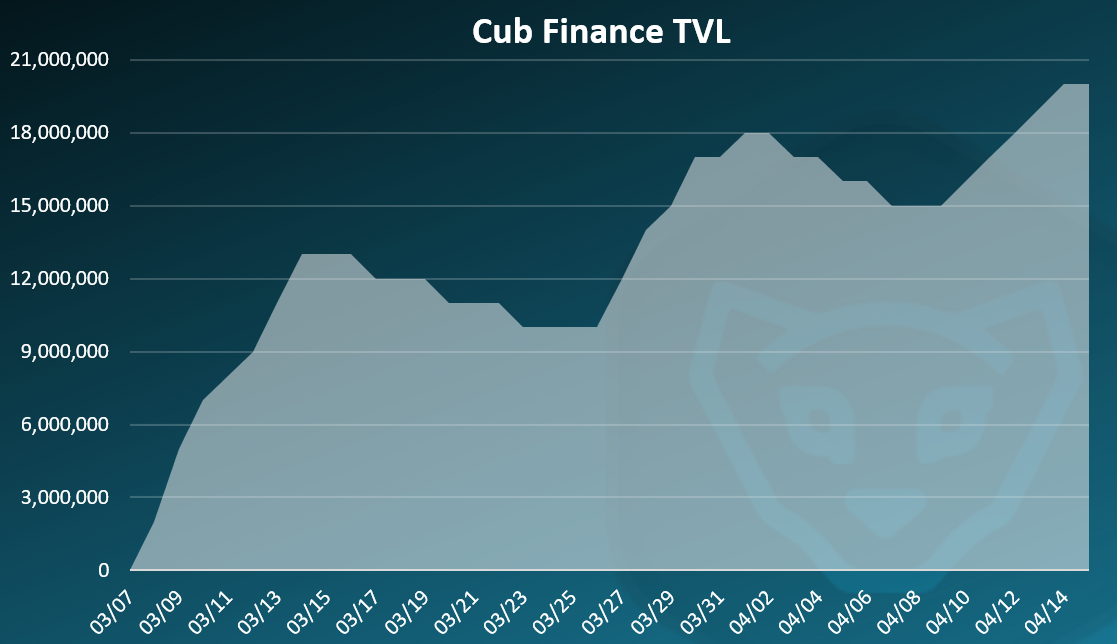 Note, as mentioned this is not an exact representation of the TVL, but a rough estimation.

As we can see CUB has an amazing start reaching more than 10M in TVL just in a few days after its launch. There was a period of small decline and then at the end of March, a sharp growth again, reaching 18M. There was a no fees day around that time, so this has most likely increased the TVL.
In the last days we have seen another growth reaching 20M in TVL.

Farms that got removed:

Dens that got removed:

From the dens, all stables were removed, since users have the stable to stable option in the farms. 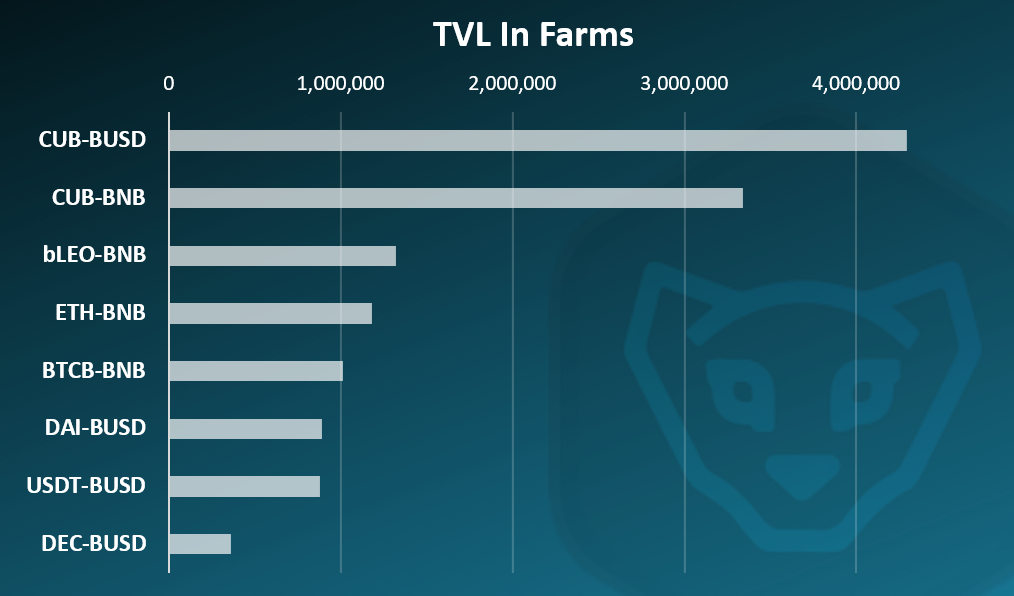 Note this numbers are at the moment of writing this, they can change fast.

There is a total of 8 farms now, down from the previous 12.
At the top are the two CUB farms, CUB-BUSD with almost 4.2M liquidity, then the CUB-BNB with more than 3.3M.
Combined from these two pools CUB now has around 7.5M in liquidity.
Outside of CUB pools, next is the bLEO-BNB pool, with 1.3M in liquidity. These three pools are the most incentivized so there is a good reason why they are on the top.

Next are the ETH-BNB and BTC-BNB pools. Obviously the top two coins, and then the stable coins pools.

The Dens
Here is the chart for the dens. 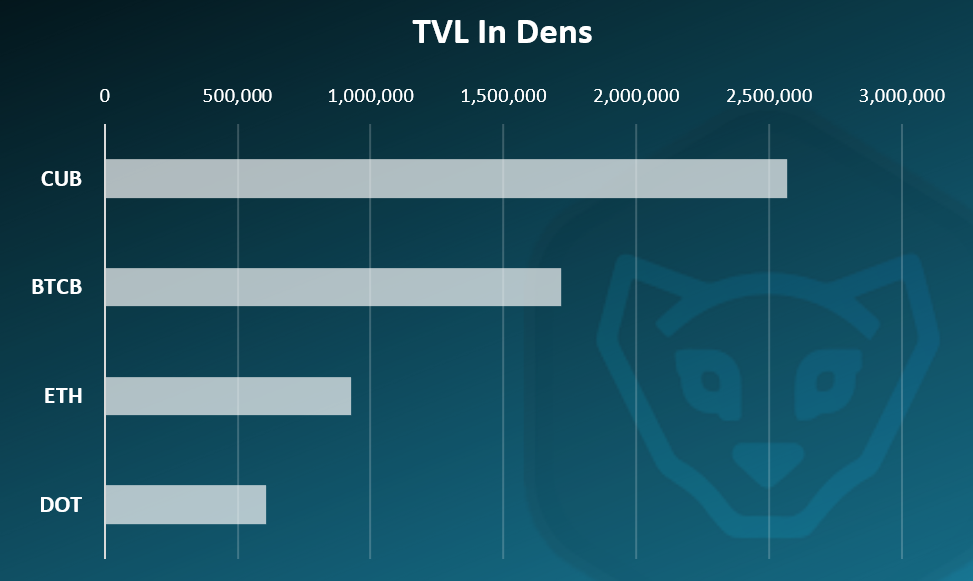 A lot of dens were removed and now there is only four of them. CUB, BTC, ETH and DOT.
Dens are single assets pooling, if you want to avoid impairment loss. You stake your asset and earn CUB.
CUB is on the top here with 2.5M, basically stake CUB earn CUB.
BTC is next with 1.7M, followed by ETH and then DOT.
A total of 6M staked in the dens.

CUB is starting with a low initial supply and high inflation and no presale.
What this means that going forward most of the token supply will be mined by liquidity providers.

As stated in the docs the inflation goes like this:

The fees that are earned from deposits are used to burn CUB. Here is the chart. 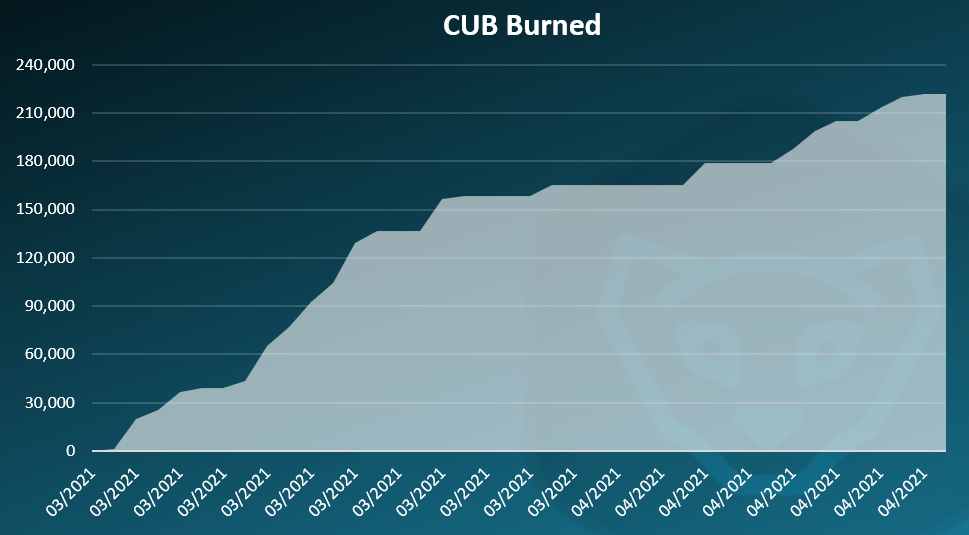 When included the burns the **supply looks like this: 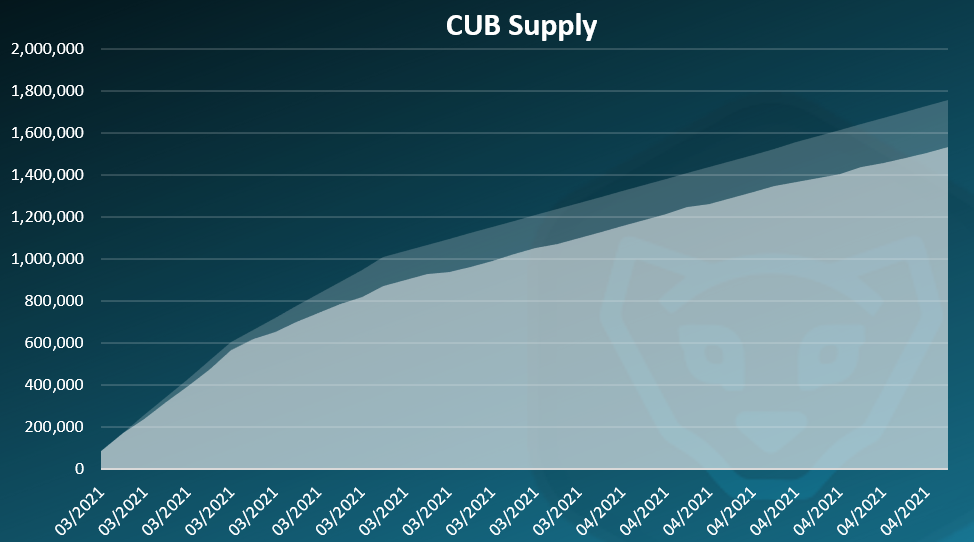 We can see that in the first two weeks there is a sharp increase in the supply since the inflation per block was x3, then x2. Since then, we have a more gradual increase, and the burns are also reducing the supply. At the moment there is around 1.7M CUB minted and with the burns the supply is around 1.5M. More than 10% of the supply has been burned in the period.

At the end the price with data from coinmarketcap. 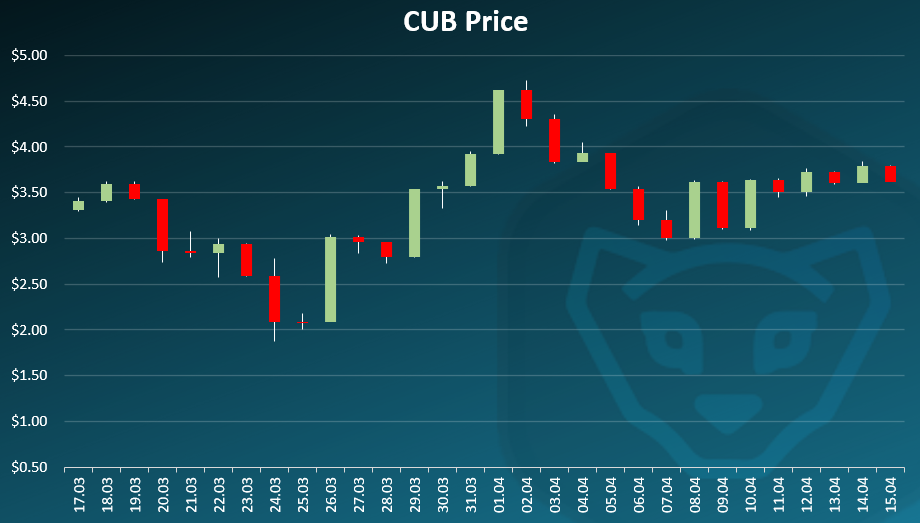 The first days are missing here, since CMC didn’t list CUB on day one, but we can see that in the last 30 days CUB has been trading in the range from 2$ to 5$, and quite stable in the last week just above the 3.5$ mark.