This is a report for the top Hive earners by category for July 2021. 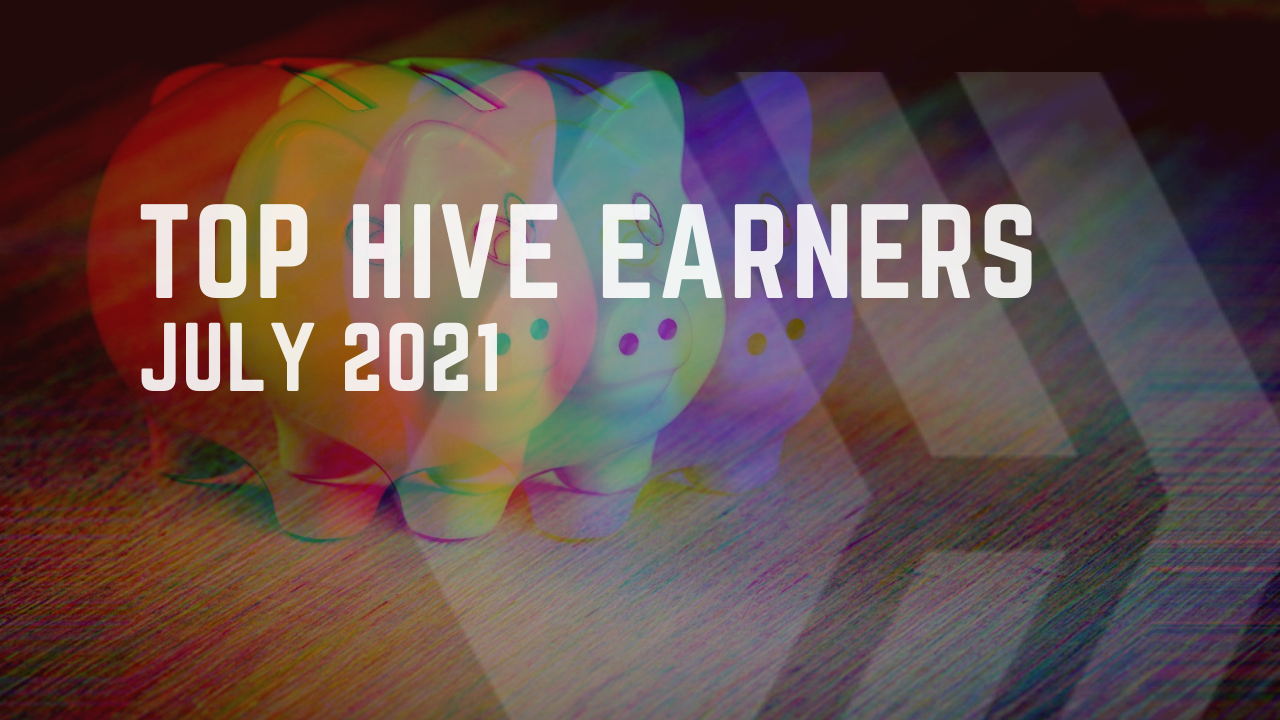 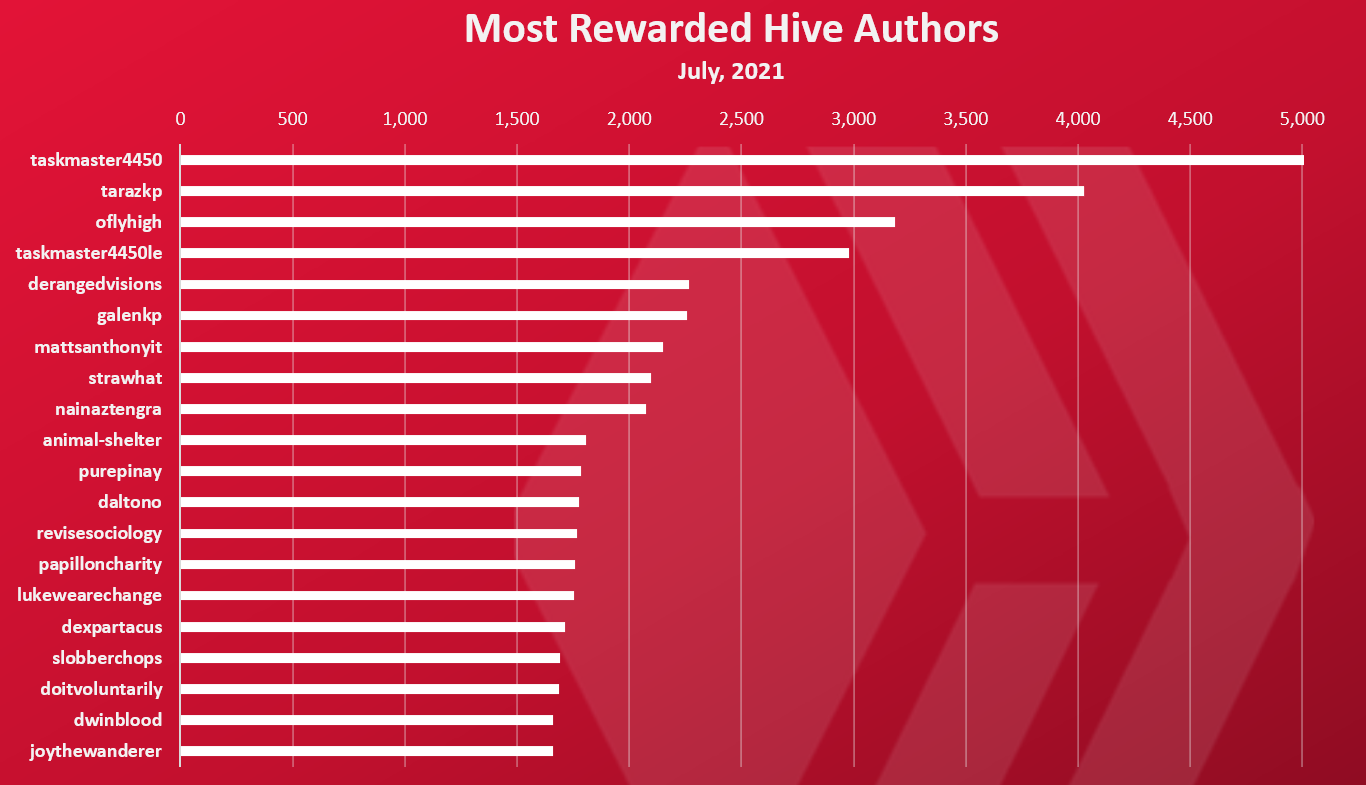 Note: These are not totally accurate numbers because there is a conversion on VESTS to HIVE, for simplification.

Author rewards are one of the most know in the blockchain as a lot of users are attract for them.
@taskmaster4450 is on the top with more than 5k HIVE equivalent earned, followed by @tarazkp and @oflyhigh. 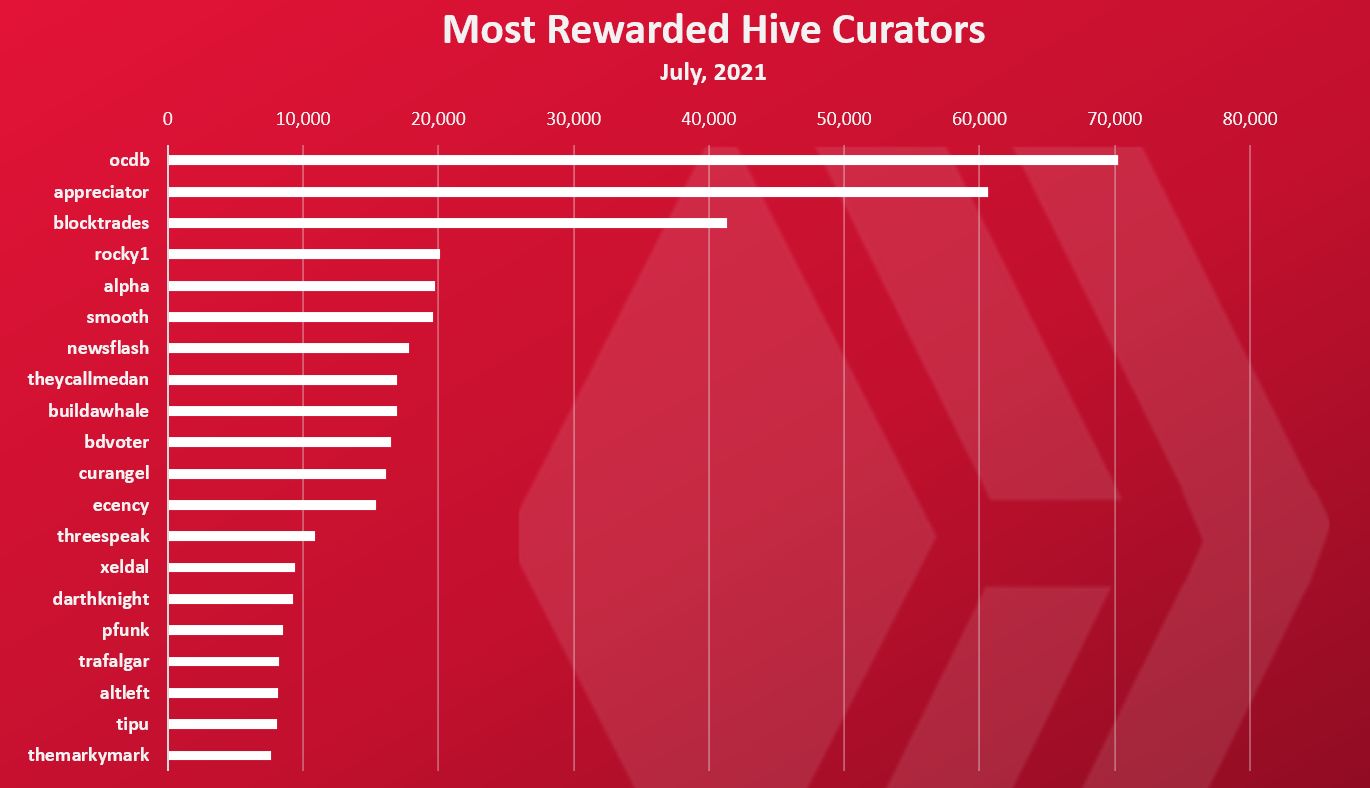 @ocdb is on the top here with 70k HP, followed by @appreciator and @blocktrades. 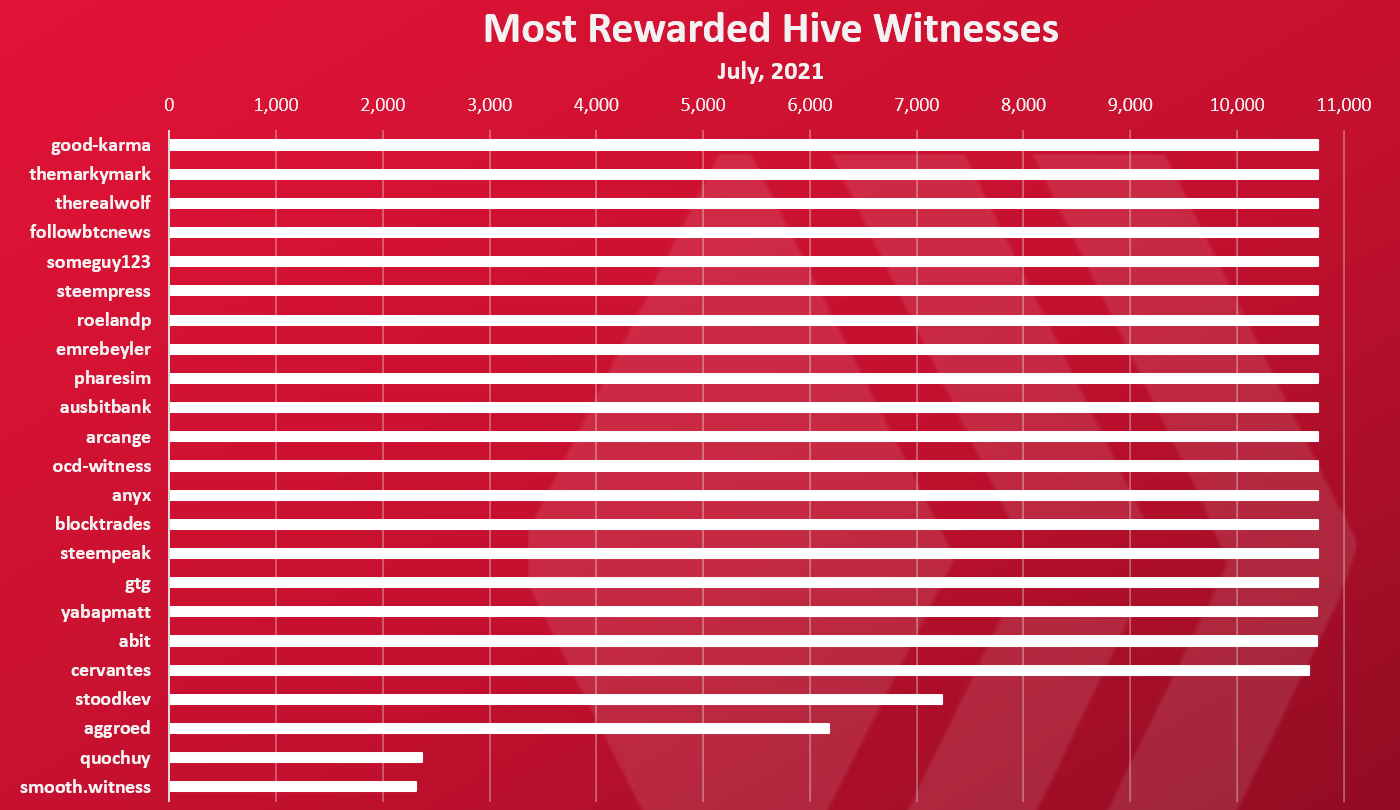 There seems to be a healthy competition among witness now, around the 20th spot. 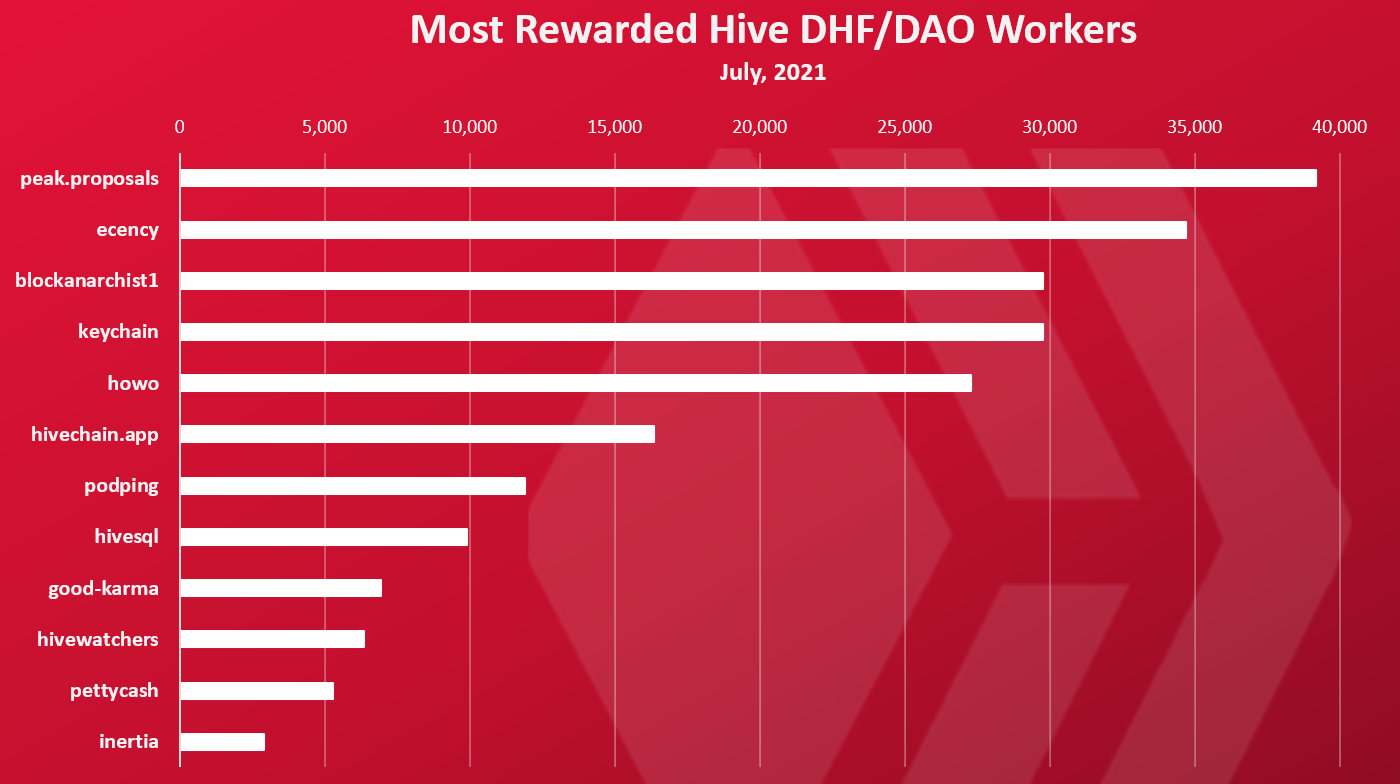 @peakd is on the top here with 39k HIVE equivalent (12k HBD), followed by @ecency and @blockanarchist1.

Note on the special @hbdstabilizer. I have exclude this account from the here, since it is dominant on the top, with 1.3M HBD received in July 2021, but since technically its not keeping those funds it is excluded from the list.

From the data above we can compile the payout for a single ranking on overall top earners on the Hive blockchain in July 2021. 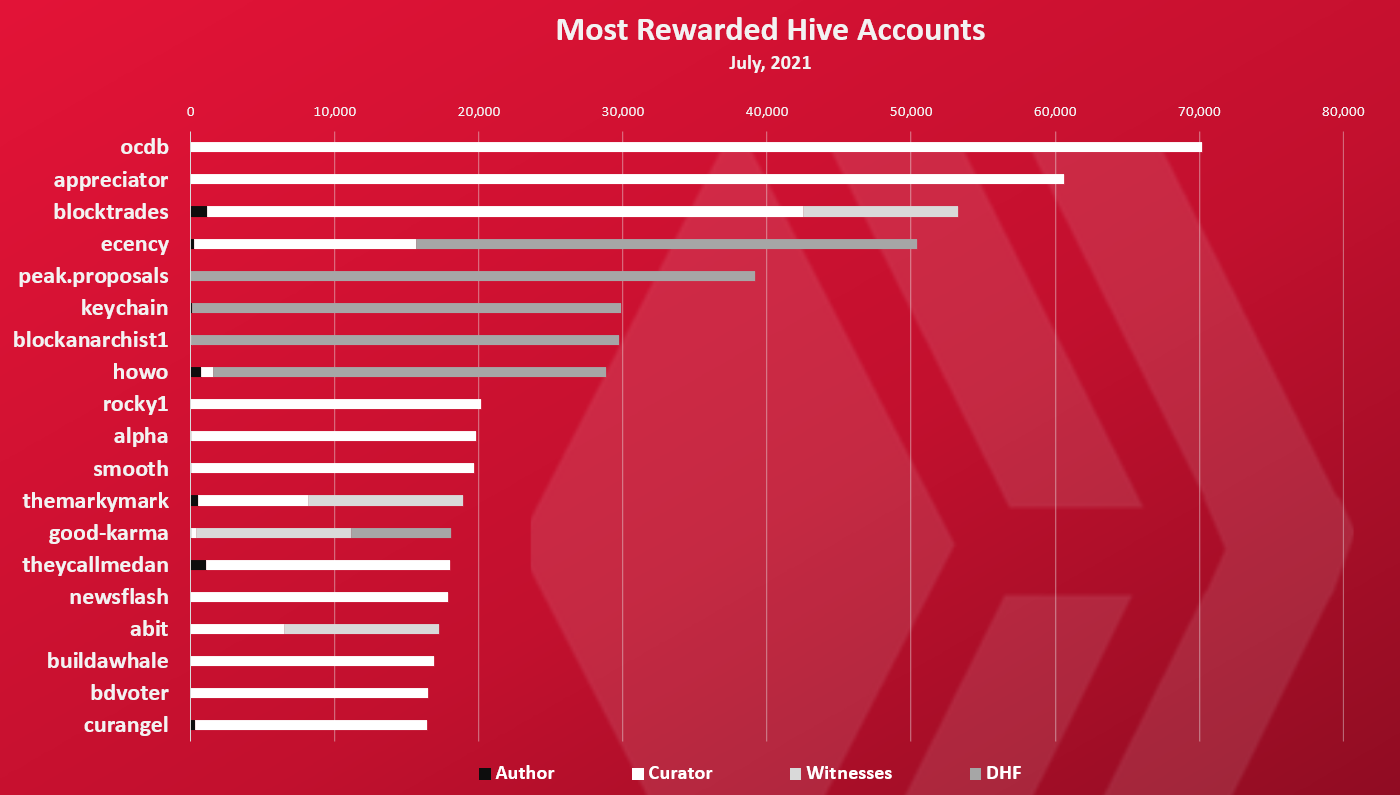 The curation account @ocdb comes on the top here, followed by @appreciator, @blocktrades and @ecency.

The DHF rewards and the curation category are dominating in the top 20 HIVE earners list.