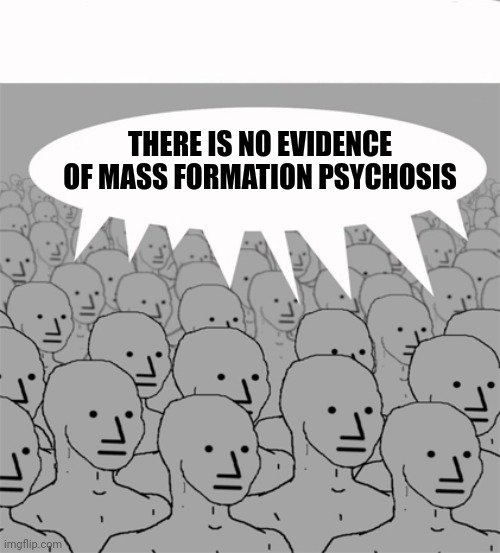 It's time for another one of my famous 'conspiracy' posts!

So I've given this one a little time to materialize. On January 8th 2022, I saw the most hilarious "fact check" on Twitter:

Nothing to see here, fam!

Just Reuters and The Associated Press confirming that "Mass Formation Psychosis" is not a thing and has never been a thing and will never be a thing.

“Mass formation psychosis” is not an academic term recognized in the field of psychology, nor is there evidence of any such phenomenon occurring during the COVID-19 pandemic, multiple experts in crowd psychology have told Reuters and The Associated Press. 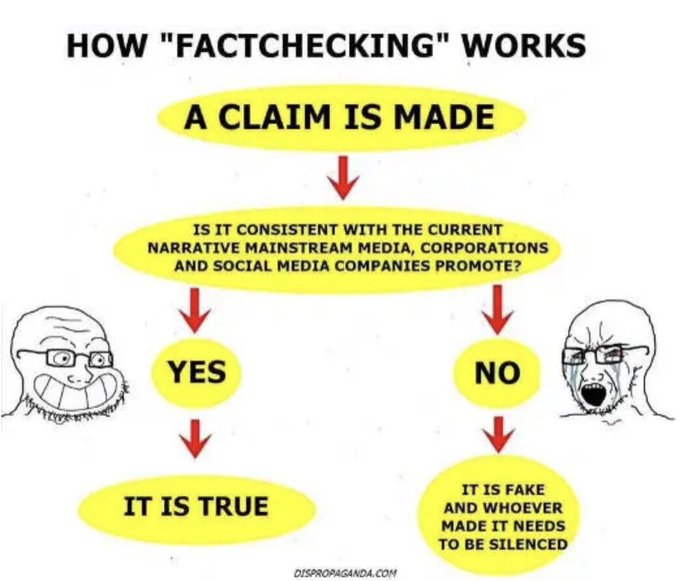 So what I'm hearing is:

But also if it did exist, it isn't happening.

The language itself used to "debunk" the "conspiracy theory" is contradictory. Either mass formation psychosis is not a thing and that's the end of it, or not. But we already know it is a thing from past events like the Holocaust and fear campaign psychological experiments in Russia. I'm sure there are many other examples as well (Salem Witch Trials etc etc). To say that "groupthink" has never been a thing automatically puts you into 1984 territory. 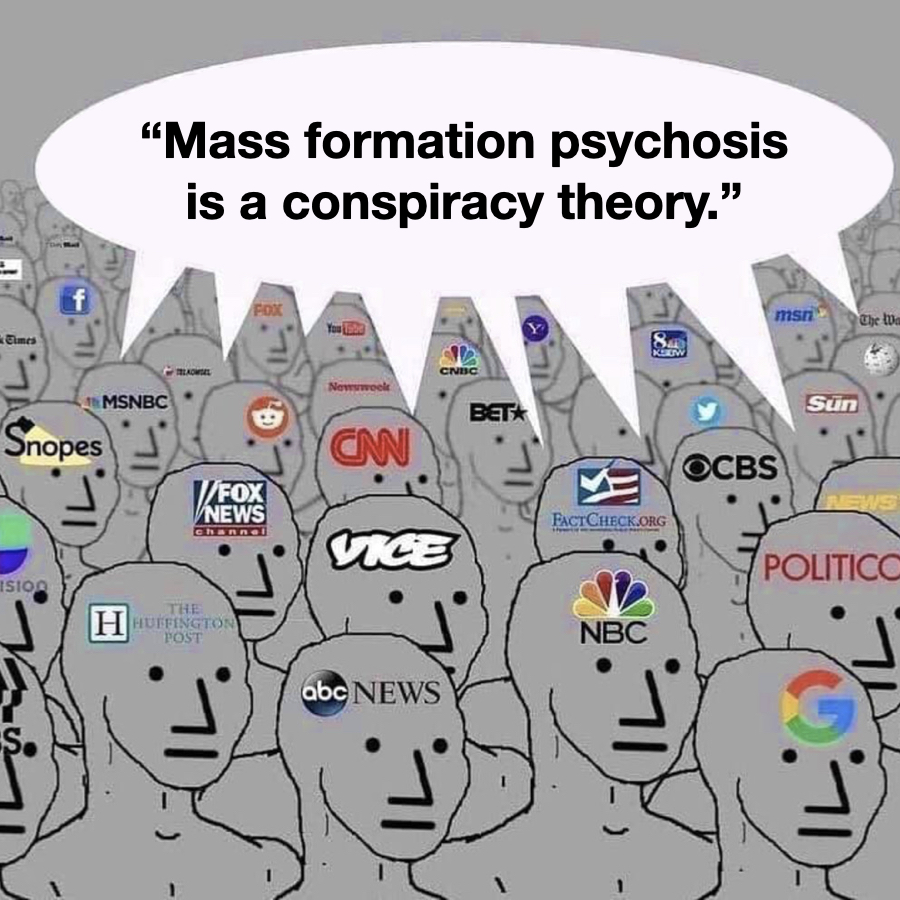 So where did this term come from?

It came from a Joe Rogan podcast with Dr. Robert Malone (the self-declared 'inventor' of mRNA vaccines). Interesting enough, as I do Google searches today for "Dr. Robert Malone" & "Mass Formation Psychosis", the outcomes of the searches are COMPLETELY DIFFERENT than they were on January 8th just six days ago. What a surprise! Now, all I can find are posts debunking Malone and articles talking about Spotify demanding Joe Rogan be censored for this misinformation. I am shocked. Shocked I tell you. 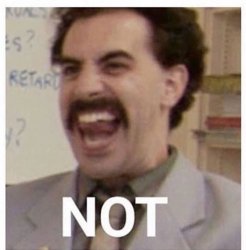 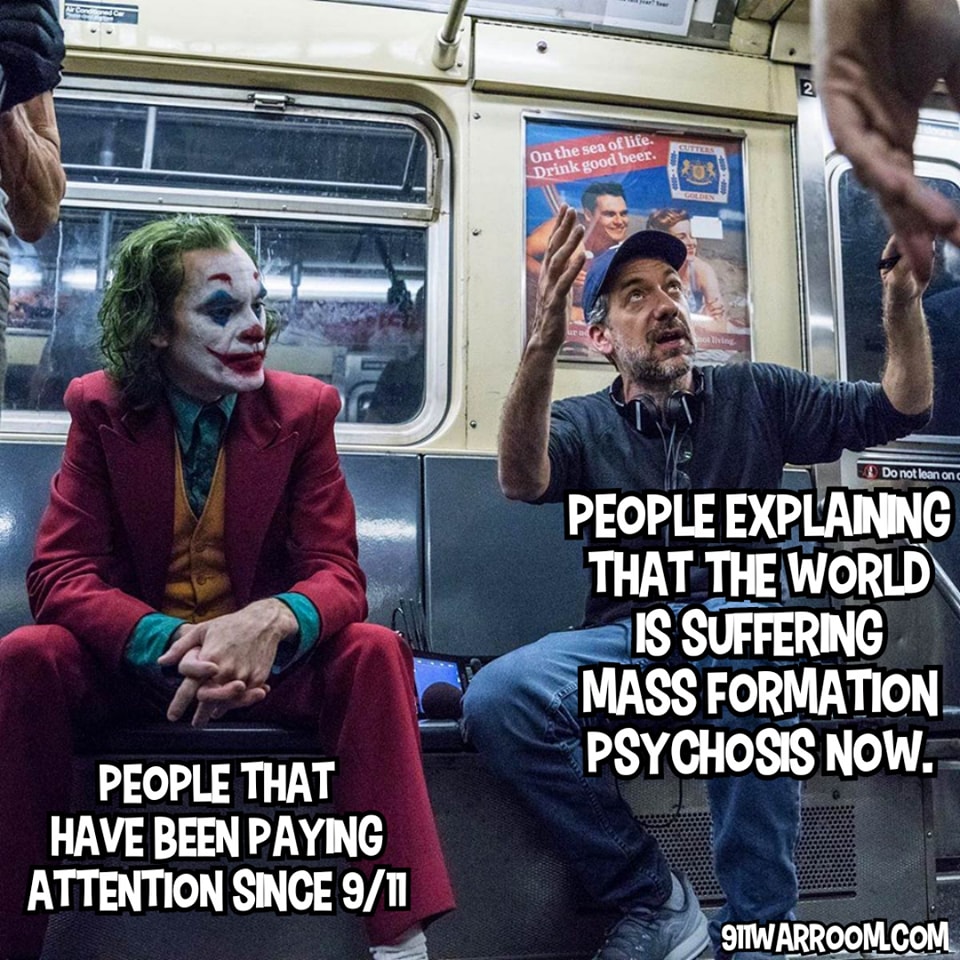 But don't worry fam, I got you covered.

I saved some of the links I found on Jan 8th, even if they are now buried by the censorship machine. Ah, I see now that the video itself has been banned from YouTube as well. LOL, they really struck a nerve with this one didn't they? 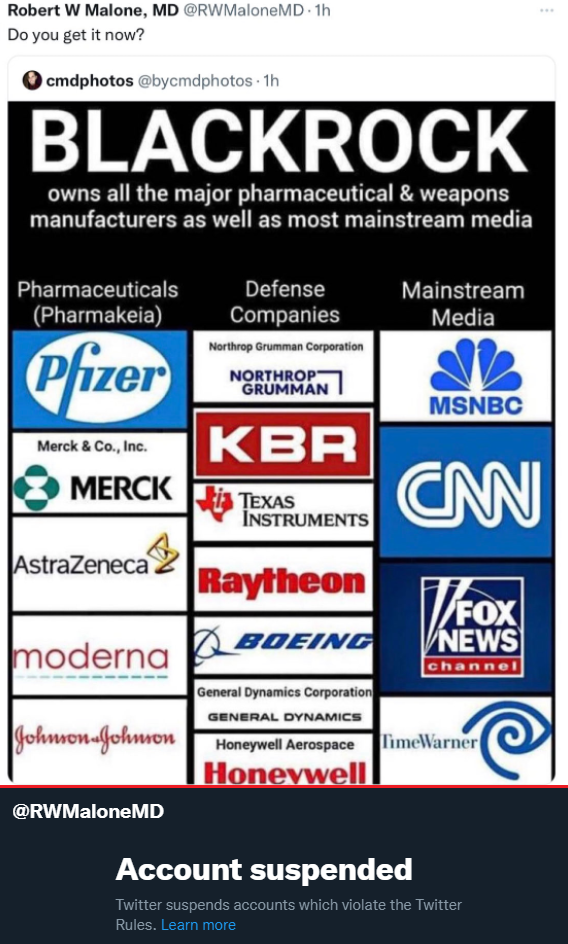 Oh looky here this video hasn't been taken down on Twitter.

This video is the origin of mass formation psychosis.
Hopefully it doesn't get taken down, but just in case it does I'm guessing the full episode will always be available somewhere even though there's a lot of pressure for Spotify to remove it.

I still need to make a post on Joe Rogan and Russel Brand, but that's another story. 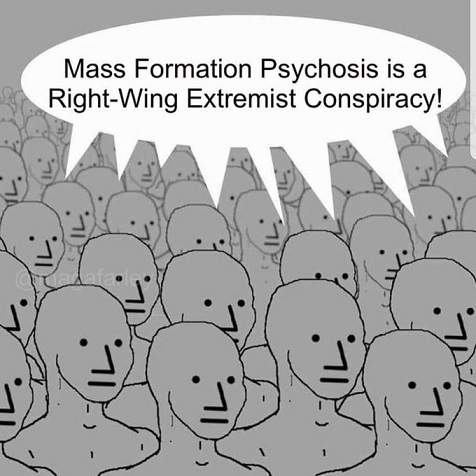 By framing the "mass formation psychosis" argument as a fringe right-wing conspiracy theory, we see that the standard issue playbook is being thrown against this issue. Simply pit the left vs the right once again and keep them busy fighting each other so they never come to consensus. Easy. 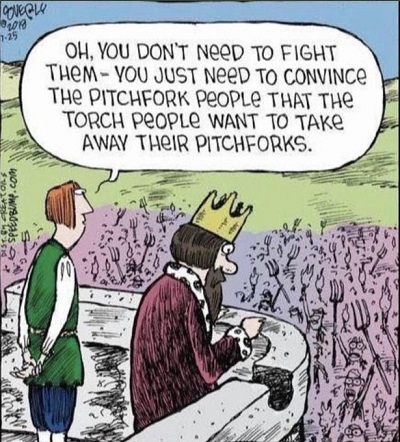 I'm currently listening to the Joe Rogan podcast right now while writing this. It's 3 hours so I doubt I get through the whole thing, but here's my opinion of Dr. Robert Malone: He's a perfectly reasonable scientist with perfectly logical arguments. There's nothing unreasonable or manic or conspiracy-theory like about him. Let's take a look at his website:

The first 3 paragraphs are just a list of all his qualifications, which are very impressive.

Still, his opponents do nothing but try to smear his name and reputation... lol... nice try. This guy obviously knows his shit, but the propaganda campaign actually is quite effective. Many people simply think Malone is just some crazy conspiracy theorist, even though the most cursory research confirms otherwise.

So, what has brought me to the point of daily podcasts, interviews, op-eds, advocacy with legislators and building a twitter feed of almost a half million people? It started with my own experiences and concerns regarding the safety and bioethics of how the COVID-19 genetic vaccines were developed and forced upon the world, and then then expanded as I discovered the many short-cuts, database issues, obfuscation and frankly, lies told in the development of the Spike protein-based genetic vaccines for SARS-CoV-2.

Personal experiences involving identifying, developing, and trying to publish peer-reviewed academic papers focused on drug repurposing and the rights of physicians to practice medicine as well as what I have seen close colleagues go through have further influenced me. Finally, as unethical mandates for administering experimental vaccines to adults and children began to be pushed by governments, my research into what I believe is authoritarian control by governments that are being manipulated by large corporations (big finance, big pharmaceutical, big media and big technology) influenced my changing world view.

Now, I have always been taught and believed that vaccines must be developed in conjunction with life saving treatments for an emerging infectious disease or a pandemic. I am a vaccinologist. I invented the core mRNA vaccine technology platform. I have spent much of my career working on vaccine development. I have also had extensive experience in drug repurposing for infectious disease outbreaks. I am not an antivaxxer in any way, shape or form. But I do believe that the short cuts that the USG have taken in bringing the mRNA and the adenovirus vaccines to market for this pandemic have been detrimental and contrary to globally accepted standards for developing and regulating safe and effective licensed products.

I thought that drug and vaccine development were regulated by the Federal government for the common good. What I have learned over the last two years is that regulatory capture of the federal government has warped and shaped the work of Congress and Federal agencies to such an extent that they no longer represent what is in the best interests of the nation, the world, and humanity.

He's only learned this in the last two years?

Not to brag, but a lot of the people here on Hive (including myself) have been saying this shit for over ten years. It's nice to see that more people are waking up to the bullshit: Especially people that are so highly educated.

The more I have expressed data-based concerns about what is happening with the vaccines, the US Federal and WHO responses, the more I have been censored, defamed, and subjected to various forms of character assassination by big tech and legacy media. I am not alone in being targeted.

What is happening is not right, it is not proper and it is not fair.

Meanwhile, the mainstream media acts like this guy is the next Alex Jones. 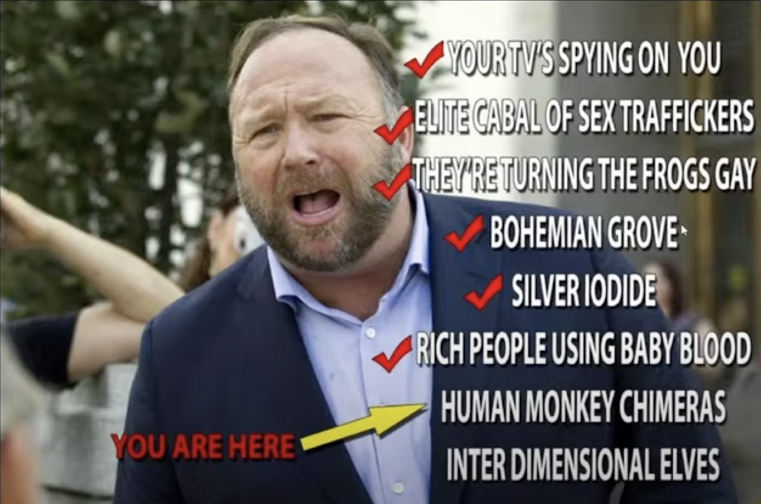 Hm yeah, let me be clear.

I'm not an Alex Jones fan. Do I like his unbridled manic energy? Sure, that's very fun. Still, I'm too left-wing and non-religious to take him seriously. But I did watch this video... which I found interesting:

So in this video we have a life insurance CEO saying that workforce deaths are up 40% and they are losing a ton of money by being forced to pay out these policies. This is something I find very interesting. This is the kind of data that can't be hidden, on top of the fact that life insurance is a capitalistic business, so they have a financial incentive to actually mitigate these deaths/payouts if possible. This is the kind of thing that we should really be paying attention to over the next few years. Interesting, because I had never considered life insurance policies before now.

The implication here of course is that these deaths are being caused by the vax itself rather than COVID, which is a difficult argument to prove, so I won't even try. However, when we look at the data, the vast majority of COVID deaths have been people aged above 64 (retired), so it is noteworthy that these life insurance companies are getting wrecked so badly. 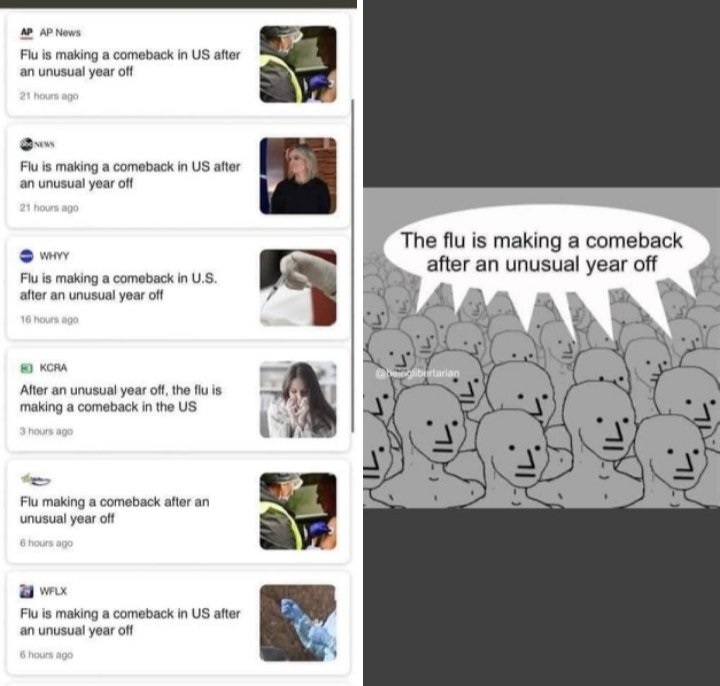 My girlfriend, who is very mainstream left-wing and very afraid of COVID, says that the job market is so good because people are dying of COVID and there aren't enough people to fill the jobs because of this. Again, I'm skeptical, but who knows. I think there are a lot of factors at play.

Have you heard of this? My girlfriend was talking to me about it. COVID Euphoria is a phenomenon that is now happening because the Omicron strain is so contagious and everyone is getting COVID. What's happening here is that so many people have been living in terrifying fear of COVID for so long, that once they finally get it and recover from it, they experience a massive sense of Euphoria and relief because the fear of the thing subsides and the irrational fear goes away.

These two things are linked.

You can not make the claim that Mass Formation Psychosis doesn't exist and then say that COVID Euphoria does exist. That's legit impossible. These two things come together. You can't have COVID Euphoria without an irrational fear of COVID. It's very obvious that someone like me will never have this kind of Euphoria, because the fear doesn't exist.

Of course that is not how my girlfriend/roommate see it.

They see COVID Euphoria as a problem because these people need to stay afraid so that they remain careful and less people get sick. It's truly a sight to behold. In fact I write this as they basically sit behind me and work from home for the next month because someone in the office tested positive recently.

Luckily, none of this really affects me. I'm so introverted that this entire "pandemic" has gone right over my head. I've been in quarantine my entire life. I don't get out much. I haven't been sick since Feb 2020, which is very unusual. Usually I get sick about once a year. In fact, the last time I was sick in Feb 2020 I'm fairly sure that was COVID, because it was a very weird illness that fit the description.

When we look at everything that has happened individually, it seems reasonable, and we can explain it away. However, when we stack up all the information together, it becomes completely ridiculous.

It's very very obvious that these institutions are lying to us, and they have a financial incentive to continue doing so. The real question becomes: do the ends justify the means? Is it okay for "parents" to lie to their "children" in order to get the desired result? As a left-leaning libertarian, I say 'no'. You don't lie, because lying is a short term solution that damages your long term reputation.

When the "parents" are the government and the "children" are the citizens, this is even more relevant. Stop lying: the ends don't justify the means. It's that simple. 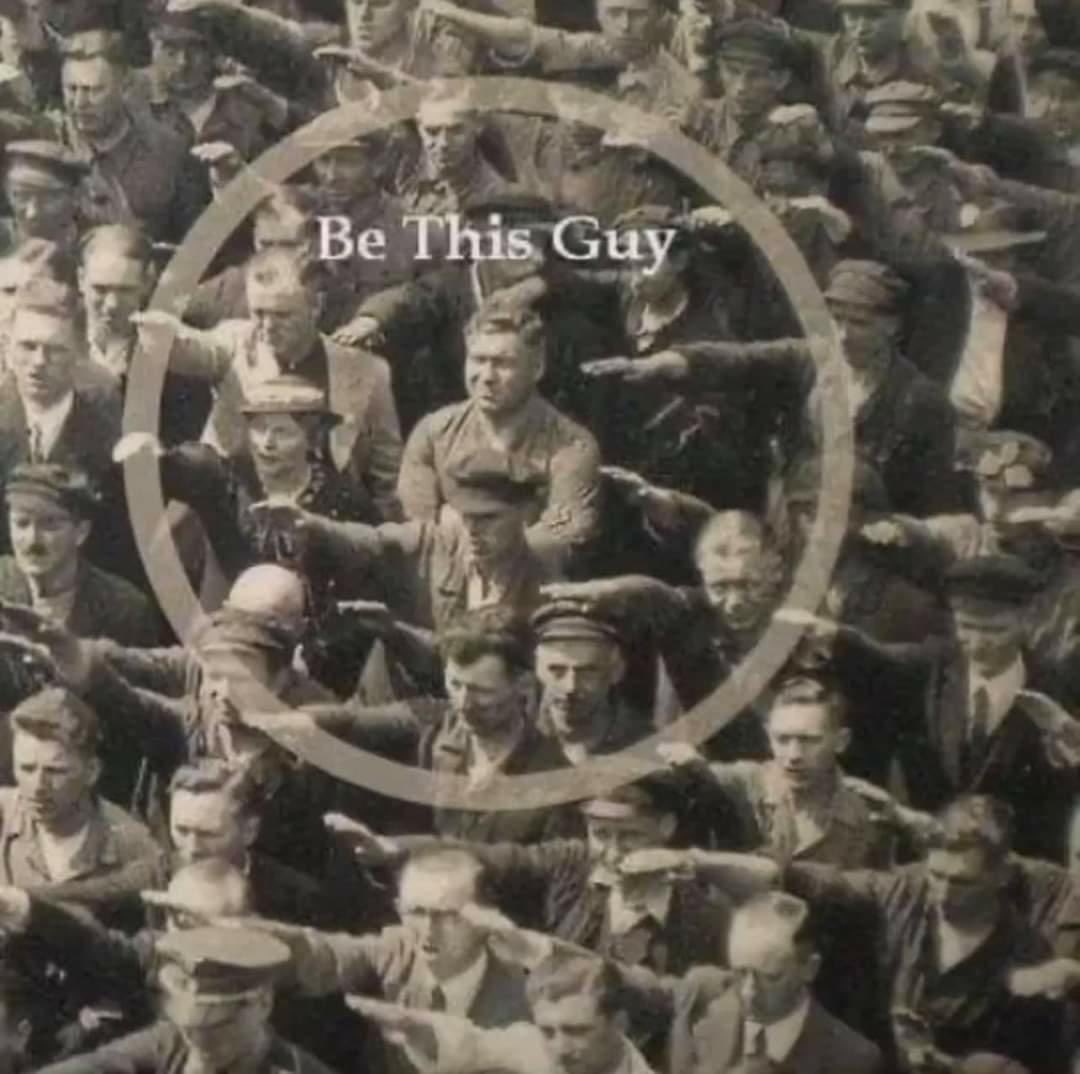 So is Mass Formation Psychosis real?