Robinhood at it again... 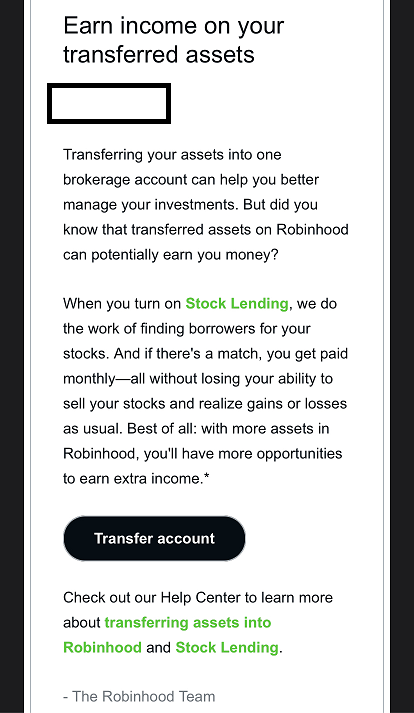 Recently, I received this email from Robinhood about their stock lending program on their platform. It is as it sounds. You could read more about it on Investopedia. This feature is supposed to offer a way to passive income to ordinary folks who do not have a giant portfolio.

I used to like Robinhood when I first started in the stocks market. The commission-free trading was enough of an allure. I still remember when other brokerages like Fidelity would charge me $5 per trade. Over time, many brokerages decided offer the same perk. But, the advantage Robinhood had was its easy-to-use app for the younger generation. So, would I go back today? The answer is no. 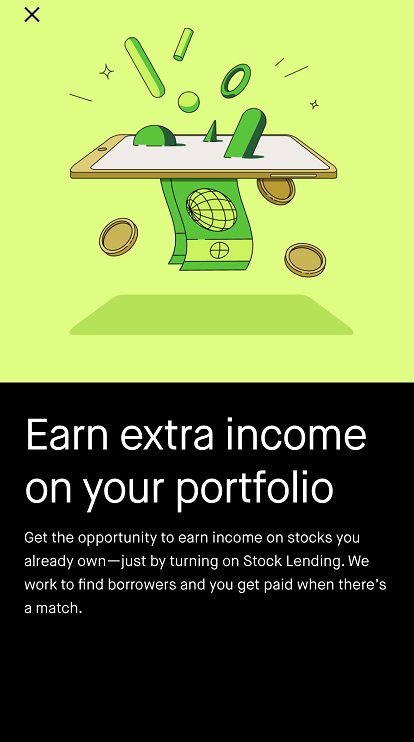 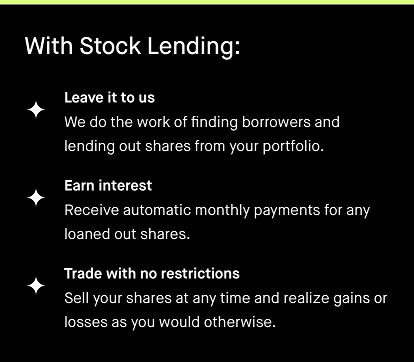 The brokerage tries to make stock lending sound exciting. If there is anything people like about making money, it's passive income. Lending is no different. For those of you who may be familiar with lending out your crypto on FTX or KuCoin, it's a similar concept. So, what's the catch? 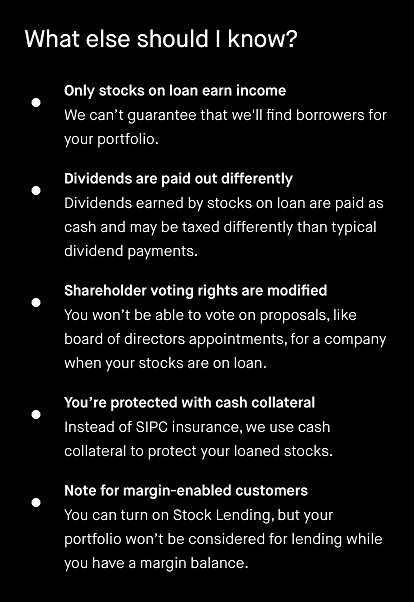 For starters, if you are an American, you should consider the tax implications. The statements from Robinhood made me look up what qualified dividends meant. You could pay more taxes than you do by sitting on those dividend-generating stocks. Since you would be lending out your assets, you should also ask yourself to who you could be lending the goods.

I left Robinhood after its questionable practices surrounding GameStop and Doge. In addition, Robinhood sells retail trading data to big firms. In turn, the firms use that data to trade against retail investors.

I can be a pain in the neck to people. You'd only have to ask around, even on Hive. However, I'm not lame enough to aid the big guys in destroying the little guys on a platform that facilitates that practice. At best, Robinhood is a gray actor in the financial space. At worst, it's a bad actor looking for ways to exploit small players.

The hell with them. The trust is long gone. I do not recommend them.

Robinhood was good at the start but it's lagging behind the other platforms. At least, I don't think it provides much of an advantage over its competitors and I don't think loaning the stocks is a great idea either.

I don't think loaning the stocks is a great idea either.

Not necessarily. I think it could draw people based on the novelty. Remember that lending is traditionally only available to people with deep pockets.

I tend to avoid anything that has KYC anyway, and stocks seem appealing in my mind only if you have plenty of cash lying around

It didn't sound like something I would be happy doing so i never even joined. I heard about their practice and that was pretty much what drew my attention.

One interesting thing to look out for is if other brokerages may start to offer something similar to smaller stockholders.