This may look like a joke, but it isn't. This morning when I woke up, checked the rates at shitcoins.club, as usual and this is what I saw. For those of you who are not familiar with shitcoins.club, it's thecompany running the crypto ATM's across Europe.

At first I didn't understand what was going on, I thought I was still sleepy, seeing double maybe, so refreshed the page and got the rates in local currency, that seemed about right. Then switched to USD and got this rates again.

No matter how sleepy I was, I jumped out of bed and checked on my laptop, where I got the same result, obviously. Then checked other platforms and got the confirmation that it's a glitch or it must be a glitch as 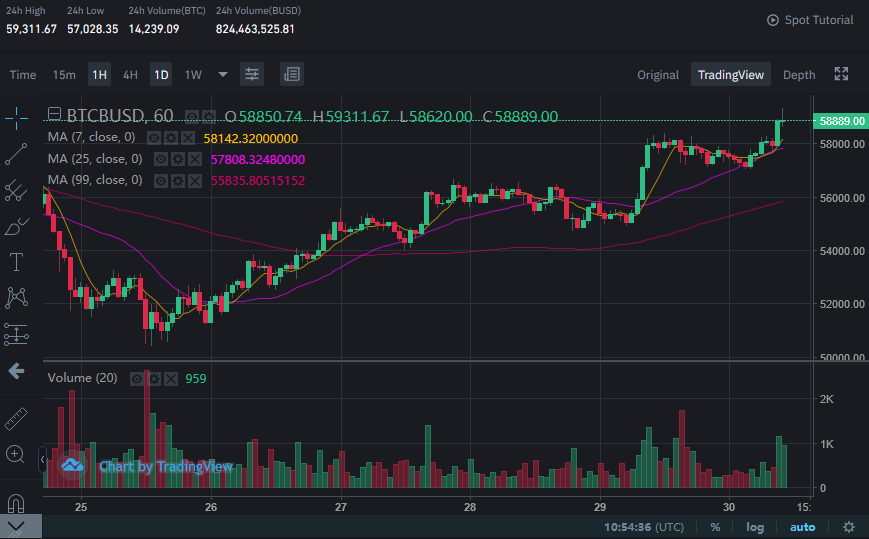 If you look at BTC's evolution on Binance, nothing spectacular happened the last 24 hours.

I was wondering what would happen at the ATM if I would to sell some BTC? 🤔 I wouldn't try though, knowing something is wrong. It would be too risky and stupid as well.

People love to speculate, try to predict the future all the time. We've seen predictions like $125k, or $150K, a level at many are willing to enjoy some profit or sell massively, maybe hoping to buy back more cheaper. It's a game, obviously, you have to ride the waves.

Some have even said BTC will reach $300K this year, based on extrapolation. Obviously we'd be happy to see that, but I don't know how many believe it'll happen this year.

One thing I've learned since I'm in the crypto business is that you have to be ready all the time. When the time comes, and you never know when it's going to be, you have to know what to do, how to proceed and also have to act fast. There's not time to think, reflect, research. You have to be prepared for every scenario possible as you don't know what you wake up to.

Today for example, if those insane numbers would have been true, I most likely would have had to think about what, how and how much. I'm not prepared to sell BTC as I don't think we're going to reach the desired price soon, but that's not an excuse. I need a plan.

Looking around for some predictions, I came across the above one made by The Economy Forecast Agency.

The Economy Forecast Agency (EFA) is specialized on long-range financial market forecasts. We use reliable models for long-term forecasting crude oil prices and precious metals prices, exchange rates, interbank interest rates, stock indices and some other macroeconomic indicators. The horizons of forecasts are 5, 10 and 15 years. Long-term investments need accurate forecasts of economy development indicators. The Economy Forecast Agency is independent from any banks, funds and other market players. We provide with original forecasts based on our unique methodology. source 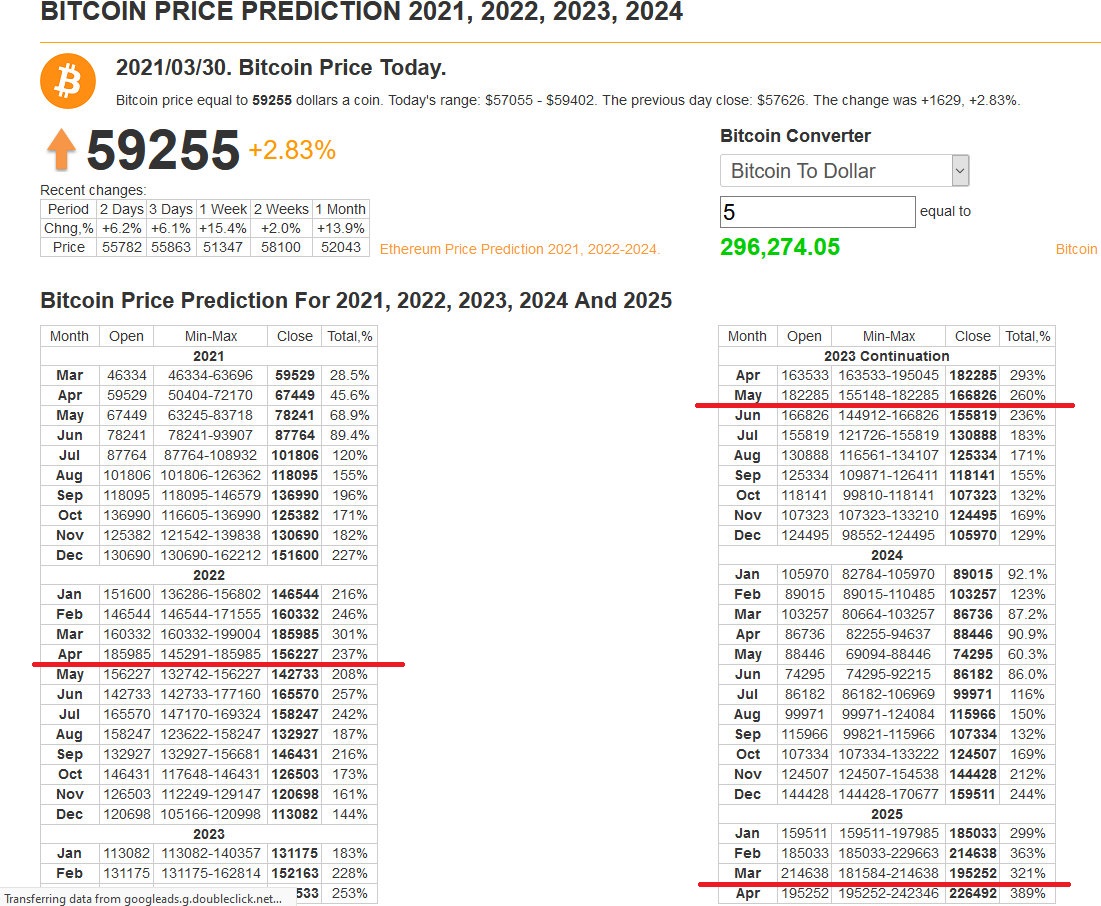 The charts is interesting and if you look at the peaks, highlighted with red, we have to wait till April 2022, to reach the first ATH. $185,985 is definitely a nice number and one year is not too far, especially if you're in no rush to sell. Then in another year it's going to reach almost the same level. Things get interesting in 2025, when, according to the chart, in March BTC will reach another ATH, at $214,638.

I'd live to believe they know that they are doing and even if we won't get these numbers, the results will be close. I can imagine myself selling some here and there, buy back when it drops and sell again 💰 making a nice profit.

I'm saving this prediction and follow the evolution. Let's see how things are going to work out. Till then, keep investing 🤑

What about you? At what rate are you willing to sell?

What About HIVE & LEO?

Which will be more profitable in 2022 if you invest now?