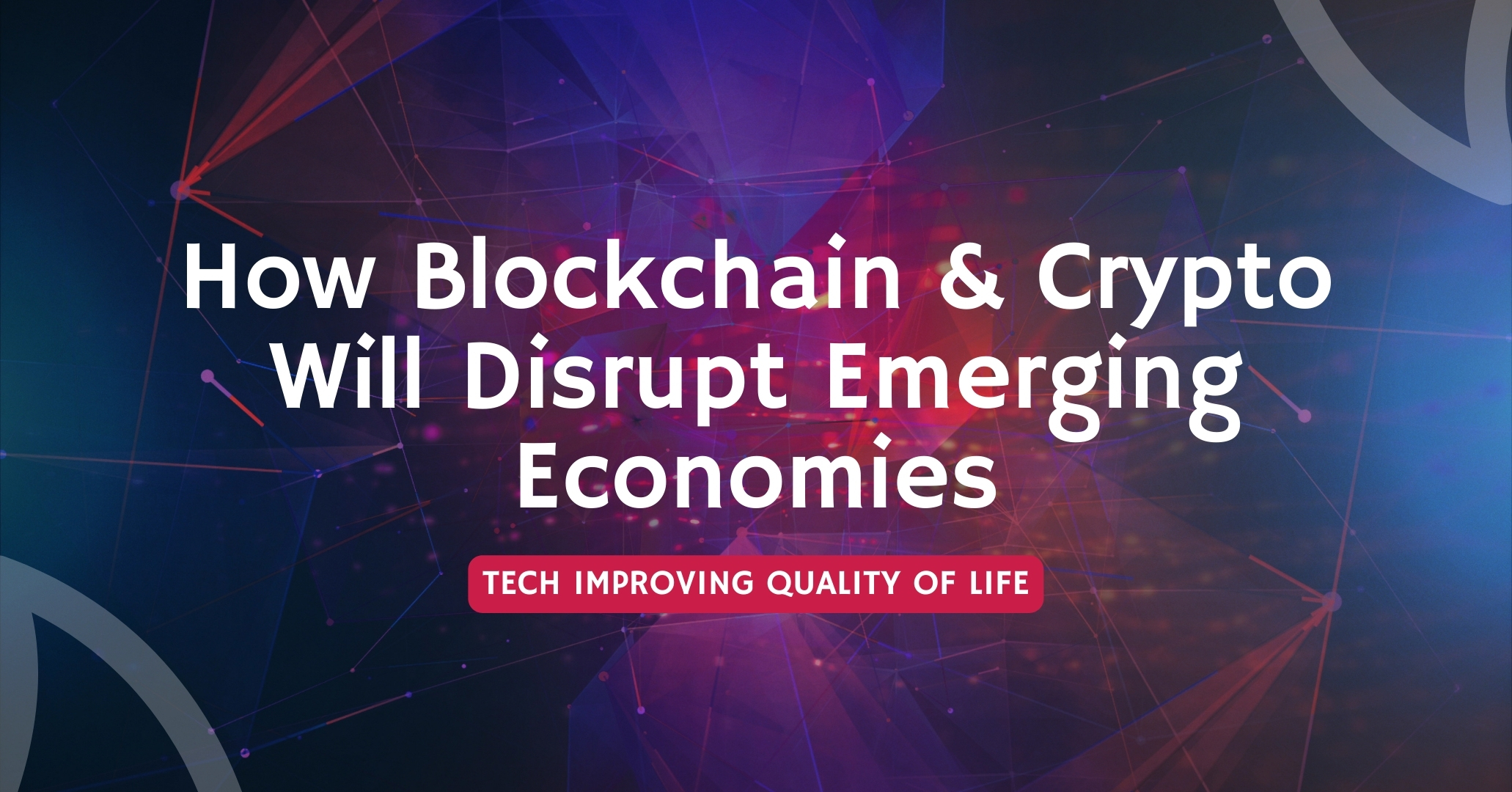 Blockchain and crypto have been around for more than ten years now. While they both started out as tools to facilitate transactions, they have grown into so much more. For example, they can also be used to help solve some of the biggest issues facing emerging economies like corruption, fraud, and lack of trust.

In this blog, we will explore how the blockchain can be used in developing nations to create a more transparent economy that works for everyone.

The Blockchain & The Financial System

The blockchain is a big step forward in the evolution of technology, but not just because it allows for secure transactions. It's also important for the financial system because it can help reduce costs and increase transparency in many ways.

The applications of this technology are incredibly diverse, from improving access to healthcare records to streamlining supply chains across industries. Emerging countries have an opportunity to leapfrog developed nations in terms of technological innovation by using blockchain tech effectively, which could make all the difference when it comes to creating new jobs and reducing income inequality.

Blockchain can be used to increase the efficiency of the public sector by reducing corruption, making it easier to track donations and expenditures, and increasing transparency.

Blockchain technology can help reduce fraud in elections by providing an immutable ledger of votes that cannot be altered by malicious actors. I live in India and electoral fraud is a very common practice. Especially in small villages and districts. A blockchain-based system would allow voters to verify their identity with a digital signature before casting their vote, which would then be recorded on a ledger that is accessible by everyone involved in the election process but not alterable once entered into it. They can do it from their home. Voter safety is also covered.

With blockchain’s ability for accountability and transparency comes its power for reducing political corruption — governments can use this technology as a tool against graft and fraud within their borders.
Blockchain as a tool for direct democracy

Blockchain As A Tool For Direct Democracy

It can help us vote on policies, issues, laws, and elections. It can also be used to hold referendums. There are several ways in which blockchain technology can be used as a platform for direct democracy:

Cryptocurrency is a great tool for providing financial inclusion for underserved populations in emerging economies. Many of these countries lack adequate banking infrastructure that can be accessed by everyone, which makes it difficult for them to carry out normal cash transactions in their daily lives. Cryptocurrency allows anyone with an internet connection or mobile device access to perform digital transactions on their own terms without having to rely on banks or other middlemen institutions.

You may think of blockchain as a technology that is primarily used by large corporations or financial institutions. However, there are emerging economies where blockchain can be an important tool for citizens to protect their identities and privacy. In fact, blockchain has been shown to help many developing countries gain access to digital identity systems and mobile money services.

This is the first time in history that emerging economies have a chance to leapfrog Western economies. The blockchain can help them do it. By improving transparency and reducing corruption, blockchain can help emerging markets build their public systems from the ground up. This will lead to more effective governance, which will lead to better education outcomes for future generations of citizens. And a great chance for higher levels of economic growth and prosperity for everyone involved.

In conclusion, we have seen that blockchain has the potential to help emerging economies in unique ways. While there is still much more research & work needed in this space, it is clear that blockchain can be a powerful tool for improving the lives of people around the world.

No doubt blockchain has what it takes to push emerging markets to a higher level.

Right now the above is a happening already and that can't be taken away from it, it effects on the economy will soon be noticed all over the world, I fear is that I hope one day the government won't rise up to find a way to to tame this initiative, cause I strongly believe that it will one day help us to boycott all the cunning ways of the government in year's to come

I think serving the unnbanked is one of the best solutions blockchain and cryptocurrency can do in the financial sector. Financial inclusion for everyone could pave the way for a massive economic growth.

Blockchain is arguably the one of the greatest inventions in this century given it's potential to introduce completely new effecient models that includes all parties.

I hear some say that emerging economies won't be able to take advantage of blockchain technology but as we see with Hive, people living there are very active and have loads of possibilities to benefit from it. Therefore I see it really taking off there big time!!

I have been researching the other side of Blockchains, China and the CCP are major Blockchain players, I would avoid any Blockchain like Steemit that is Chinese owned, Blockchain's can also be weaponized with Centralized control.

I think blockchain can help but I don't really think it's the only solution. If they were to use things like open source or make things more transparent then things would also work. However, I still think there are still some downsides because a government could make a blockchain and then manipulate it as they wish.

Great write-up on potential useful use cases of blockchain and cryptocurrency tech, especially when it comes to curtailing fraud and government corruption - not to mention BANKING fraud, which is business-as-usual with the fiat legacy system. Blockchain tech can free people entirely from being subject to the whims of the government or banks when it comes to their personal wealth, and it's protected from unlawful seizure via private keys!