Folks it's Wednesday already. Yes, the weekend was just two days ago and it'll be back in two days, very soon. So till then, let's play a game. It's called Rising Star. Hit my referral key down below and let’s go:

So let’s start with a few cards, shall we?

Woah another Rare Speed Boat card, sweet! A cheap cello, now that I call "not bad". Oh, this the first record producer that I got. I guess I need to prepare myself for studio sessions now don't I?

Well, this is a better version of cheap drums. I don't think your neighbors will agree with you though. But if they don't object, I guess there is no harm in playing a few beats. Oh, you novice you! Just stop throwing those chpsticks around randomly and play some bearable tunes, would you? Electric Drums gives you 10 luck which means you'll get a chance to win more Starbits and skills.

Oh finally! Your dream of becoming a musical sensation isn't far out of reach. You're a step closer to achieving a dream. So, let's head to the Studio and have a talk with the Record Producer. What were you thinking? He's famous too locally! So what if he's not known internationally yet. You'll get there too but remember baby steps. And why are you whining? He has 25 great skills! He'll turn that demonic voice into something delightful.

Look who's here. The hairspraying Glam Rocker! At first glance, I thought it was a girl but no, it's a guy! His unique hairstyle and wardrobe make him separated from the rest. Though he's not skilled enough. Well, his skill might rely on how to properly spray his hair and glam up!

Oh, look guys, I'm Mozart. Woah that wif definitely looks good on me doesn't it? Just kidding. Anyway, so I changed my avatar to Mozart to play the new Mission that has opened in the Local Gig Circuit. Yes, thank you for congratulating me for unlocking Level 40 and I gave myself a well-deserved pat on the back. So let's look at what this mission offers us, shall we?

Gosh, this Mission is long and it completely drains out your energy. You must have 900 fans and have to be on Level 40. Like I said it's a long mission, takes about 200 minutes that is 3 hours and 20 minutes to finish this mission and it will take out 100% of your energy. Oh, I haven't said anything about the income, have I? Would you look at that? 400 to 1732 Startbits and 132 XP; now that's what I call a great mission. Blasted, that 6 Ego. Some day I'll nuke that ego, you just wait.

"You're really making progress. Now its' time to get to a studio and record your first demo"

So this is it guys for today. I know that the new Mission looks exciting so go on and play this new one. Wednesday isn't so bad, is it? No, it's not. 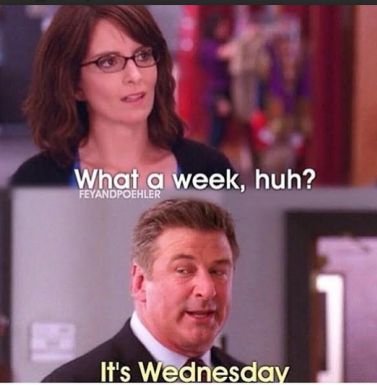 This post has been upvoted by @opgaming. We like what you're posting, and we want to reward our members who produce quality content. Keep up the good work!
If this sounds like the sort of group you want to be a part of, click the image below! We're too OP to be put down!

Great post @globetrottergcc thanks for sharing have the best day

This post gives you one entry into the weekly prize draw to win a 3 card Rising Star booster pack.
Post original high quality posts once a day and use the #risingstar tag to get more entries.

The prize draw takes place during our weekly live stream on Sundays.