I Am One Of The Top Authors On LeoFinance - $300+ During My Second Month! 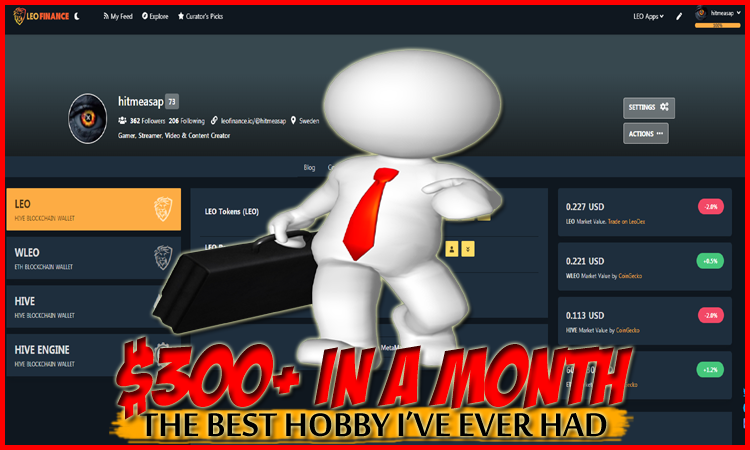 I can honestly say that I can't even describe with words what I truly feel..

I decided to become an active Lion 2 months ago due to the potential, the great leadership and the overwhelming, passionated and dedicated community I saw. My first month on LeoFinance was amazing and crazy at the same time. I had never before had such wonderful, loyal and driven support. It had been years since I was rewarded the outstanding amounts I reached and it felt like the amount of comments and engagement on my articles and within the entire community was more than I had seen for a very long time..

@leofinance published the Top 25 Authors article when I had been a member of this fine community for 23 days. I found myself sitting comfortable on the 20th place within that leaderboard and it was such a testimonial and proof that even I, a humble random guy from Sweden, not even native in English could actually earn good amounts of crypto from blogging.

It has been a month since that incredible day and I have published a total of 27 articles during that time. It is less than I would have wanted to publish, but more than I actually thought I would be able to produce due to the hectic work schedule I have. (Thanks Covid!) 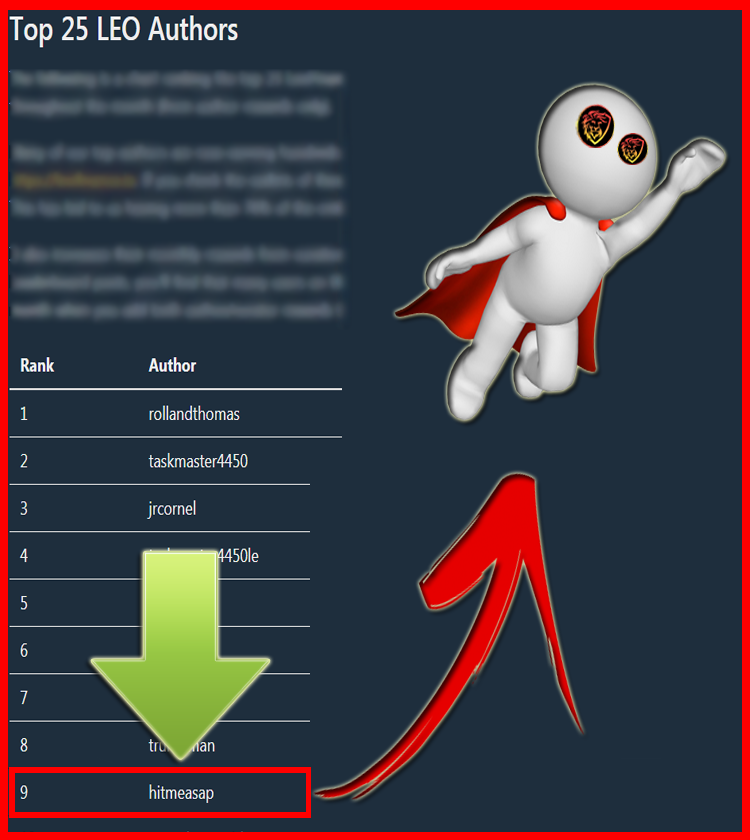 Despite my limited time, I was able to reach the leaderboards for most comments three weeks in a row and I managed to become the 25th top Leo author after 23 days. What I have always believed in, and what I have done has been proven to work on LeoFinance, and even though I don't compare myself with others, or see this as competition in any way, leaderboards and stats are evidence that gives you the full picture.

I love leaderboards and statistics because those thing doesn't lie, and I can honestly say that I am experienced enough to have wonder if my crazy yet wonderful early success was a fluke, or at least a one time thing.. But the latest article from @leofinance; November Author Reward Leaderboard proves me wrong. It was not a fluke and no mistakes where made. I would not have seen these numbers if this wasn't real..

During my second month on LeoFinance, I have been able to become the 9th most rewarded author with earnings of $311 from LeoFinance and $115 from Hive. That's an incredible amount of $426 in a month..

LeoFinance, or Hive is my hobby. Even though I love LeoFinance and I am very passionate about it, I don't spend 8 hours per day because I have a full time job. I haven't been able to spend as much time as I would have wanted to, but I have been able to yield amazing results..

I have earned approximately 15% of my monthly salary I earn from my full time job by writing articles on LeoFinance, and that is based upon the prices of: $0.26 for LEO and $0.13 for Hive.

Imagine the outcome if we had seen both LEO and Hive at $1 instead.. Or $2.

This was literally the most perfect Christmas gift I could have asked for. Support and statistics that shows me that I am capable of putting in the necessary work, and that I am doing things right in my attempt to change my life together with great like-minded people from all over the world. I am very grateful, I look forward to the bright future ahead of LeoFinance and I will continue to put in time and effort in my endeavours. I hope we will move mountains together, as a community.

Thanks for giving me this opportunity!