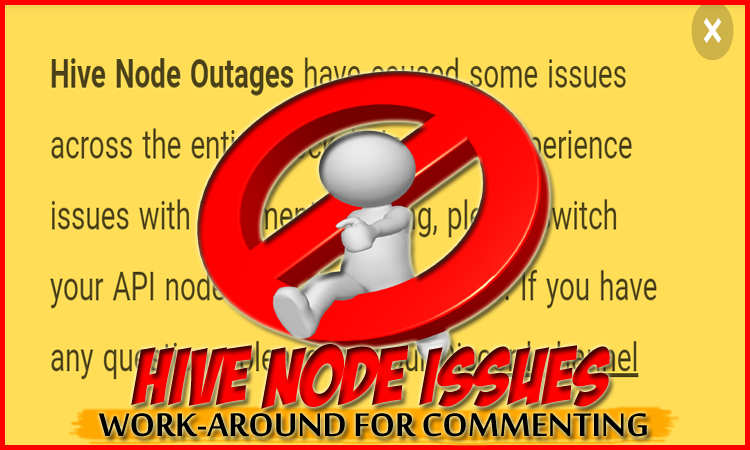 You have probably seen this message lately and there's a big chance that you've been annoyed when you've tried to comment, or when you are trying to reply to comments that has been made on your articles.

These node issues are causing problems and it definitely affects the engagement on the platform. Changing nodes can be a solution for this tiresome issue.

To change API Node, you simply go to your settings: 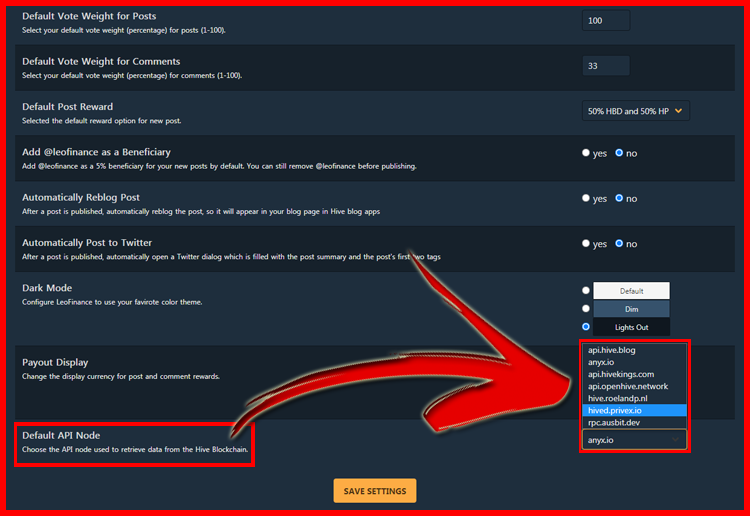 If you have tried to change nodes and nothing seems to work, there is another thing you can do so you are able to engage and able to make comments while we face the hive node issues. This 'work-around' is more time consuming and involves a few step though, but I have done this without any major problems so I thought I'd share this method with you: 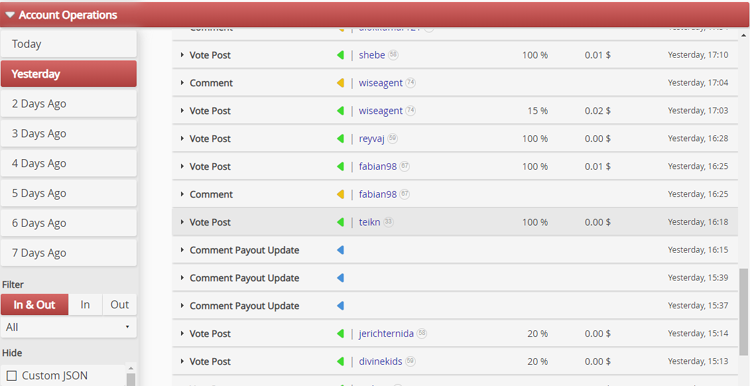 Go to "hivetasks.com/@yourusername" (change yourusername to your username). 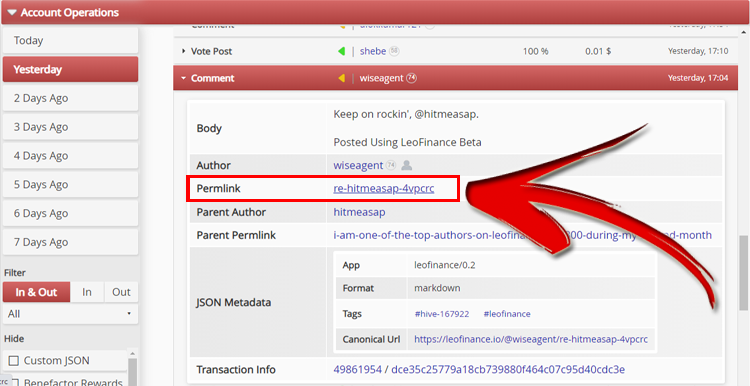 As you can see on the screenshot above, you will have a list of things that has happened. What you are interested in would be the text: Comment.

If I want to reply to wiseagent who wrote a comment, I simply click on his username on Hivetasks and press the Permlink like shown in the screenshot. 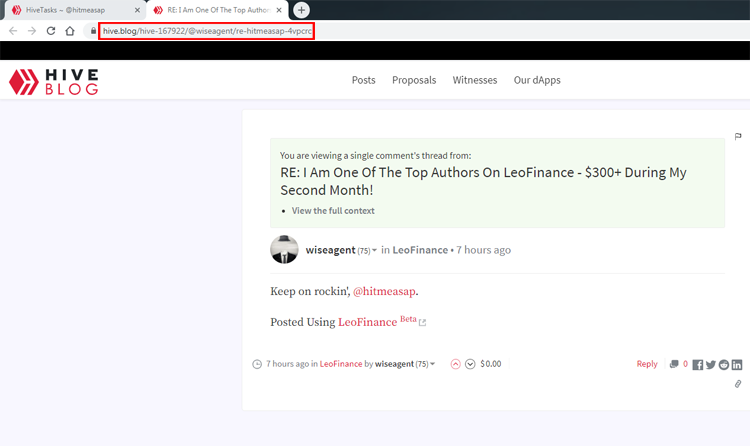 By clicking the Permlink, I will be taken to the direct link for that specific comment on Hive.blog.

If I want to use the LeoFinance interface to reply to this comment I need to change the url. Simply change "hive.blog/hive-167922" to "leofinance.io" 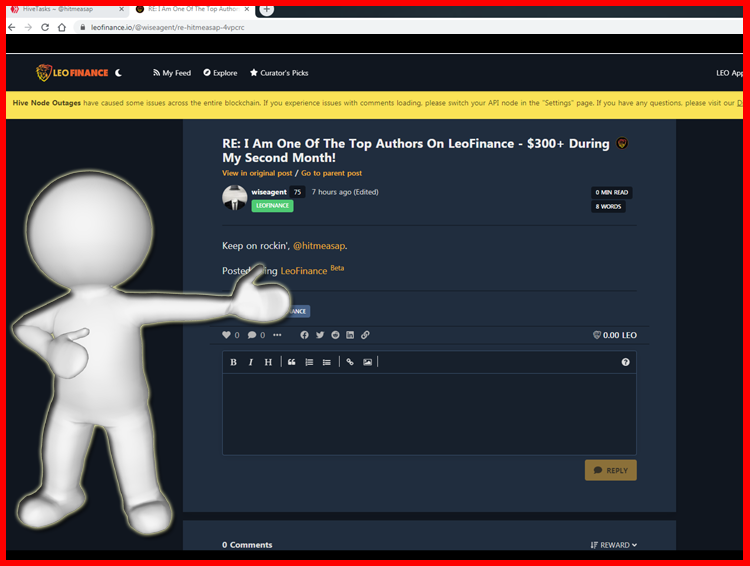 While this is more time consuming, it works and can at least help you to engage during Hive node issues. You can do this if you want to reply to comments that has been made on other authors articles as well. The only difference is that you use that authors username on Hivetasks.com instead.

If you don't want to use hivetasks at all, you can use hive.blog and click on comments to get the permlink. Change the permlink into "leofinance.io" and comment away!