Bitcoin: This Time is Different! 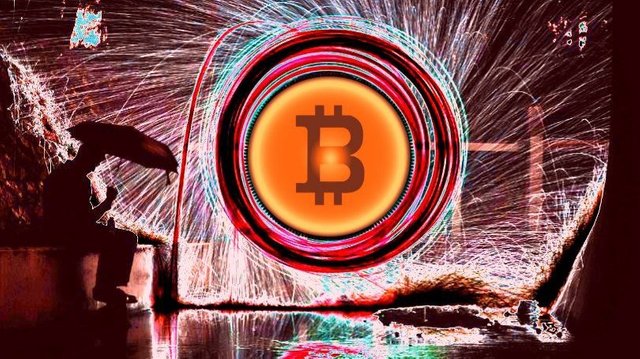 If I had a dollar for every time that I have heard the phrase, "This time is different" in my life; well let's just say that I might already be retired. But as cringe as it may be; I also am going to throw my hat into the ring and will proclaim that this bitcoin cycle is in fact, different. It won't be like anything before it; and there may never be anything quite like it again. Some people have called it the bitcoin super cycle. Let me tell you about why so many bitcoin holders will become very rich during this cycle.

During Bitcoin's short history; it's market cycles have rhymed with uncanny similarities more often than not. Every four years the bitcoin halving occurs which cutes the mined bitcoin reward by half; hence It being called the halving. This has a profound effect on the supply and demand. Almost as if it has been pre-planned into the blockchain code; approximately six months after each halving the price of BTC begins to jump up. Just like what happened towards the end of 2020. This is then followed by 18 months of pure bliss; with bitcoin exploding up in price. And then after the peak of the bull market has been reached, the bear market then ensues. This bear market also lasts for approximately 18 months. And then the cycle repeats and repeats. Bitcoin's history is rather short coming in at just over ten years now, but this market cycle has had the same rhyming performance each time. Many people are expecting the same results to reign true during this cycle as well.

But during the last few months there has been a larger group of people who are claiming that this cycle will be different. They are calling it the "super cycle." They believe that the bull market will not finish 18 months after the halving, which most people believed it would happen for a certainty. If that were to happen; that would mean that this current bull market would end towards the end of 2021 or every early 2022. Still distant, but getting closer each and every day.

But, why would this market cycle be different? After all; like I mentioned above; up until this point all bitcoin cycles have rhymed with extreme similarities.

It will be different, because of Institutional Adoption. 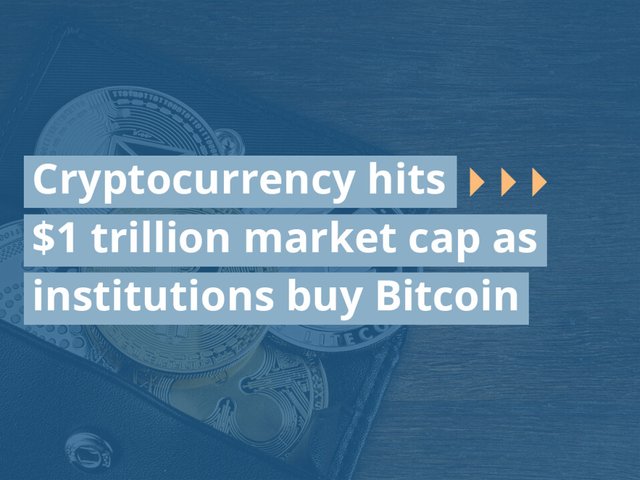 The world was going in one direction before the Covid pandemic began; but that situation caused an enormous shift in the direction the world was going towards. With the printing of ungodly amounts of money, countless stimulus payments being given to people, people learning more about corrupt governments, and also many finally took investing seriously for the first time. Then there was the loss of jobs, lack of trust and the list goes on and on. When all things are said and done; it will be said that this was the perfect storm for bitcoin. This is the type of situation that it was created for.

This whole situation probably sped up the reputation and use case image of bitcoin by ten years. There were bitcoin price predictions for this cycle before covid, and price predictions after. Before covid; a person would be considered almost crazy if they said the price of BTC would go to $100,000. But, now that person is considered extremely conservative. Now people are predicting that BTC will go to several hundreds of thousands of dollars. And that is if this cycle runs the same course as previous cycles. But if the super cycle happen; perhaps even a $1,000,000 price point isn't out of the question before the peak of this cycle has been reached. Although I wouldn't set your hopes on that number quite yet.

Yes; covid considerably changed every. But the final nail in the coffin was when the institutions joined in. It was always thought that in the near future there would naturally be bitcoin ETF's that wold become available. And in the more distant future when the price reached a certain level, countries would have no other choice but to join in as well. But something that was very over-looked was that companies and institutions would join in the buying. And if they did, once again it was thought this would be much further down the line. Bitcoin's trajectory was sped up incredibly by the year 2020. The first company to start this all off was Microstrategy. Coincidentally this was around the same time that the price of bitcoin began to go up. At the time it was quite surprising that a company would put such a large amount of their cash reserves into bitcoin. But, perhaps it was even more shocking that they would take out a loan and continue buying massive amounts as well. Then we had other major players enter the game as well; such as Square, Tesla and the list continues to grow weekly. Not only are companies starting to put their savings in bitcoin to protect their assets from the inflation of the US dollar, but major banks and hedge fund groups have aggressively entered the space as well. Goldman Sachs, Morgan Stanley, Black Rock, and the list goes on and on.

Remember; many of these same groups were calling bitcoin trash during the last cycle. They claimed it would never amount to anything. But now their thinking of bitcoin and what they say about it has completely changed. I always believed that this would happen someday. But I think there is no denying that what happened last year certainly accelerated everything.

But what about the super cycle?

I firmly believe that this cycle will be much different than all of the previous cycles. There will still be days go insanely up and also down. The volatility will remain for some time. But, we are not going to see the price of bitcoin go down 80% when this bull market comes to an end. There are too many strong holders who have entered the market, and have diamond hands. These businesses are not into bitcoin for the short term to make a quick buck. This is a several generation type of investment for them. And they have significant holdings. They continue to buy the dips faster than the price can drop, and then naturally the price quickly recovers. I see this bull run lasting well into 2022, and it could possibly go slightly longer than that as well. But, perhaps the thing that most people are interested in isn't how long this bull cycle was last, but how high the price will go?? That is the question that everyone wants to know. I don't have any TA skills, or even any knowledge of what the peak price could eventually be. But I know for certain it will go over $100k. As for the price peak, I would not be surprised if it went over $400,000, and it could go further. At the end of past bitcoin bull cycles; the price went into a crazy parabolic movement. We haven't seen that yet in this cycle. Either way, it should be very interesting to see what happens. I just wish I had more.

How about you? Do you think this could be a "super cycle?" And what do you think the peak bitcoin price will be during this bull run!?