The first images from the Mars Rover are in! Buy Bitcoin!

In case you didn't turn on the news yet today, we sent a rover to Mars.

It was just revealed that it landed safely a few minutes ago.

And now, the first images of Mars are being released.

In a shocking turn of events, even on Mars they know the best move is to buy bitcoin 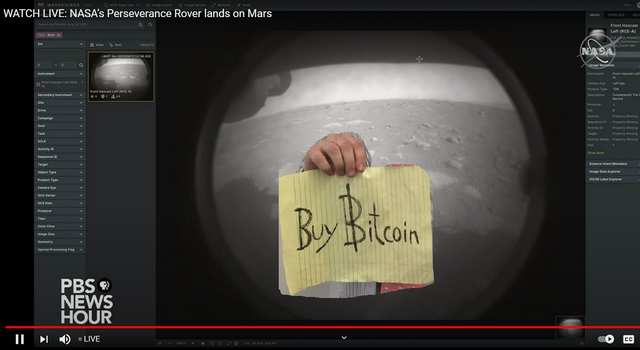 I knew people loved bitcoin here on Earth, but on Mars too?

If the message wasn't clear before to buy more bitcoin, it certainly is now.

*This is just a joke, the Mars Rover isn't really holding a Buy Bitcoin sign, but it would be really funny if it was