It's all going to Crypto!

Jim Cramer said what we already know, "it's all going to crypto".

Over the last several days, gold has been surprisingly weak while bitcoin has been seeing new high after new high.

This wasn't lost on Jim Cramer who suggested the reason for gold's weakness is likely related to bitcoin's strength.

Saying the reason that gold is weak is because "it's all going to crypto!" 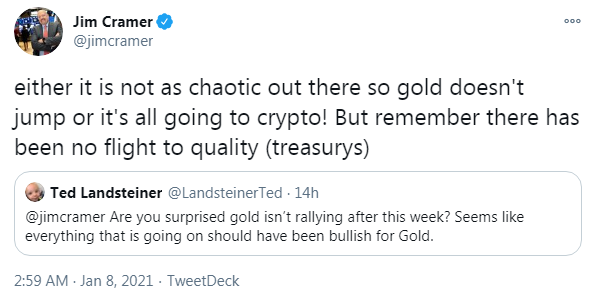 This is especially interesting because for the longest time bitcoin was most closely correlated with gold of all other major assets and asset classes.

However, over the last year or so, bitcoin has tended to be more highly correlated with US equities...

Crypto is hot while gold is not!

Unfortunately for gold bugs, they are holding onto an antique.

Bitcoin bests gold in almost every single way, except one, it doesn't have the long standing history of gold as a store of value.

Other than that, bitcoin beats it in every metric. 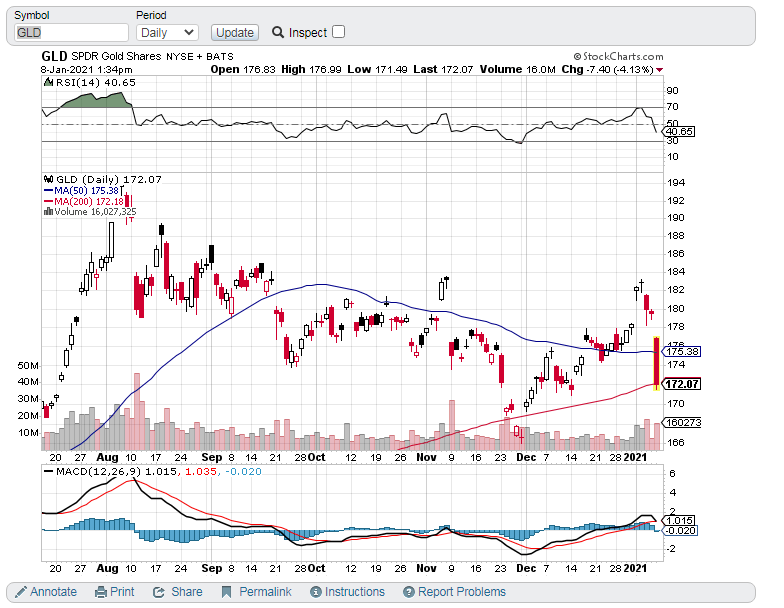 Not pretty, especially when bitcoin has been making new high after new high.

Bitcoin is currently trading around $41k which is a hop skip and a jump away from the $42k all time high set a few hours ago.

I expect this trend to continue over time as more and more money sitting in gold makes its way over to bitcoin.

That's one of my base cases for why bitcoin eventually gets to $100k and beyond.

It's going to take at least 10% of the gold market in the near term, eventually taking 25% and probably 50%.