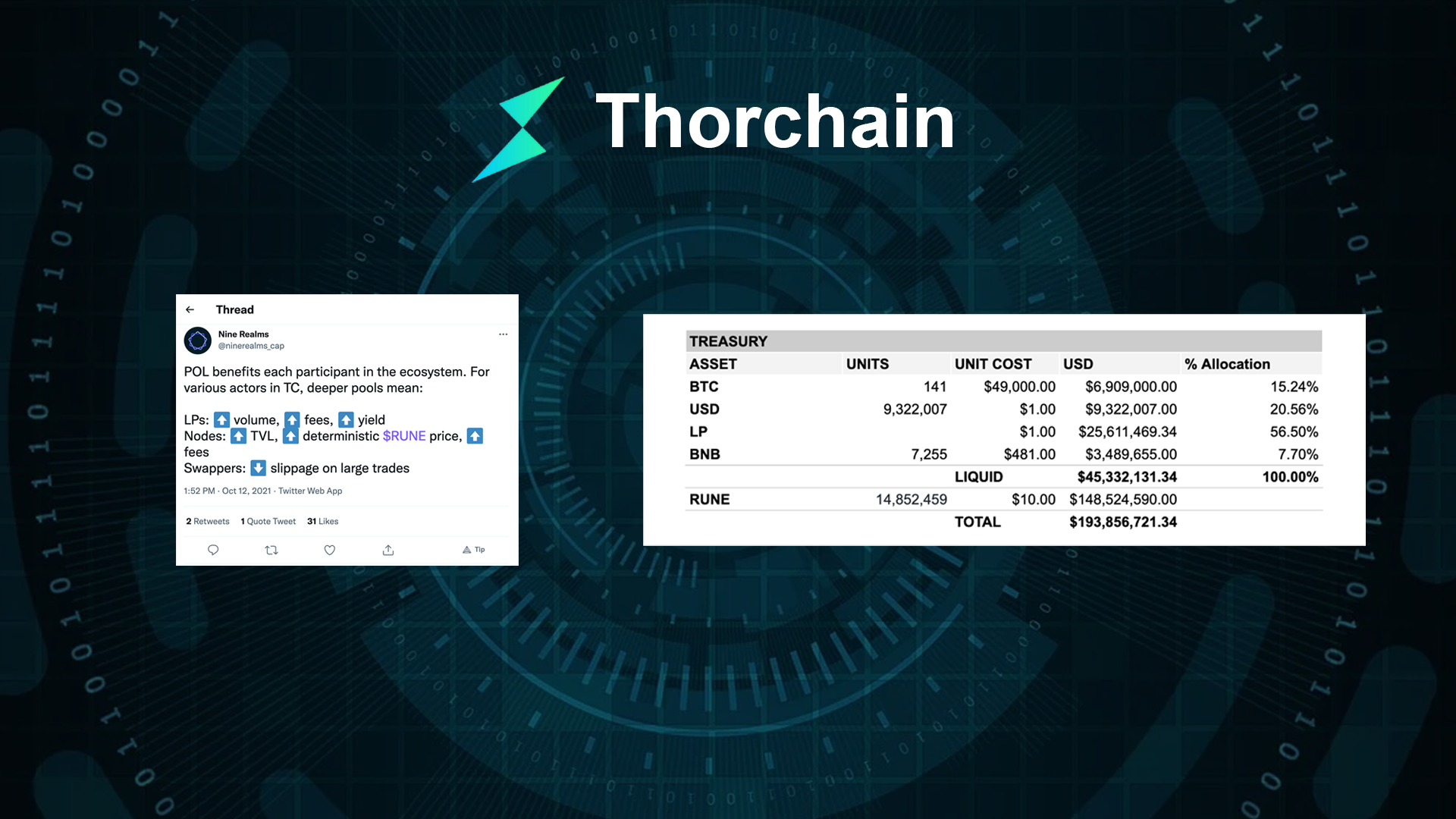 Back in November 2020 I wrote about a concept being discussed in the Thorchain community called "Liquidity Black Hole Theory". The theory itself is quite simple:

In the Thorchain context, liquidity incentives kick off a number of feedback loops to generate more trading volume, more profit for LPs, more liquidity depth and so on and so forth. Back in that post, we had recently launched WLEO on Uniswap (crazy how time flies) and so I related that information to LeoFinance's own liquidity programs.

As part of the LeoAlpha initiative, we're diving into a number of exciting projects in the space. Naturally, Thorchain is at the top of the list. 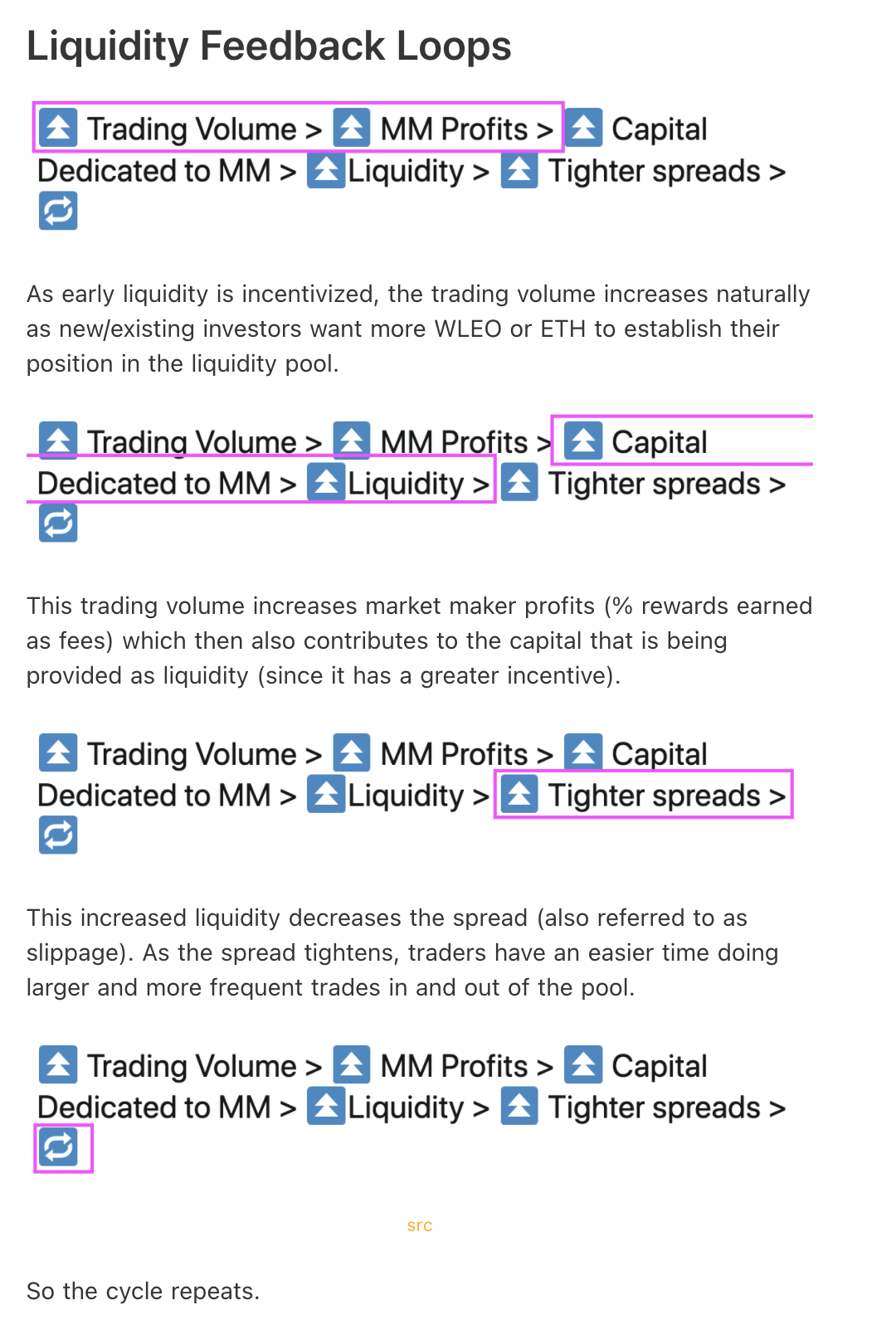 The launch and success of OHM and the Olympus DAO have sparked a new conversation that is feeling quite similar to Liquidity Black Hole Theory. Many are calling this DeFi 2.0 as we see the emergence of Protocol Owned Liquidity.

Protocol Owned Liquidity in a basic sense refers to liquidity owned by the protocol. A DAO or a series of smart contracts or even an org entity controls value that is captured by the underlying DeFi application.

That value is then deployed as liquidity for various use cases and end goals. The Olympus DAO created a backed token (not pegged) out of their POL and this has led to enormous value capture for their ecosystem.

Some in the Thorchain community are now talking about accelerating the liquidity black hole thesis by deploying a version of Protocol Owned Liquidity. 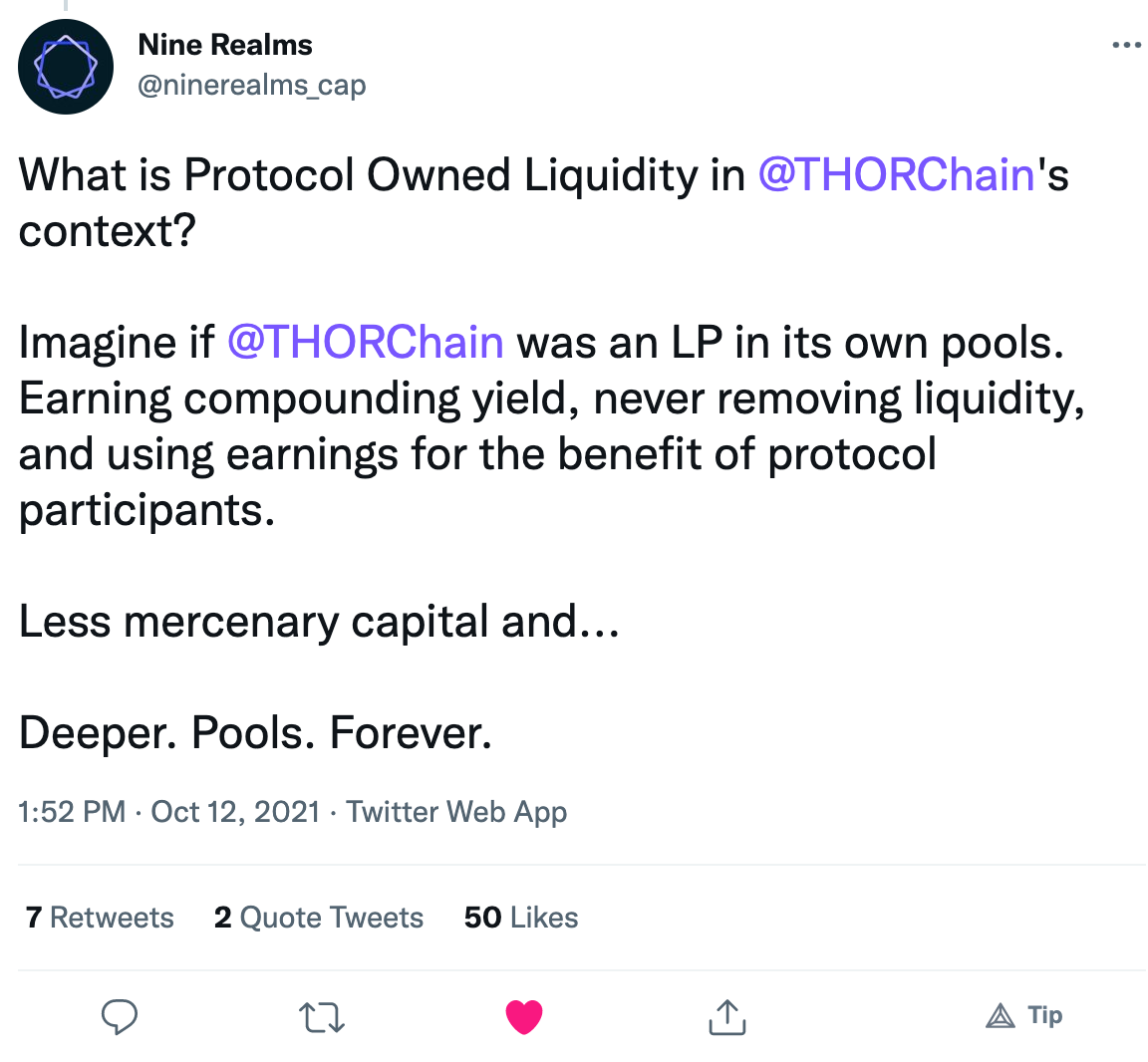 Thorchain has a large treasury of assets. Currently valued around $200m+ according to their latest treasury report:

One form of Protocol Owned Liquidity in the Thorchain context would be for Thorchain to deploy these treasury assets into their own Liquidity Pools on the network.

As the tweet above suggests: the treasury would earn compounding yield. It would never remove liquidity and it could use some of the earnings on POL to benefit protocol participants (i.e. bounties, development funding, insurance, etc.).. Deeper pools forever!

Why do deeper pools matter for Thorchain?

What other effects could this have?

Thorchain on the Bleeding Edge of Crypto

I almost titled this final section "Thorchain on the Bleeding Edge of DeFi" but that doesn't seem ambitious enough to describe Throchain. They're on the bleeding edge of the entire industry.

Thorchain aims to solve the largest problems in the entire space. The #1 issue being transferring crypto assets amongst various blockchains in their native forms.

As it stands, Binance is being heavily regulated.. Coinbase is fighting off an attack on their latest venture to provide yield to their customers..

Regulation is coming but it is not something to be feared. It's something to outbuidl. Bitcoin and the entire industry is about creating unstoppable code that provides freedom and access to the entire world.

Regulation is a good thing: it allows for major participants to join the space (mutual funds, large-cap hedge funds, etc.) and it also forces and reinforces the development of unstoppable protocols like Thorchain.

Thorchain is undoubtedly one of the most well-designed economic protocols in the crypto space. Adding this feature of Protocol Owned Liquidity further deepens that narrative.

p.s. Protocol Owned Liquidity is an important concept moving forward in DeFi. In fact, it's built-in to the PolyCUB Platform being developed by @leofinance. DeFi 2.0 is upon us 🦁