The Play2Earn Report - Getting Back To Normal

Well, this has been an odd week for me. On Tuesday, I finally got to get back to the Office full time. When this whole Covid-19 nonsense started, I was a big fan of working from home, but as it turns out, I'm simply not made for it. My overall mood has improved tremendously these last days which shouldn't come as a big surprise. As I'm now fully vaccinated, I can go to pubs, restaurants, and most importantly beer gardens again any time I please. On the flip side, this has caused me to take a several days long break from my crypto hustle as I was basically just working at the office and then enjoying life again. I guess it will still take me a while to get back to my old habits so it might still be a week or two before I get back to a more organized day and I might thus miss out on some or even most of my articles for the coming days. We'll see, but for now it just feels great to be able to actually do something else but working, hiking, and sitting at home again. I still wanted to do my Play2Earn report, even though there's not terribly much I can share with you for the week.

So anyway, let's have a look at my token gains first:

That's some great growth for the week. CTP is going to hit 20,000 during the next few days and I'm yet undecided on what to do with it afterwards. If I power up more than 20,000 I'll have to go for at least 25,000 before hitting a number I like again. On the other hand I feel like the token has a lot more potential than what it's priced at at the moment, so selling it would feel wrong currently. We'll see what I'll do... LEO is also getting close to 10,000. Lately both Leofinance and CUB have been under a lot of pressure, both loosing a lot of value. I don't see why the project would be worth any less than it was 3 months ago, so I'm definitely going to hold on to everything that I hold there. If kingdoms work out as good as we all hope, the price should appreciate a lot eventually.

Next let's have a quick look at the few projects I actually have something to say about this week.

So the big news for Splinterlands finally was released yesterday. I'm going to be honest here, it was not what I had hoped for. That said, it's amazing news nevertheless and something that could very well be a game changer for the whole project. If you don't have the slightest idea what I'm talking about right now, you should really check their announcement first. There are a couple of things that are really amazing about the whole thing. Firstly, it's obviously another great earning opportunity for me as well as anybody else involved with the project. With all the land, totems, cards, and other assets I hold across all my accounts I should get close to 20,000,000 airdrop points. There certainly are some whales out there that will have considerably more than that, but really, I feel like I'm in a great place to earn a lot of SPS this way. 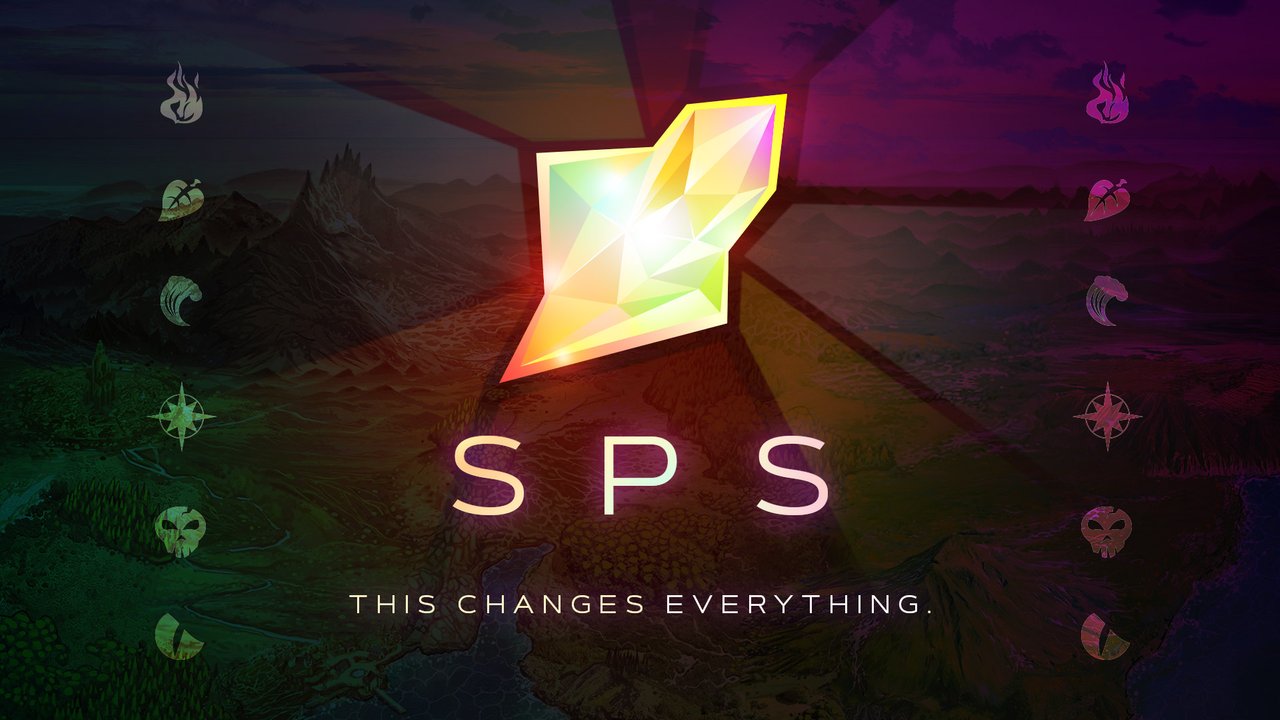 The other feature I really like is the ability to stake SPS on individual players and earn staking rewards based on their own performance. Personally, I'm going to stake everything I own on myself because this just feels right to me. Other than that, though, this is really just an amazing concept. It's like sports betting only that you can't actually loose anything. The worst that could happen is that you would have won more if you bet on someone else. This is something that Splinterlands needs to market the hell out of as it's completely unique in the whole (blockchain-)gaming universe!

Speaking of marketing, the move to BSC is obviously a game changer in itself. As much as I love Hive and as great it is for running blockchain games, at least for now running there actually held Splinterlands back. So by tapping into a more popular and better known blockchain, they can suddenly get in contact with people that would have never taken a look at the project on Hive. And they are doing all that without actually moving away from Hive. The game is still run there and that won't change. We already met some of their new found partners with more to come and if we are perfectly honest for a moment, I guess all of us expect to eventually see some form of cooperation with Binance. If (once) this happens, things will go really crazy around here. It's a crazy time for Splinterlands right now and I'm really happy I got involved with it the way I did!

I haven't used Noise for almost a week now and I'm probably not going to do anything with it again other than just dropping my article links there. I'm sorry to say, but at least for me, they managed to ruin the project. Maybe they'll manage to correct at least some of the mistakes again, but either way, long term a centralized system is just not going to work for me. Let's just hope we'll see Project Blank come to live one day. Once that happens, I'm probably never going to look back to Noise. We've had some good months together, but I feel like it's time to let go.

eXode is progressing nicely with the planet data update finished two days ago. The next addition to the game is now going to be the colonization portal so it basically could be any day now. I have to admit I didn't check the progress much myself this week but I'll do so in more detail again this weekend.

Well and that's really it for the week. I don't want to make things up just so I could write more. I won't make any promises for next week, I'm still over-compensating all that time spent at home but I'll be back in force eventually, I promise. Until then, thank you all for reading and see you next time!