Is this the new Bitcoin? 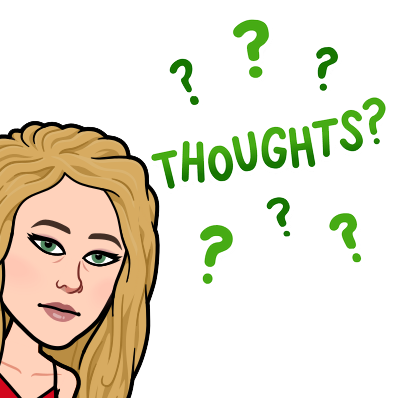 Today it is time to dive into cryptocurrencies again. And where I have gone every time for the more unknown tokens in recent weeks, I have chosen this week to view a cryptocurrency that my eye was drawn to by default in recent weeks. A crypto that has seen massive increases in recent weeks. To be precise, this crypto has gone up by no less than 287.5% in the past 30 days. That didn't go unnoticed… at least, not for me.

We are going to talk about ELROND (EGLD).

What makes this cryptocurrency so valuable that it has seen such a massive rise in its price? Of course, I had to dive deeper to find an answer. And the first thing I came across that could explain it was that Elrond uses the Sharding technique. The first thing that came to mind was that this was a technique that I had encountered before. Just to name a few, Ethereum, Polkadot, Algorand and Zilliqa also use this Sharding technique. So although it is a technique that solves the scalability problems, I did not immediately find this a reason to believe that the large increase in the price could be explained by this. Until I continued reading ...

Elrond uses a new way of Sharding! Namely, the Adaptive State Sharding, with a dynamic model that allows the network to adapt to the participants and the demand for changes, without compromising security, availability and decentralization. Quite a mouthful, but Elrond distinguishes itself by using a way of sharding that can adapt to the participants and demand for change. State, network and transaction sharding are combined here. And this way of Sharding is unique within the blockchains that use the Sharding technique.

To successfully implement these three forms of sharding, Elrond's network runs on 2,169 validator nodes that are split into four shards: three execution shards, each capable of 5,400 transactions per second, and one coordination shard, the "Metachain". The network can be scaled up by adding an extra shard if the throughput demand is not met. For example, there was a test in which 263,000 transactions per second were executed in a public environment with 1,500 nodes from 29 countries, grouped in 50 sharts.

Elrond's approach to the Proof of Stake consensus algorithm is different in combining the selection of random validators, appropriateness by commitment and judgment with an optimal dimension for the consensus group. In plain language, this means that validators are chosen randomly by the algorithm and based on an assessment score based on past activities. Incorrect past activities that affect the review score include not being online for a validator or approving 'malicious' transactions. If a validator's rating becomes too low, it will not be selected and will have to pay fines. Validators can also be removed from the network (slashing) if they continuously act in a way that violates the integrity of the network (approving malicious transactions or being continuously offline). In addition, the Secure Proof of Stake consensus mechanism builds on Algorand's idea of ​​a random validator selection mechanism by reducing the transaction delay, allowing each node to determine the validators at the start of a round. With Algorand's Pure Proof of Stake consensus mechanism, choosing the validator can take up to 12 seconds, while with Elrond it would take a tenth of a second.

After reading this I started to understand somewhat what made the price go up, but still the whole sharp increase was not sufficiently explained to me. And after more searching I came across the following, and that explained to me the full increase.

Elrond's mainnet token has been Elrond Gold since September 20, 2020. Before that it was the Elrond (ERD). Since September 20, a mainnet token swap has been done from their ERD token to the new EGLD token. Users who had ERD could swap their ERD and from then on for every thousand ERD coins they received only 1 Elrond Gold! Because what is the case… Elrond thinks SCARCITY is extremely important. And of their Gold only 20 million have been created. At the moment, that makes the Elrond Gold even more scarce than the Bitcoin. Because as we all know a maximum of 21 million Bitcoins come into circulation. Elrond has indicated that their Elrond Gold may be increased to a maximum of 30 million, but more than those 30 million will never be made. And there was a good explanation for the high rise. The token swap from the ERD to the EGLD. The scarcity of the EGLD, and the innovative techniques. The combination of all this made it clear what was going on ...

What will Elrond EGLD still achieve?

As indicated above, the price of EGLD has skyrocketed in the past month. That could very well have to do with all the technical launches that have been there in recent months. For example, you can discontinue your EGLD since the end of 2020 and it is possible to build smart contracts on Elrond's blockchain. Last month saw the launch of Maiar, a digital wallet and payment app that uses the Elrond blockchain. In the second quarter of 2021, the Elrond network will partner with Binance Smart Chain; this is called DeFi Interopirality. This allows the free flow of stocks issued in one blockchain to participate in DeFi opportunities in the other blockchain. DeFi was the hype of 2020 and I actually expect that this will not be much different for 2021. Elrond's collaboration with Binance Smart Chain could therefore very well lead to a new price increase!

Not entirely unimportant for a crypto is, in addition to the underlying technology, what kind of team is working on this crypto. And what is particularly striking at Elrond is that the team consists largely of developers. Only 1 person in the marketing department. Here Elrond could perhaps improve a bit, but on the other hand… these developers provide an innovative technical crypto that can surprise friends and foes with the technology. How much marketing do you still need to get attention. I mean, marketing is important but it is still the technique that has to prove it.

All in all, you can say that Elrond is a promising project that is perhaps worth following, especially since the collaboration with the Binance Smart Chain will also come in the second quarter of 2021.

Given the sharp rise in the EGLD in recent times, it doesn't hurt to keep realizing that no matter how attractive this coin may seem, and how innovative the technology is ... after such a sharp rise, a similar substantial correction is often seen. So take a good look at what happened before you fly headlong into this coin ...

Always do your own research. I am not a financial advisor!