Welcome to the weekly edition of the LeoFinance stats report.
This is a weekly report covering March 29, through April 4, 2021. 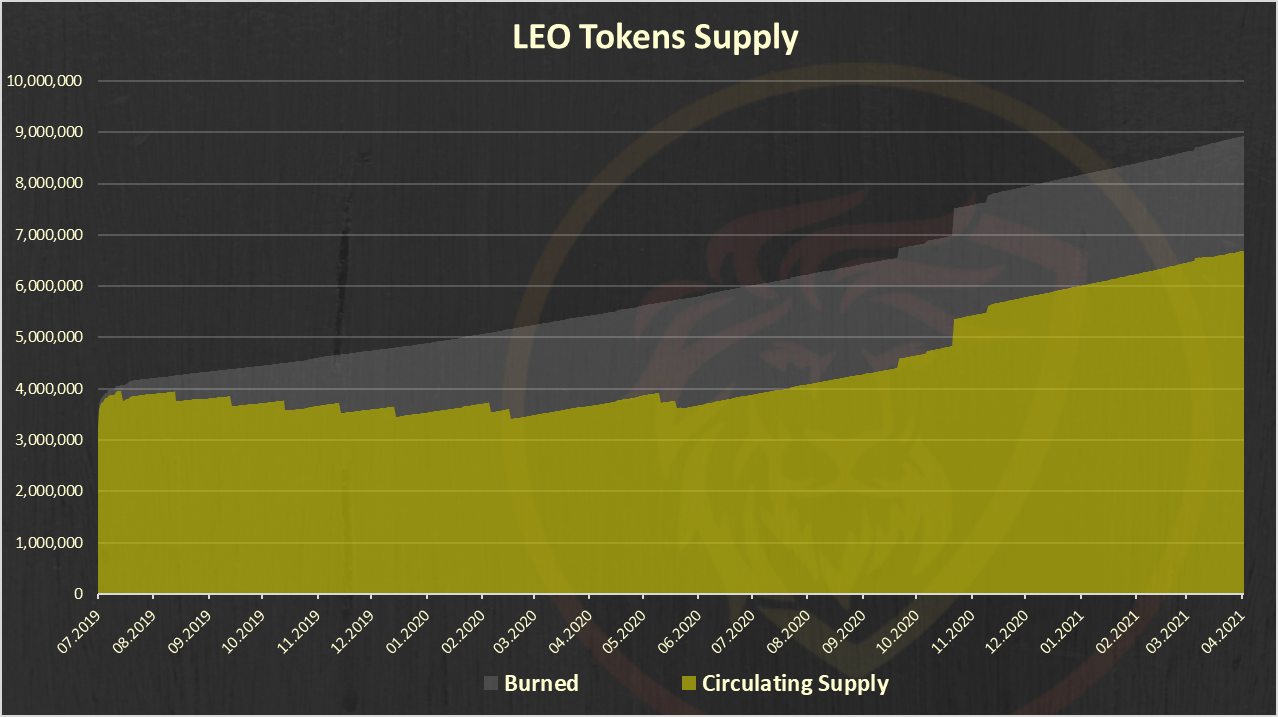 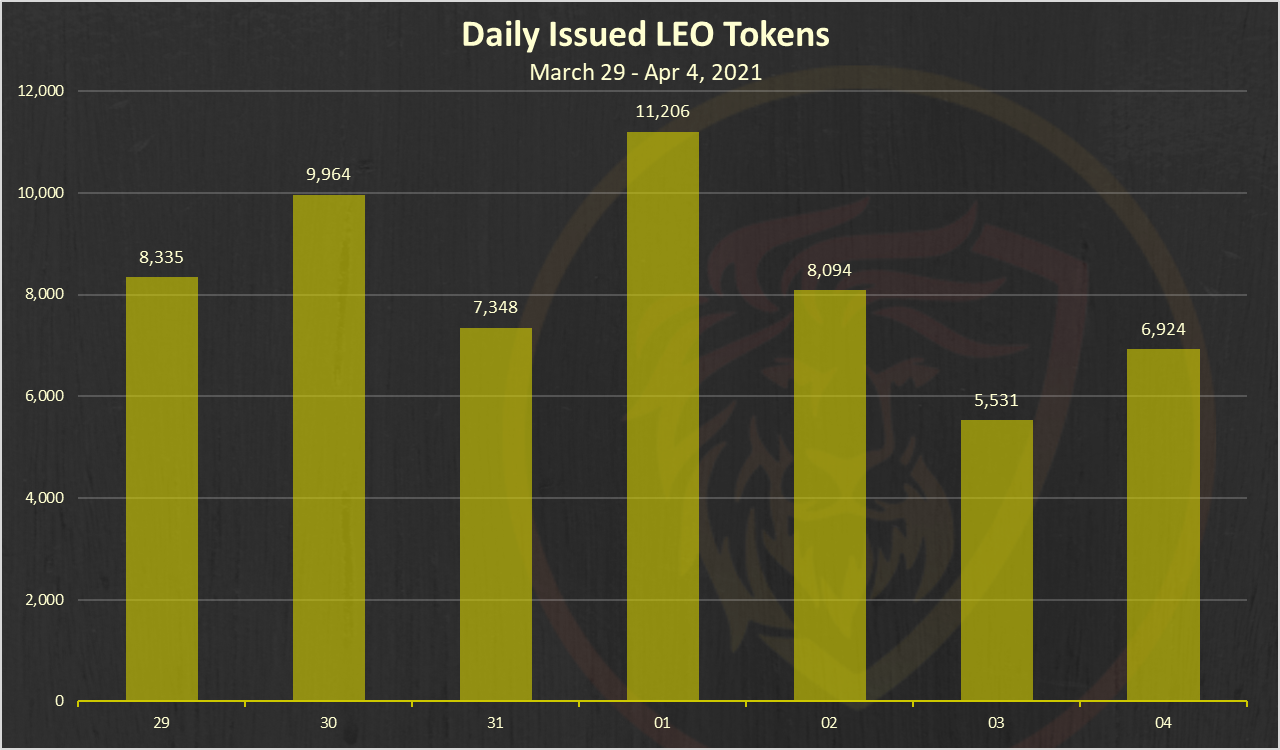 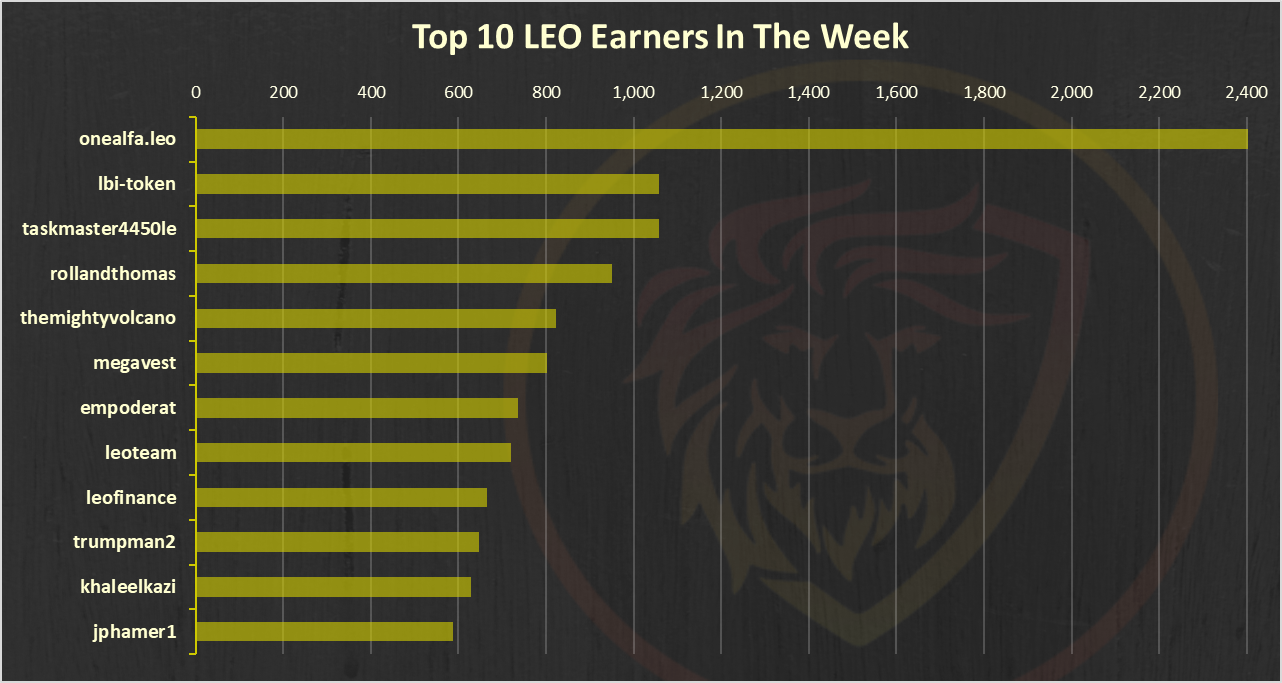 @onealfa is on the top with 2.4k tokens, followed by @lbi-token and @taskmaster4450le. 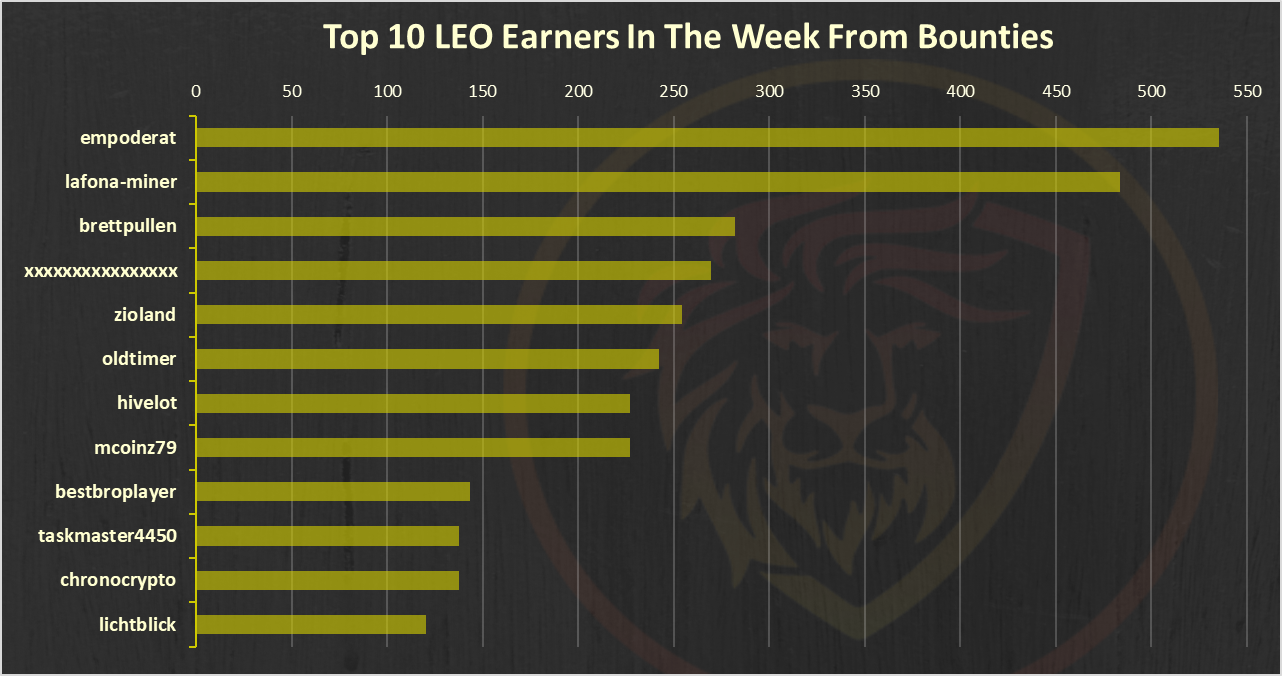 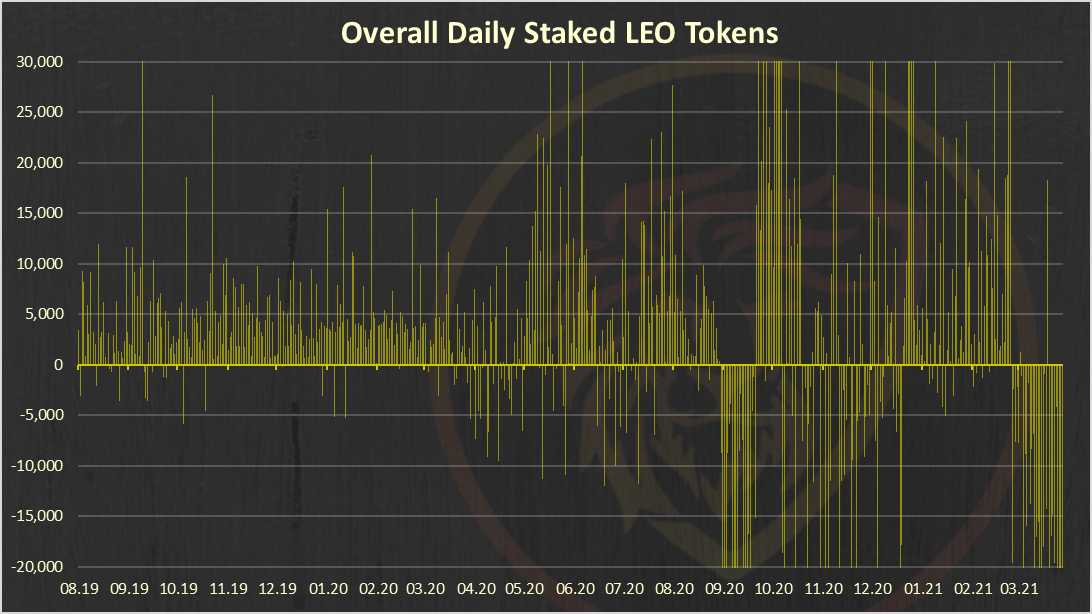 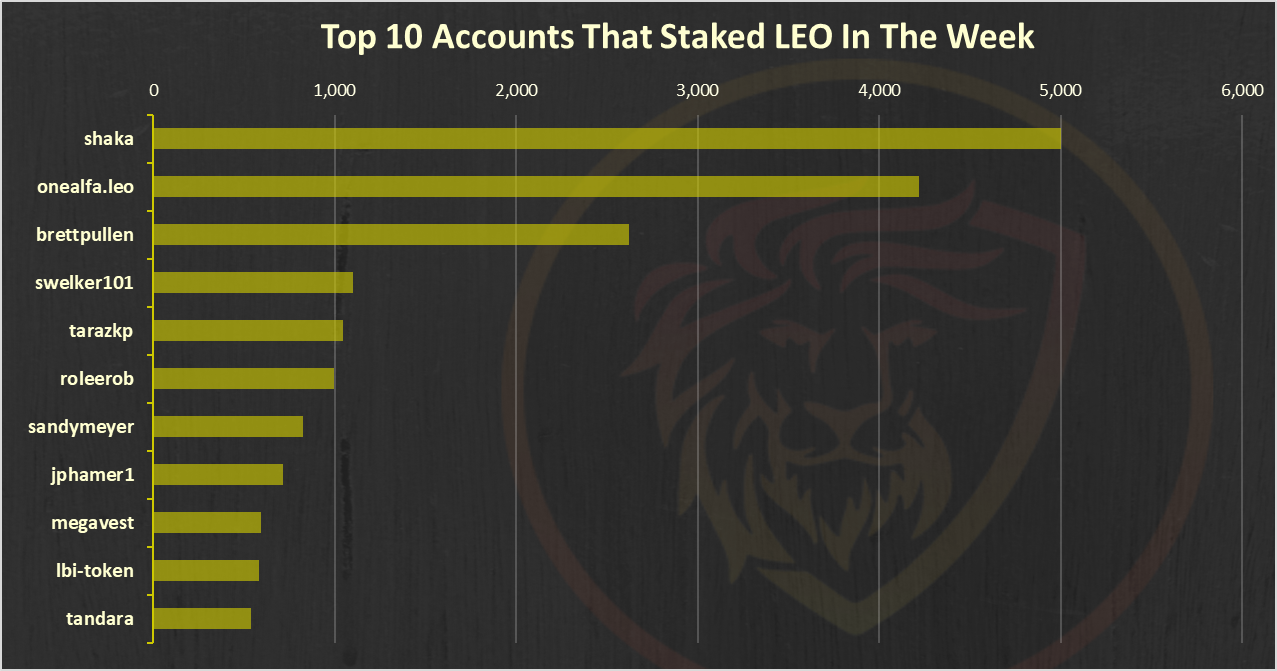 The @shaka account is on the top wit a massive 5k LEO staked, followed by @onealfa.leo and @brettpullen. 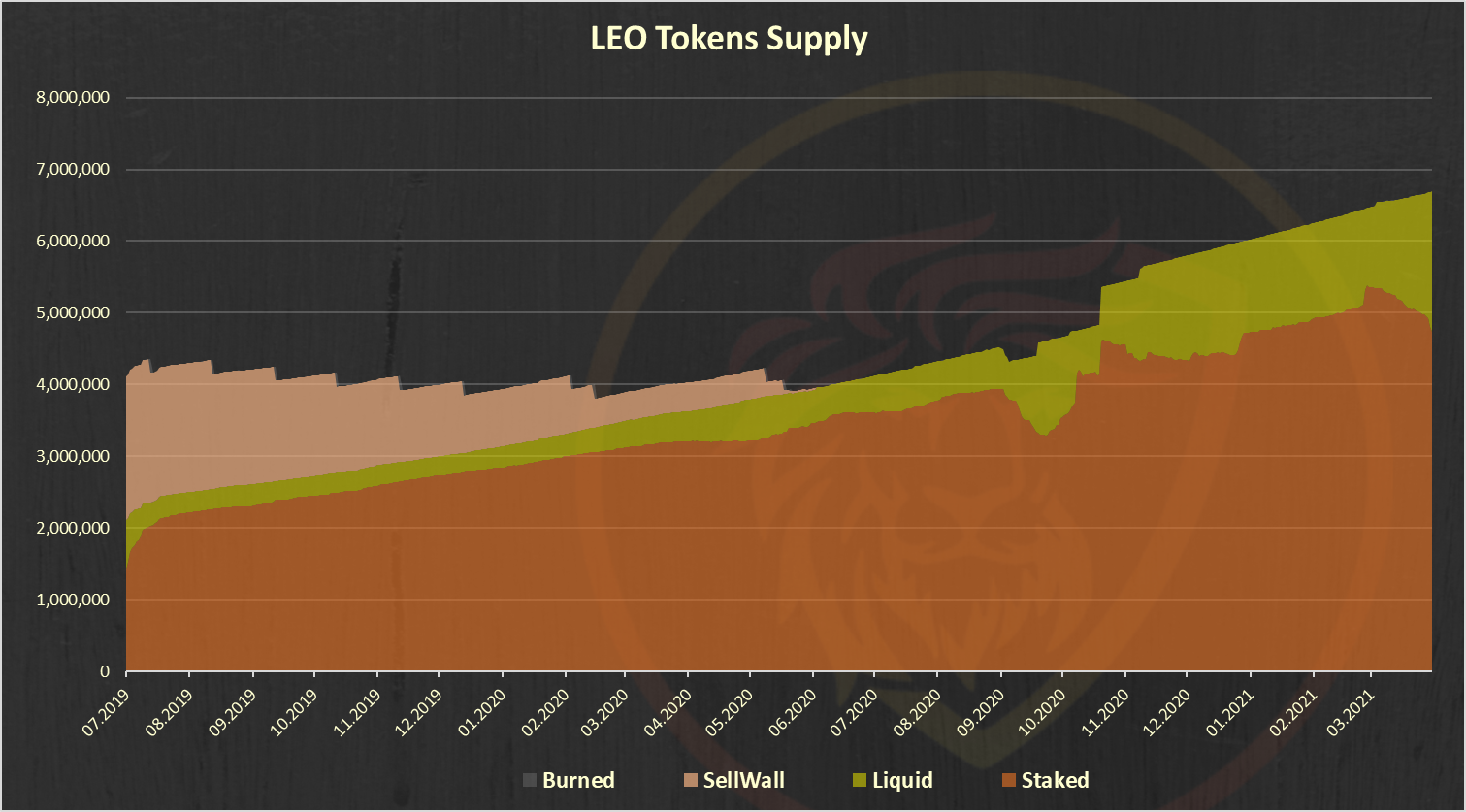 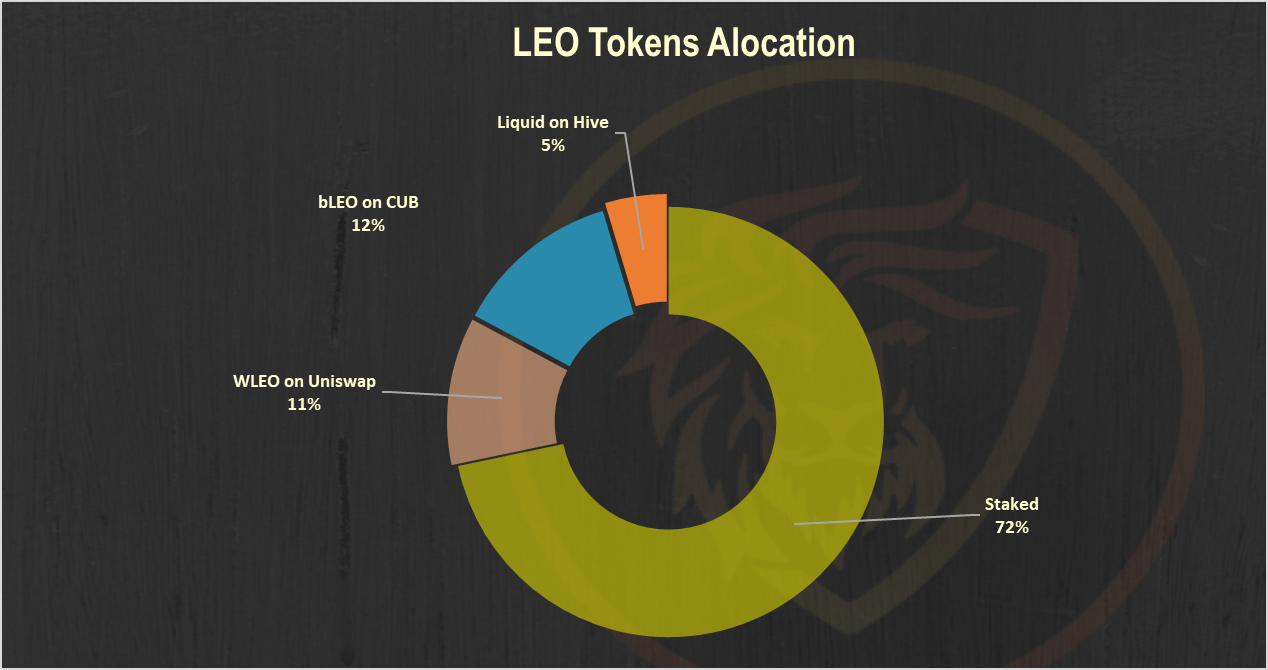 The bLEO pool on BSC has officially overtaken the WLEO pool on Uniswap. There is 12% of the total supply on BSC now and 11% on Ethereum/Uniswap. The share of staked LEO has dropped as well, from 76% in the last week to 72% now. The overall realocation of the LEO supply is still undergoing. 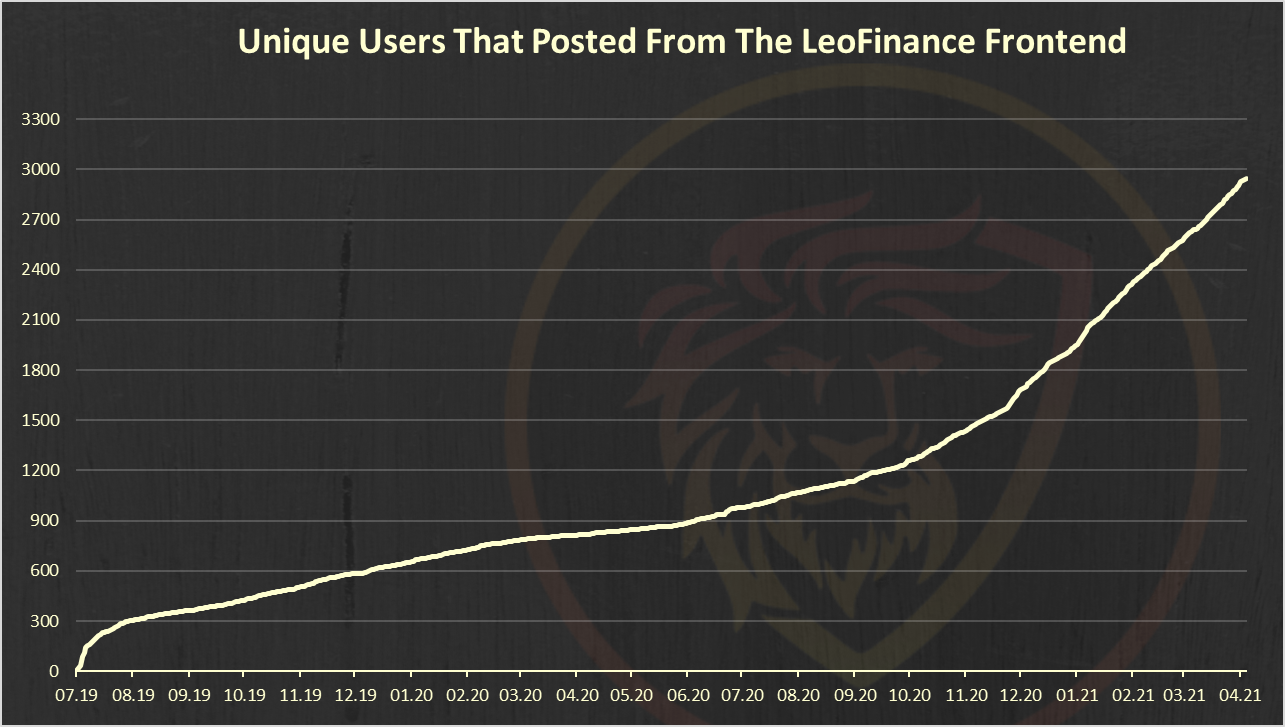 Almost 3000 unique accounts have posted from the LeoFinance interface. 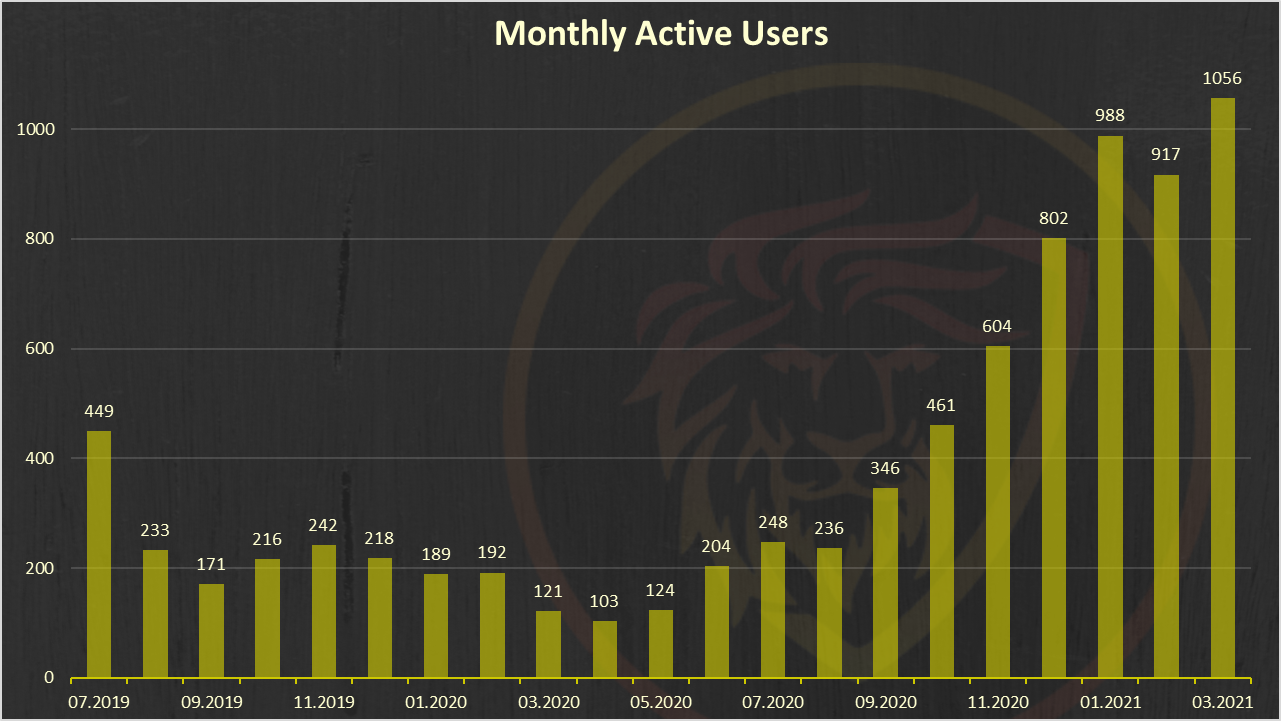 Mach 2021 is the first month for LeoFinance with more than 1k accounts posting from the LeoFinance interface. A 1056 to be more precise. 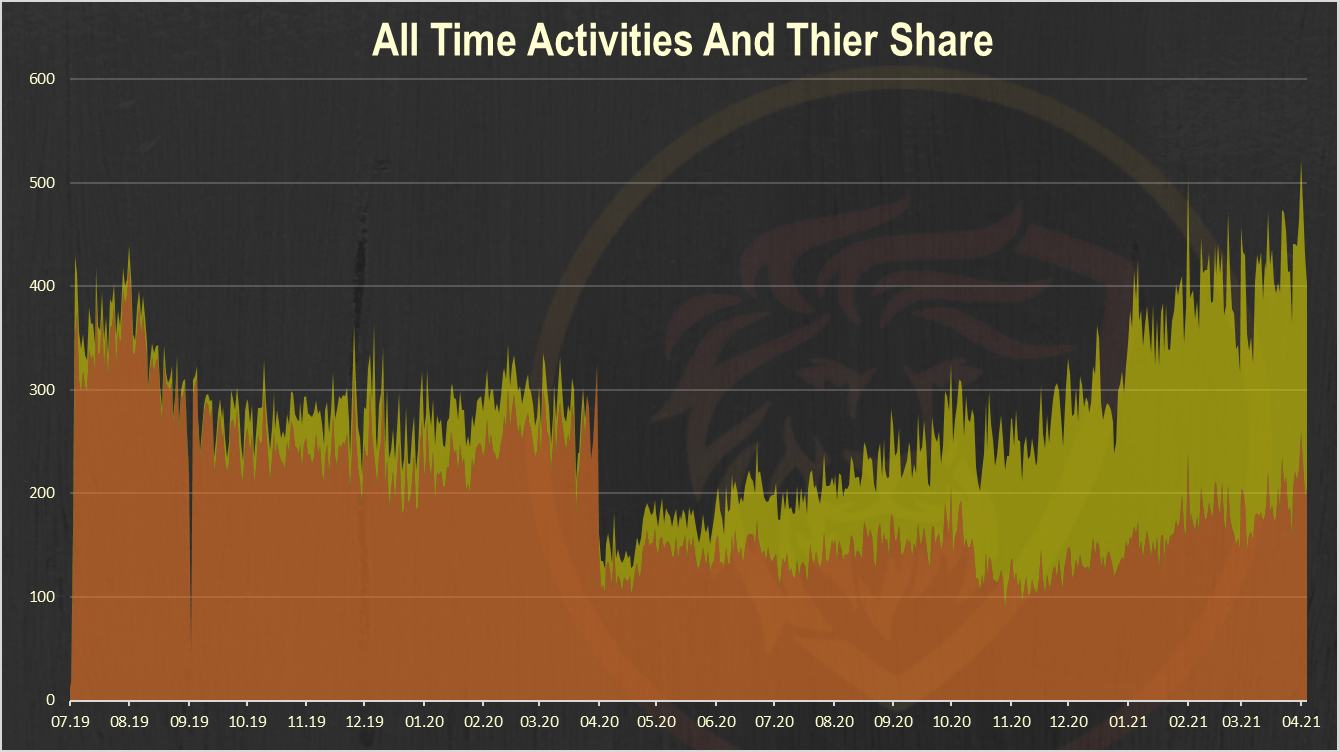 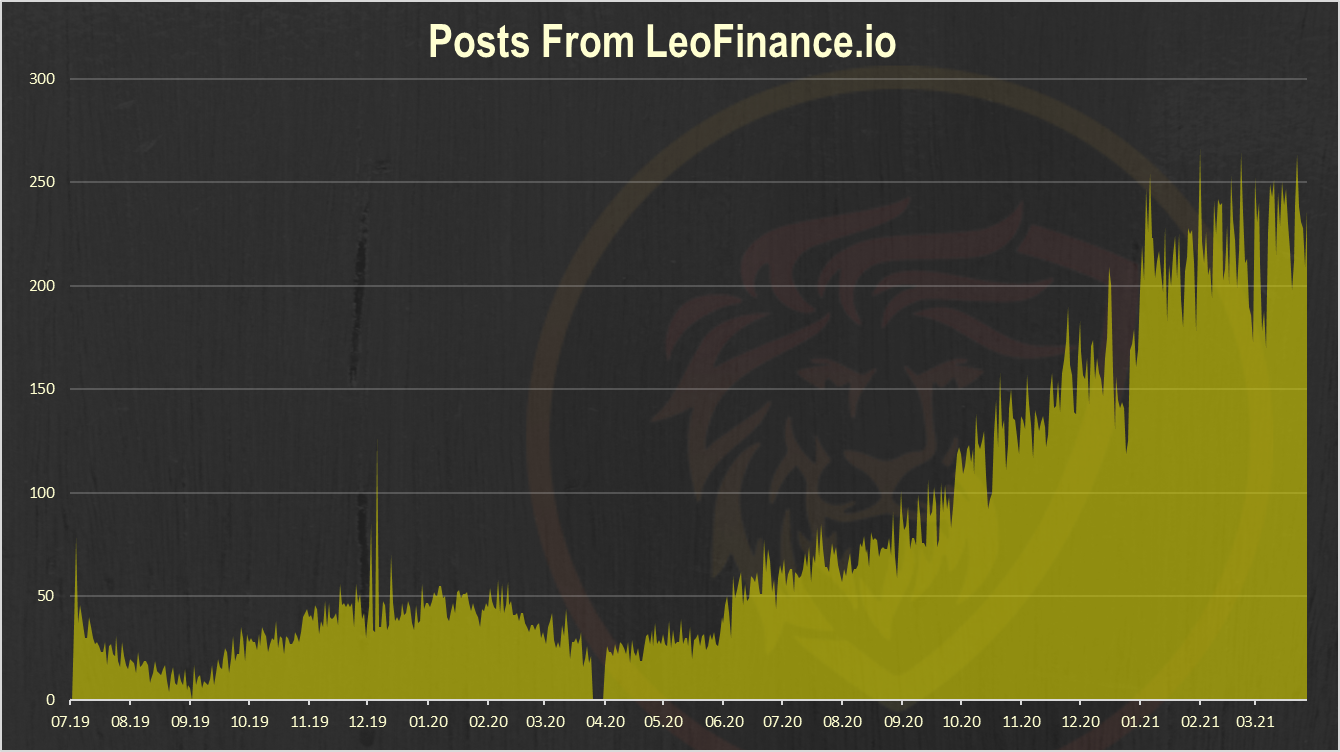 The up trend in the numbers of post from leofinance continues in the last week as well with a total of 1628 post in the week. 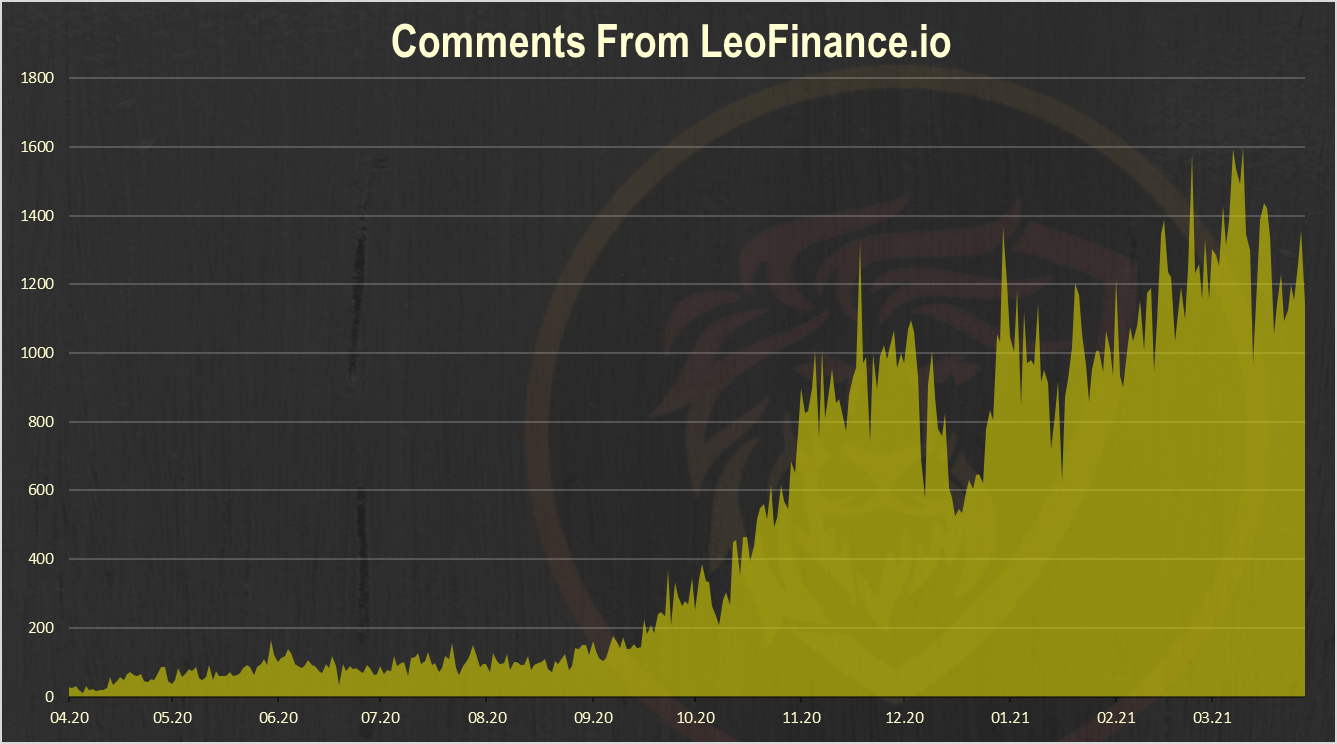 Commenting on LeoFinance is doing great with a recent increase to more than 1k comments per day. In the last week there was 8.3k comments in total. 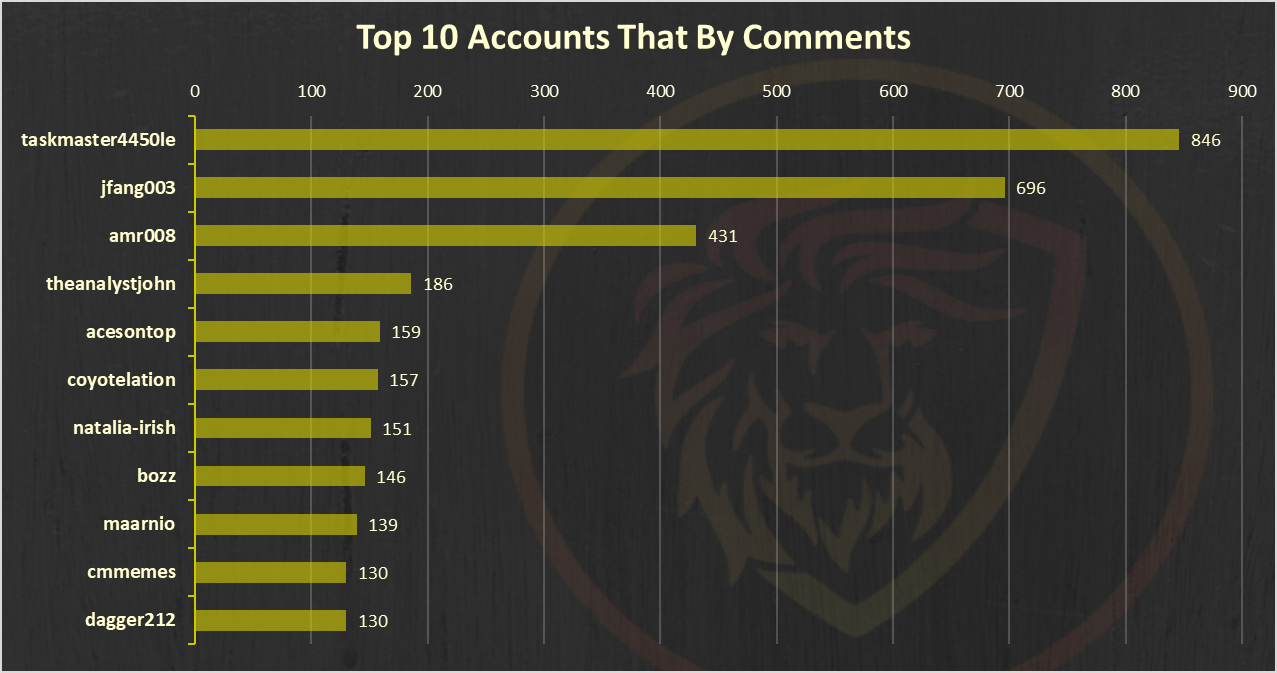 @taskmaster4450le the absolute champion for commenting on LeoFinance with 846 comments!!!
@jfang003 is second followed by @amr008. 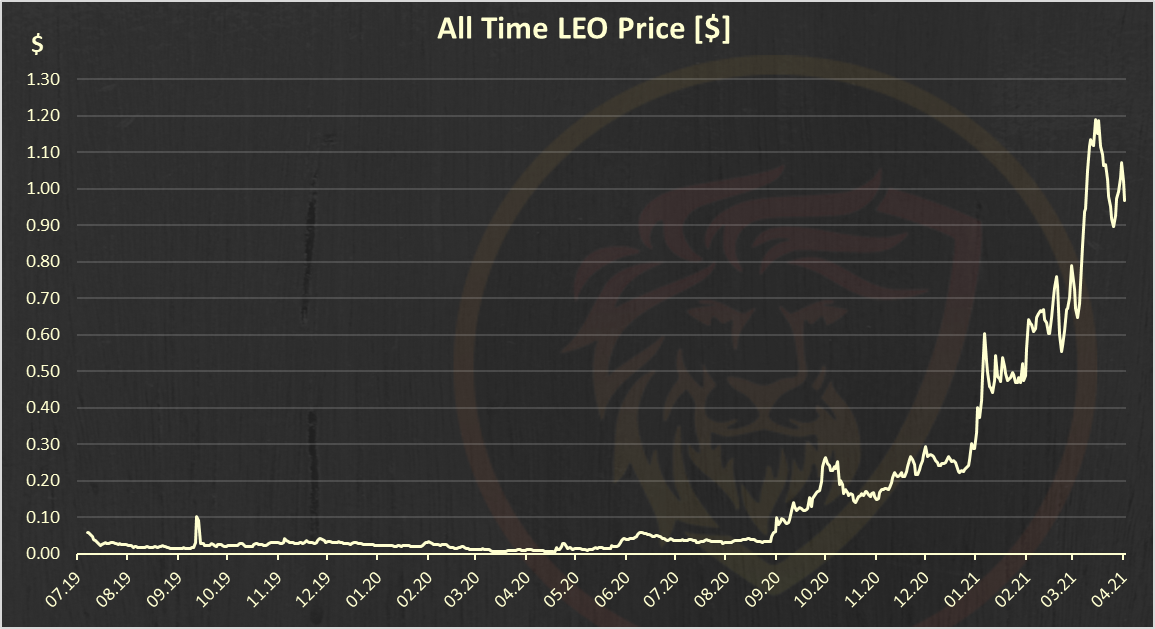 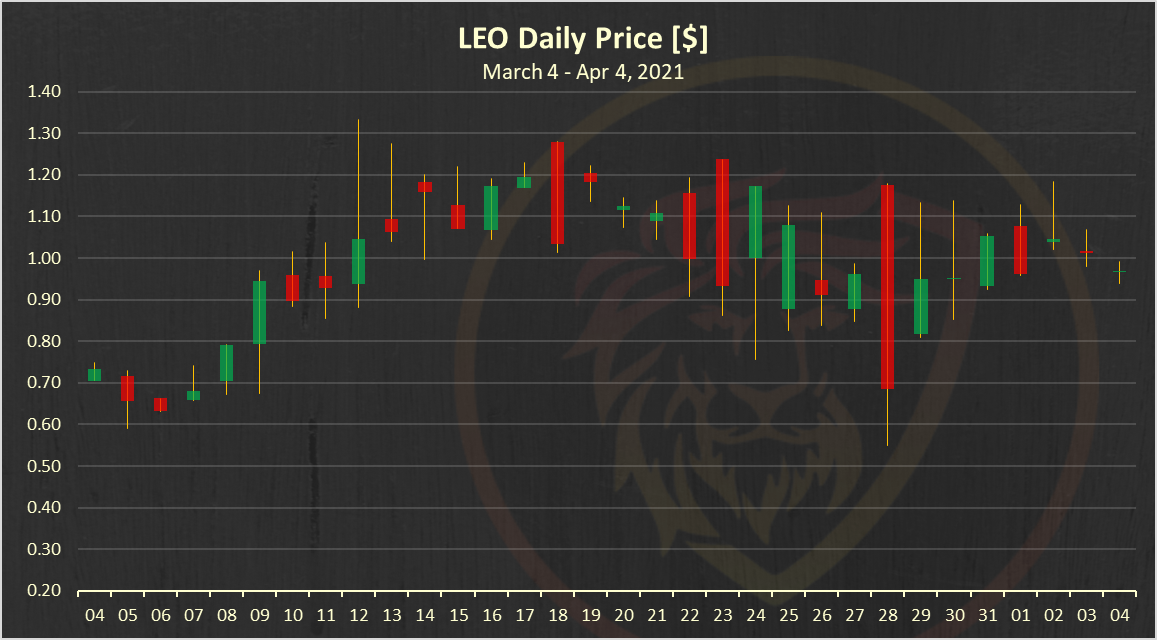 The chart above is from Hive Engine and there was a lot of volatility in the last days because of the HIVE price pump. Overall, LEO is holding around 1$ in the last period.