Should You Worry about Tether's Unregulated Minting? 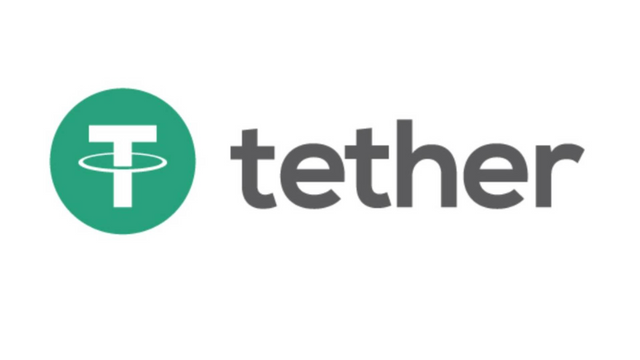 Stablecoins are garnering lots of attention as the bull run is refueling, and this is their shining circumstance where they are of most vitality. I got interested in stablecoins in general and wanted to know just how USDT managed to garner such infamy over the years.

They are the real stores of value, whether the gauge of the market's sentiment is pointing toward the bearish or bullish side. I've always likened them to the equivalent of a parking lot, where you park your cryptos away from potential losses or, if you are just as unlucky as I am, potential profits. And Tether USDT, despite its many controversies peggy-packing off its past, remains the flagship stablecoin to park in that is quite resilient against ballistic price action. You'd think that a stablecoin wouldn't have such an eventful history to it; just maintain a $1 peg to the reserves and you're golden, right?

Just what made USDT so controversial to begin with?

It's legitimacy was almost immediately brought into question on arrival in 2014, back then branded as Realcoin and have since been renamed to Tether. Essentially, it's peg to the dollar was was not consistent with the reserves, making 1 USDT equal to about 0.72 dollars, and the rest of the gap is jerry-rigged with assets to complete the one-dollar reserve. The promise of reserves backing USDT fully was enough to sell it as the best utility stablecoin in the cryptocurrency industry, which, at the time, made it the only reliable stablecoin available.

Generally speaking, the market capitalization of an asset, such as Bitcoin or an Apple stock, changes each according to how many outstanding shares are created and sold. In the case of a conventional stock, the creation of shares is governed by legal bodies and the fact that increasing the supply till it exceeds demand is going to thwart the price. With Bitcoin, it's governed not by a legal body, as that's inapplicable in the crypto industry, but by the protocol and the infrastructure that dictates the systemic creation of Bitcoins: the Coinbase Reward.

With stablecoins, the math changes. The uncontrolled, excessive issuance, or rather, minting of new USDTs is of no detriment on the price of the stablecoin itself. In addition, Tether has almost exclusively been minting and 'selling' newly issued USDTs to Bitfinex, which is the controlling company of Tether itself, which renders those sold as true outstanding shares.

The revelation brought on by an investigation into Tether's reserves made it clear that, in addition to the USDT being partially-reserved, the controlling company of Tether, has been using USDT to disguise their enormous losses, as I believe they are trying to maintain a good outward public image to high-profile investors in their annual reports. The result With stablecoins, the math changes. The uncontrolled, excessive issuance, or rather, minting of new USDTs is of no detriment on the price of the stablecoin itself. In addition, Tether has almost exclusively been minting and 'selling' newly issued USDTs to Bitfinex, which is the controlling company of Tether itself, which renders those sold as true outstanding shares.

The result is an inorganically inflated market capitalization on USDT, with no adequate reserves to back it up with. Worse yet, the minting of said USDTs is not a systemically scheduled process, rather, a conditional one. In moments where Bitcoin is most active in terms of bullish price movement where you'd expect a majority of investors pooling their positions with Bitcoin rather than stablecoins, minting of USDT increases significantly, and conveniently sent to Bitfinex-controlled wallets and accounts. From hereon, the allegations of whether USDT is used to manipulate Bitcoin's price and growth propped up.

this is further complicated by the fact that Tether has burned countless bridges between many auditors in the past. This is a bad sign, because it alludes to Tether not liking the results of the audit itself, choosing not to make it public. In no way is there any way of transparency, you have to have faith in Tether's word that the business model they stand by is inherently organic in nature, which goes against, and quite frankly serves as an insult, to what Bitcoin is all about; the fact that there's no behind-the-scene operation hidden behind the curtains. absolute transparency at all times is an overarching theme in the blockchain technology, and Tether simply doesn't honour that theme.

Predictably enough this year, they were sued by New York's governing body and settled for millions of dollars. And to make matters worse, Tether still hasn't sought a reputable, credible independent auditor to report on the legitimacy of their claims.

Why is this an issue?

Despite the fact that USDT is not fully backed, the markets have reliably been trading it at a fixed price of $1 all those years. So then, why is this an issue?

People are going to lose faith in USDT. Tether simply cannot get away with not fully backing their issued tokens. In reality, 1 USDT is %74 backed by the dollar, and the rest by the faith and trust the market has in USDT.

This is just DISASTER waiting to happen. If, somehow, this faith collapses, a run on the bank in multiple high-profile exchanges is a certain forecast. Bitcoin could suffer massive losses as a result of the exchanges selling their BTC reserves in order to satisfy their userbase's withdrawals of USDT into cash. This probably sounds like a slippery slope fallacy, but the reality is that many exchanges rely on USDT as it's reserve of dollar. When that reserve somehow loses it's value, Bitcoin is steadfastly sold to compensate, likely with another stablecoin.

So... Should you worry? I don't know, in no way is there any mathematical formula, law or a model of sorts that might establish a framework in which loss of faith in a token can reliably forecasted. Not when the market capitalization is puppeteered by the company itself, not when shady, inorganic business operations seems to be the prevalent theme in how Tether conducts itself.

This is by far the lengthiest post I've made on LeoFinance, probably the last one for that matter as I went on quite a bit of a rabbit hole to educate myself on the matter. One thing I hewed out of it for sure, though, is that Bitcoin managed to stand the test of time. Not manipulation, not FUD, not even a rogue tweet from Elon Musk was able to affect Bitcoin in the long-term. Bitcoin is here to stay, be a part of it!

Great post! As you said this might not ever be an issue, look at the US dollar it is no longer backed by anything other than trust and they keep printing it at an insane pace. Either way I don’t like Tether and I avoid it at all costs. USDC seems to be the best option.
If tether goes down we will see a MASSIVE drop in the crypto markets in the short / mid run.

Thank you. BUSD also seems to be a formidable foe to USDT in terms of volume but not market cap. USDT was the first stablecoin and the first stablecoin to be cross-chained with all the popular blockchains. if BUSD goes on to do the same, it might just be able to trump USDT.

I'm gonna sidetrack a little here, but the way Binance handled their business model is nothing short of ingenious. The way they created utility and capitalized on the both the atrocious fees of ETH as well as the DeFi craze is amazing. If Binance manages to peg BUSD as the reliable go-to stablecoin, USDT's days might just be numbered.