Where is CUB's trajectory headed?

With the advent of this much-awaited DeFi project, it seems to have been all the craze since its launch that will likely see no end, at least for the foreseeable future, with everyone on LeoFinance hyping it up, often beyond reasonable proportions. Well, I'm here to break the echo chamber of circle jerking, and bring into light the truth against power, because I'm not afraid of throwing a pebble at someone from a high tower.

To cut the mountainous story short for those upper-class wealthy living off of LEO rewards: The diagnosis is bad, the prognosis going forward is even worse. But there is still light at the end of the tunnel.

Though the trading volume of CUB is definitively rippling positively, the constant farming, high yield returns and subsequent unregulated minting has taken a dramatic toll on the price, starting off its launch on a rocky note. 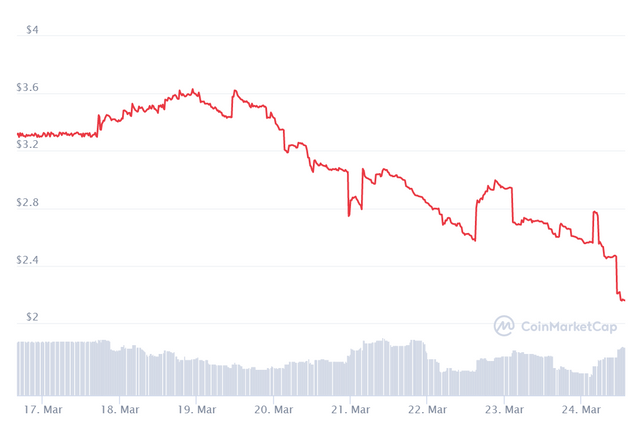 How can this be?

This is simply the undeniable truth of any DeFi project out there offering such lofty and astronomical APY rates, and this one is no different. Furthermore, to add insult to injury, the proposal of CUB posits something reminiscent of a closed-system. In making this project devout to solely serving LeoFinance.io and its numerous applications, how can anyone hope that the current userbase can moon it to parabolic heights? Surely, a much robust goal of attaining a far-reaching audience is necessary to bring this project to it's full potential and fruition.

In order to prevent the plunging of the price further, we have to adjust the issuance of CUB by cross-referencing where we stand on the supply, and the demand of CUB together, and attempt to equilibrate both ends of the seesaw. Only then can a basis for bullish sentiments can be established.

This is not to say that I am an enemy. It is to say, though, that maturation of this project is still in order before reaping what you sow. Perhaps the only take-home message i want you to get is that balancing the supply and demand curve of CUB will only yield good going forward.

I know that I am but a speck of dust when compared to the big dogs with their assertive voices, such as @trumpman, but I do hope that my voice will be heard, and above that, will be taken into serious thought and consideration!

Thank you for listening!