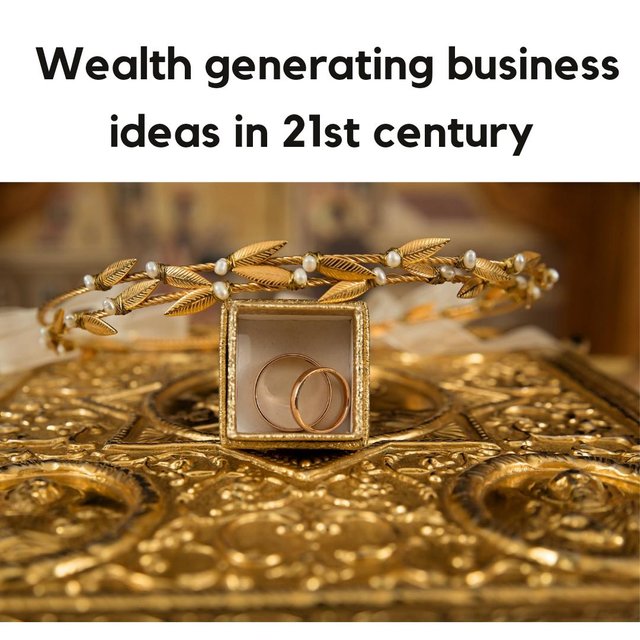 Talking about wealth and wealth generating principles or ideas is one of such topics that teaches alot of lessons about how one can break his/her poverty circle and live life to certain level of financial freedom and independency.

It is worth it to know that some have business ideas but do not know how best to bring this to life while others who may not have the capacity to generate ideas are good at executing and expatiating other peoples ideas.

In this scenario the two have to Work hand in hand in order to achieve a common goal.
One has to employ or partner with another to both create and bring a profitable business Idea to life.

A subtopic of concern now lies between choosing to either

Some persons feel that they are more productive when they are the ones in charge as the boss and owner of their business while other believe that they lack the capacity and leadership role to create a business and watch it grow till it reach a wealth generation phase.

You have to learn where your strength lies between been employed and been an employer of labour.

Business with wealth generating capacity in the twenty first century.

The world is ever changing and choosing to do things the old way would kick you out of business and probably run someone into dept instead of an expected end result if making good money from such businesses.

A typical scenario is my dad who rather against our advice chose to buy a bus which he can use for commercial business transportation purpose instead of buying a small car to be used as Uber, the latest trend in the business where drivers beautify cars to attract customers who need to move from one place to another in quality cars and
comfortable environment not minding the cost.

An uber driver can charge you $10 for a lift that will probably cost around $4 just because of the comfort you
enjoy while in transit.
It has paid the uber driver a two times his normal income for the service he rendered while a commercial taxi driver has to make two to three round carrying normal passengers who would be paying him around a dollar for covering the same distance.

Every business must rise to the latest trend and technology of its time.

Sooner than later micro companies selling solar panels and installation services in Nigeria will sell much more than those selling rechargeable torches and batteries.

The simple reason is because solar energy is cheaper and more accessible and people will prefer installing panels to tap this free energy rather than buying rechargeable items in which they have to wait for the power holding company to restore power supply (that is excessively scarce to find) so that they can recharge their gadgets and keep an extra source of this energy.

A better business and wealth generating idea between the two is the solar device marketing and installation compared to selling of rechargeable batteries and electrical appliances, any updated engineer can sense that.

We can see that it is important to stay abreast of the current problems of our world and see this as an opportunity to generate wealth becoming a problem solver.

When you have a solution to the need of any society, such ideas and solution can be channeled to becomes a source of wealth creation.

The purpose of this writeup is to give you a insight and also to be an eye opener on how not to sell old business in a new market expecting to make sells or generate wealth.