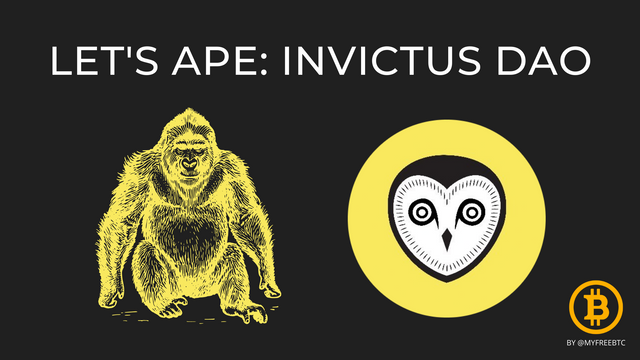 I used to be very strict and focused on the fundamentals of the projects I invest in but seeing smooth brain apes outearning me got the best of me.
I decided to start doing some APE investing of my own, just look at stupid, trendy projects with massive promises, APY's, or just aggressive marketing campaigns and jump in.

I'm very proud to say that I have never invested in a Rug pull. There's too much hype going around and I want a piece of the pie. Also, I have more capital now so I don't mind taking on some extra risk.
I do very little due diligence on the projects so I only gamble small amounts of money on each. Usually around $150 on each depending on what leftovers I find on my wallets.

@leoalpha recently reblogged a post from @rmsadkri about this platform and just minutes after that I start seeing people posting about it on TiKToK. I decided to take a look at it since there's some hype building up around this new OlympusDAO fork on Solana.
The project launched 12 days ago, I decided to go look at the price action. With such a high APY (50k+%) surely the price must be falling like a rock. 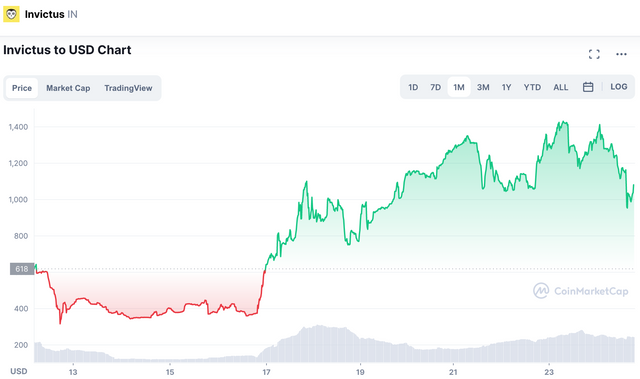 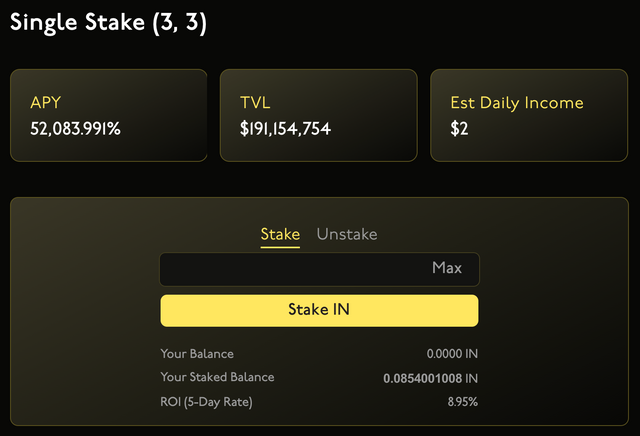 To my surprise, it has been increasing at a decent rate. A lot of volatility but that is to be expected in the first few weeks of a project.

At this point, I decided to check my Phantom to see if I had any Solana available. Well, I had 0.6 just sitting there so went full chimp mode and bought 0.5 SOL worth of IN (The native token for Invictus DAO). Which was equivalent to $111 or 0.08432 IN.

These are a couple of aspects I don't like that much about the project. IT DOESN'T MEAN IT IS A RUG PULL!

It is crucial to walk into risky projects with a strategy in mind otherwise greed will take over and ruin your gains! I like to bring my initial investment + some gains early on but let enough money in so that I can still enjoy decent gains if the project goes parabolic.

Strategize further if I reach my final objective depending on the progress of the project.

It looks very risky but the possible returns are insanely high. Losing $100 would have very little to no impact on my life so I would rather lose them than miss out on this opportunity.
I've invested 20 hours ago just when the price peaked so I'm already losing $13 but that's to be expected. I'm going to let my investment compound for the foreseeable future so short-term losses don't matter at all.