VeChain, introducing the world of logistics to Blockchain technology. 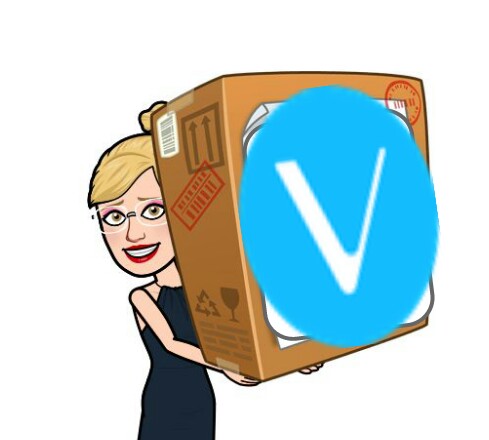 VeChain (VET) is one of the first blockchains built entirely to please the needs of users dedicated to business affairs. The team responsible for the project consider that by optimizing the supply chain the product lifecycle management through will be improved with the use of distributed ledger technology (DLT).

It is necessary to consider that VeChain provides users with several functionalities, which make it especially suitable for companies that need to improve supply chain protocols and business processes.

It is important to take into consideration that the logistics sector suffers from asymmetric information problems, which means that not always everyone involved in the chain has the same information. It is known that the systems in place collect a significant amount of data, which in turn are not optimally communicated with the other points in the chain.

In most cases, extreme compartmentalization leaves the entire supply chain dependent on centralized data sources, which has an impact on transparency and delay in data transmission.

VeChain aims to offer corporations the opportunity to track a large amount of data including components such as quality, authenticity, storage temperature and transportation status.

The VeChain platform provides all of these functions through a distributed and decentralized enterprise ecosystem, thereby decreasing overhead and improving accountability. By providing a fully decentralized, transparent technology, it imposes greater security, efficiency and ease of tracking objects within a given supply chain, while lowering costs through automation without the need to rely on centralized power.

Under this scheme, VeChain appeals to companies that need to reduce delays in the supply chain and offer a more transparent image to users.

On the other hand, the team responsible for VeChain indicates that its project applies a double token configuration, whose internal fees are combined with charges for various services to obtain operating income for the company, while token owners can participate in activities such as gaming, thus providing liquidity in exchange for rewards.

As for the use of its platform, it is applicable to track the quality, authenticity, storage temperature, means of transportation and last mile delivery of goods from the point of manufacture to the moment the package is delivered to the customer. To achieve these functions, VeChain makes use of smart chips or tags and radio frequency identification (RFID) sensors, which send accurate information to the Blockchain network accessed in real time by authorized users.

Through the application of sensors, all data related to the product can be constantly tracked, so that if there is any problem, the system informs both manufacturers and customers of any eventuality with the merchandise, which allows to optimize service and perform better quality control.

Another way in which VeChain works is by offering the possibility for car owners to own their own data and use it to establish better conditions and policies with the insurance companies of their choice.

VeChain was founded in 2015 by Sunny Lu, former chief information officer of Louis Vuitton China. The project initially started as an annex of Bitse, one of China's largest blockchain companies, which is one of the Blockchain companies with the most customers in the world.

Initially the VEN token ran on the Ethereum network, however as of 2018 VeChain consolidated its own blockchain, which was renamed VeChainThor.

According to its whitepaper, VeChain's initial goal is to incorporate into the supply chain industry a technology capable of delivering data that is actionable and transparent to its business propositions. Moreover, VeChain plans to take the lead in dApps and initial coin offerings (ICOs) through its platform, in addition to offering itself as the main ecosystem dedicated to the Internet of Things (IoT).

VeChain has important allies within the business world with which it has signed strategic partnerships such as PriceWaterhouseCoopers (PwC), Microsof, Renault, in addition to offering its services to the Chinese government for the Gui'an development plan.

As for its tokens, the VeChainThor blockchain platform has been designed to take on mass commercial adoption through its two tokens - VET and VTHO. VET is properly VeChain's token and is used to give value to smart contracts in addition to being publicly available. The VTHO or VeChainThor Energy token is used to generate transactions on VeChain and is equal to the cost of transacting on its Blockchain (like gas on Ethereum).

The VeChainThor Blockchain makes use of what they call Proof of Authority (PoA) which they use as their consensus protocol. According to this method votes are distributed based on EFP holdings and disclosure. On the other hand, holders of VETs without Know Your Customer (KYC) confirmation and with 1 million tokens in their wallet are empowered with 20% of all votes, while holders of VETs with authorized KYC and the same amount of cryptos are credited with 30%.

VeChain has 101 master nodes which are used for consensus on transactions on the VeChain blockchain. Unlike Bitcoin, it is not necessary for all nodes to vote on a transaction before consensus is achieved. Moreover, anonymous nodes are not allowed and identity disclosure is an essential prerequisite for becoming an authoritative master node.

Another type of node used by VeChain are the so-called economic Master Nodes, which do not generate blocks or even accounting records, they are only used as a means of energy control. For this purpose, a certain number of votes is assigned to each economic master node based on its VET holdings. For each 10K VET in some economic master node the token holder receives only one vote.

The master node system centralizes voting rights in a decentralized system. But the founders of VeChain have said that their goal in designing this protocol is to strike a balance between centralization and decentralization.

As I always say, the above information about the VeChain project should be taken as a reference for the user's knowledge, under no circumstances should it be considered as advice or investment advice.