THE NAIRA FIGHTING FOR ITS LIFE 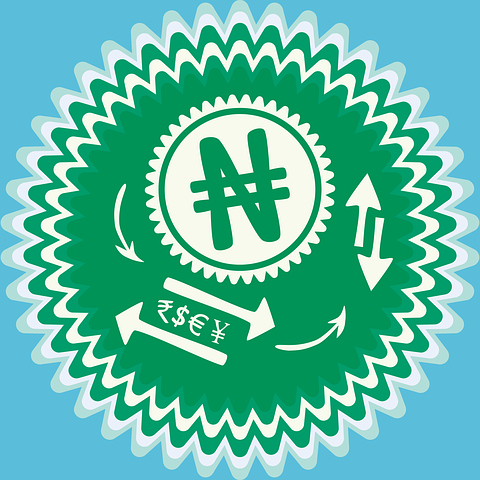 This is unduly discriminatory and unconstitutional. This is not regulation but oppression. Where is the @nassnigeria? @cenbank's action is ultra vires. This has to stop. We are not in a lawless country. Only the National Assembly can illegalize cryptocurrency.#endcbnoppression pic.twitter.com/VjxmhjR6g6

I woke up early this morning to a tweet that detailed how the central bank of Nigeria is reinforcing the crypto ban in Nigeria which they have refuted on several occasions, stating that the restrictions were set for the only financial institution. However, this letter clearly shows that individuals and businesses facilitating any crypto transaction stand the chance of getting their account(s) blocked.

What’s more troubling is the very vague yardstick used by banks in determining crypto transactions. As the tweet states, it is not only discriminatory but also unconstitutional.

I think this new development only makes a mockery of the Nigerian government and its agencies. The eNaira was launched a couple of weeks ago and many critics thought it was a step forward for the Nigerian Government, embracing digital currencies, although the CBDC received bad ratings.

This goes to show the two-faced nature of the Nigerian government when it comes to cryptocurrency. On one hand, they seem to embrace it and on the other hand, they want to ban (control) it which is their usual response to anything they cannot control.

My heart goes out to all the well-meaning Nigerians who would be caught up in the government's shenanigans. However, there is no need to cry over spilt milk. The deed has been done (a long time ago) and tough times and regulations make smarter people.

With the onset of the crypto ban in Nigeria came the increased adoption of P2P (Peer-to-Peer) transactions. In response, the central bank has been targeting personal accounts and business, unfortunately with little success, which is not enough to deter them from their futile pursuit.

The truth is the naira is fighting for its life (which in this case represents the government's economic control) and the government is willing to do just about anything to save it. Unfortunately, they are going about it the wrong way.

Banning cryptocurrency and restricting the inflow of dollars in the country will in no way engender the confidence of the Nigerian people in the naira. Nigerians dumping the naira for other currencies is a clear message to the government.

The people are simply telling the government that they cannot control their finances irrespective of the moves they make, and this is such a huge statement. Never in our history has the people ever wielded such power and it poses a threat to the Nigerian financial system which is on the brink of collapse.

I think we are going to see this sort of move, where the people take back control across nations. The case in Nigeria is just a litmus test for other nations to learn from.

I will choose cryptocurrency over the government’s interest, (which is disguised as public interest). Crypto has afforded me a life doing the things i enjoy, creating content and solutions. The same can be said about millions of Nigerians across the nation. I am not a criminal for pursuing my creativity and freedom.

A government that cares about its people will find solutions in line with the current reality of the people. No one can fight technology. It is a fruitless endeavour, so if the government is serious about making any process or even benefiting from the crypto boom, they should meet with stakeholders in the cryptocurrency and map out a solution that is beneficial to all concerning parties.

Crypto is here to stay.