HBD is one of the two tokens that are supported by the Hive blockchain. The original intention behind HBD is to provide stability by being pegged to $1USD worth of Hive. Stability is an important feature for every business, as it's supposed to give us security in times of uncertainty.

To achieve that, certain mechanisms were implemented in the system.

One such mechanism is called a conversion. It's an inbuilt protocol that allows anyone to convert 1HBD into approximately $1USD worth of Hive. 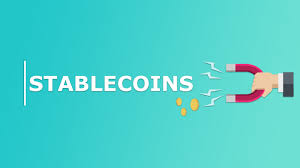 Given that HBD can be traded elsewhere, on the open market (Upbit for instance), if the price falls below 1USD, traders would be incentivized to buy it and swap for $1USD worth of Hive. In order to understand, I'm only referring to the internal market, because we can't influence external ones. Meaning that if you sell HBD on Upbit for $10USD and the price of Hive is for instance $1USD you will benefit more by going on the external exchanges and selling it rather than doing a conversion.

It's important to understand that the amount of Hive you get from 1HBD fluctuates and depends on Hive price.

The problem is that HBD and conversion are legit mechanisms during the bull market - because you get fewer Hive tokens for the same amount of HBD.

Let's imagine Hive is being traded around $1usd, and 100 000 HBD tokens are being printed daily to reward authors for their contribution. That would mean that (if all converted) the number of Hive tokens created would be equal to the amount of HBD converted.

There's a trick though, it can actually go against us.

It's worth noting that Hive price impacts our daily rewards. The higher the price the more HBD is being printed.

In my opinion, HBD should be created by proving collateral in Hive or Hive Power - I know, Hiveloans will help us with that, however, the core architecture remains the same.

How to fix it?

This is a big concern and it demands a lot of effort to create a system that will be more resilient with better tokenomics. My stance is that the community leaders, devs, and stakeholders should initiate some kind of gathering in which we can brainstorm around game theory and make Hive great again.

It's a highly complex topic as it depends on various external and internal factors that have to be taken into the equation and solved patiently.