Hive Eating Its Way Up to $1USD - Here's Why

Ok ok, I understand, the whole market is going crazy and it obviously influenced Hive to move forwards. However, the moment when I saw Koreans entering the market, pumping the trading volume up to $50Mill I knew something's happening.

Someone with deep pockets was either trying to break the resistance levels around $0.15 or more likely accumulated while it was cheap. There is no other explanation - correct me if I'm wrong.

So, as can be seen, the trading volume increased, stayed cool for a week, and is slowly coming back. The part I find specifically interesting is that Binance has the biggest trading volume - I'm used to seeing Bithumb or Upbit.

Why is that interesting?

Well, Koreans can be found responsible for the steem pump back in 2017 and are, for some reason, prone on pumping STEEM/Hive price. 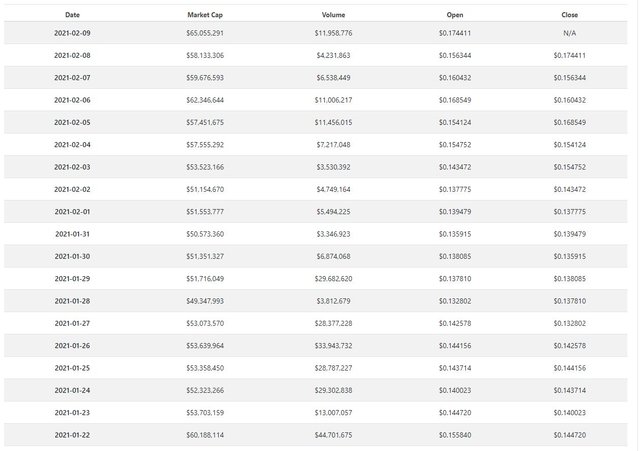 It was crucial to break $0.15 resistance levels as it allows the price to move faster and more aggressively. I already spoke about it a few days earlier, and the price increased by 30%.

Here's how it looks now.

Sell-walls are starting to shrink.

The thing is that Hive can easily outperform everyone in a matter of weeks. We have been left behind for so long,