El Salvador Workers Can Now Get Paid in Bitcoin Through Strike, Even as They Protest Against It

Despite the fact that not all El Salvadorans have fully welcomed the president and government idea of adopting Bitcoin as legal tender, alongside the fiat currency USD, they have even shown have much they disagree with the Bitcoin adoption by protesting.

Now the government just announced a partnership with Strike, which has lunched a new feature "Pay Me in Bitcoin". Which allows users to be paid in Bitcoin, no matter the employer, they can convert or transfer part of their salaries or all of it into Bitcoin at no extra cost or transfer fee. And the Sweet part of this payment feature ("Pay Me in Bitcoin"), is that it has No Limit on how much you can covert to Bitcoin. 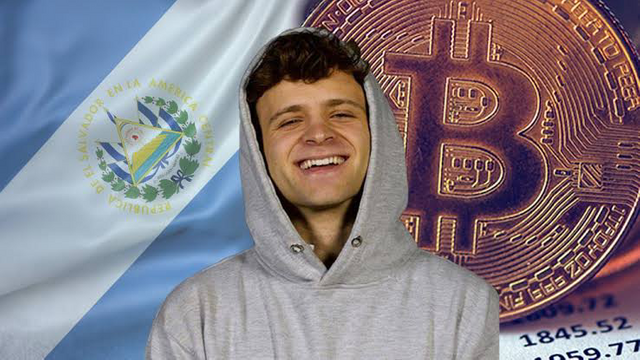 I don't know how much El Salvadorans would welcome or aspect this idea at all, of being paid in Bitcoin, since they haven't even
fully agreed to pay for goods and services in Bitcoin, some claim that they don't understand the Bitcoin technology, but instead of them fight it, I think they should take out time and learn about crypto or government organization sensitization programs on Bitcoin. Because whether they like it or not, they're still going to get the payment option anyway.

I for one, I would not mind to be paid my salary in Bitcoin though, that aside, here is the tweet made by the CEO of Strike Jack Mallers: 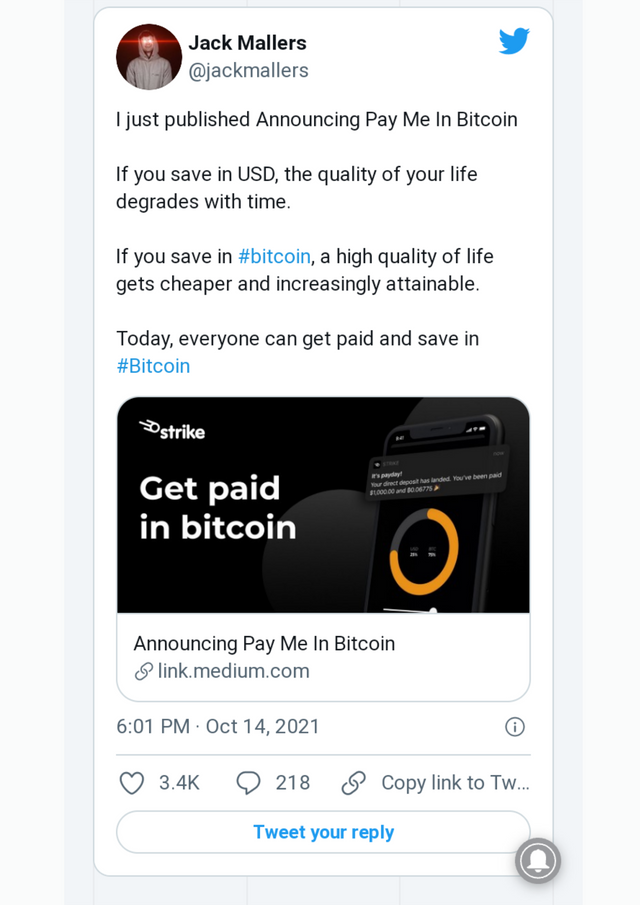 According to a report, Strike attempts to make some of the growing pains manageable. It's a custodial wallet, so users new to the concept of private keys are at less risk of being locked out of their funds due to the most human of errors: forgetting their password.

Mallers writes that the feature is necessary as a means of savings. Mallers implies that accumulating Bitcoin, which has quadrupled in value in the last year, is a better approach than putting funds into a savings account that can't keep pace with inflation.