This is an excerpt from the Press Release at CoinTelegraph. Here is the original link: https://cointelegraph.com/press-releases/bsov-token-works-to-change-government-policies-to-favor-cryptocurrency 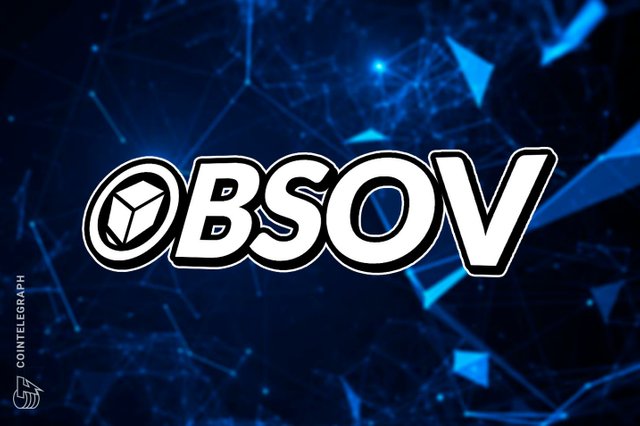 The community behind the deflationary BSOV Token is taking a stance against centrally controlled inflationary currencies, like the United States dollar, euro and other fiat currencies that are controlled by governments. The community members behind BSOV Token voluntarily participate in owning a commodity that is more resistant against the rising inflation of the CCICs, and even Bitcoin (BTC).

The BSOV movement is urging governments around the world to embrace the economy of decentralized cryptocurrencies and to stop inhibiting cryptocurrency enthusiasts from participating in the new decentralized economy that has emerged since Satoshi Nakamoto created Bitcoin. 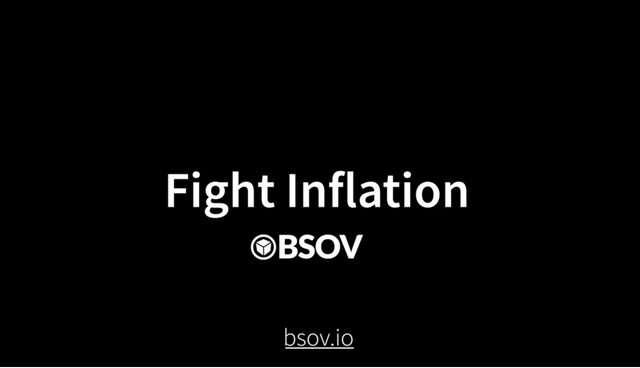 Both crypto and fiat currencies are subject to inflation, however, the inflation rates are all different. Because fiat currencies are centrally controlled, they impose a bigger risk of supply manipulation by the persons and groups who are in control. The worst scenarios we have seen are, for example, the hyperinflation that happened in Venezuela (2018) and Zimbabwe (2008), where the yearly inflation rate exceeded millions of percentage points. The effects were devastating and resulted in money that was worth less than the paper it was printed on.

When new investors buy Bitcoin or buy cryptocurrency, such as Dogecoin (DOGE), they often look at recent price movements and popularity among famous entities like Tesla CEO Elon Musk. They do not necessarily investigate the tokenomics and inflation rate of said coins. Dogecoin, in particular, does not halve the rate of inflation like Bitcoin does approximately every four years. Dogecoin has a fixed amount of 10,000 DOGE that is produced after each block, which occurs every single minute.

The last Bitcoin halving happened in May 2020, when the BTC block reward produced every 10 minutes was halved from 12.5 to 6.25, resulting in a supply shock. This sudden reduction of new coin flow into the market incentivized new investors and miners to participate in an increasingly more scarce and deflationary asset. This deflationary mechanism of Bitcoin is one of the most fundamental properties that makes it suitable as a long-term store of value. Bitcoin is scarce and will continue to become so.

“BSOV Token takes the deflationary aspect further than Bitcoin by following approximately the same halving schedule as Bitcoin and adding a deflationary burning mechanism for every on-chain transaction that is made. 1% of every BSOV transaction is burned and destroyed, never to come into circulation again.”

What is the BSOV Token?

BSOV is short for BitcoinSoV, or “Bitcoin Store-of-Value,” which is the first PoW-mineable and deflationary-by-design cryptocurrency that is legally classified as a crypto commodity.

As the name implies, BitcoinSoV is very similar to the original Bitcoin, but BSOV is built as a smart contract on the Ethereum blockchain and has a 1% transaction burn rate that makes it deflationary when moved. Over time, BSOV’s supply will diminish and is projected to become more scarce than Bitcoin itself. BSOV was founded in June 2019 by an anonymous creator called “Mundo,” who, just like Satoshi Nakamoto, has let the community decide how to lead the cryptocurrency toward adoption.

Sign the petition to end the government’s monopoly of currencies

“Make your Mark on US Dollars & Fight inflation!” 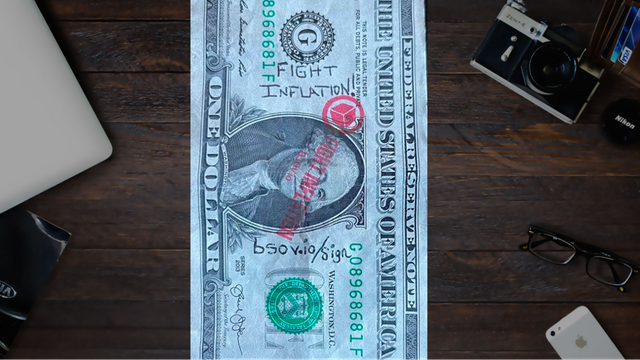 The community has just announced the contest on Twitter. The contest involves writing a little political message on a U.S. dollar bill and posting it on Twitter. Is that legal? Yes. Read more here: https://bsov.io/markdollars. The winners will be selected on April 12, 2021.

Trade BSOV on Uniswap (For Uniswap: Remember to set Slippage Tolerance to a minimum of 1.00%, 1.25% or 1.50% due to the 1% on-chain transaction burn of BSOV.)
Trade BSOV on Resfinex.
BSOV price history on Coingecko.
Join the BSOV movement and community
Telegram: Https://t.me/BitcoinSoVCommunity