Is Crypto Trading a Game to You, or Something a bit more Serious?!?

I had this thought thanks to a little discussion with @khazrakh about the difference in trading when you've already 'taken out' what you need and you're just playing with the excess, or trading with targets in mind, be that individual targets or managing an investment fund.

The former type of trading is going to be a bit more relaxed - you can take extreme risks with no worries and you can also leave your funds in bad-trades for longer, or just write off a portion of your losses with no worry, only the kind of irritation that someone losing a game would suffer.

It's a very different situation if you haven't already made it and you're trying to 'trade up' with a target in mind, then an unexpected dip is a dashed aspiration, a frustrating experience, a timetable put back, or worse a FOMO induced loss-sell inducer as you try to jump on the next profit making opportunity to make up your previous loss.

I remember when I was a teenager, I got myself an MZ motorcycle and all the gear, passed my CBT and then thing promptly broke down. 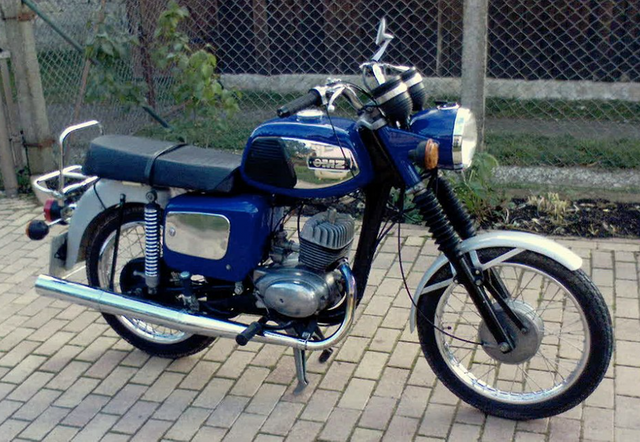 This resulted in having to do some amateur diagnosis, which involved taking the entire engine apart - the mechanics are pretty basic on an MZ - but even so, this still resulted in a lot of grease and the living room being littered with engine parts for the best part of a week while me and a mate of mine tried to figure out how to put the damn thing back together.

During this time we visited an older friend of ours whose living room was similarly chaotic with a stripped engine - but this was his 'project trike' - he had is main bike up and running.

The DIFFERENCE between these two living rooms was minimal, but our state of minds were in totally different places - I was frustrated and just wanting to get my one bike up and running, relying on other people to drive me around, while here's my friend, mobile, and just having an enjoyable tinker building up his project bike, not a care in the world.

Same process, same environment, one person having a shit time, the other loving it!

That my friends is the same as the difference between trading if your poor and trying 'make' it' compared to trading if you're already rich enough and just tinkering, trying to make a bit more!

Well, unless your a poor trader with a very Zen attitude.

How many of us are just playing a game?

There are both kinds of people in the leo space and crypto space more generally, trading at different levels - it all depends what you're version of 'made it' is.

And for those of us that aren't there yet, I'm sure we'd all like to be in a place where we've cashed out what we need and we're just playing with the winnings.

(By cashing out I don't necessarily mean cashing out to FIAT, I'm more coming around to the way of thinking that this means stable coins yield farming, which, slight security risk aside (and something I need to research more) is as good as cashing our yer crypto and taking profits.)

If you do have the will power to cash out when you've made your target, which is easier said than done, I KNOW, then you can just start trading again but with smaller amounts - with $10K actively trading rather than, say $200K.

Then trading is more like a game, it's a whole load more fund and lot less stressful, and who knows, that lack of stress might just mean you make better trading decisions.

If you've got a significant chunk of your wealth tied up in trading back and forth, it's going to be a much more serious affair, a compulsion to monitor everything that's going on, fear of losing for real, which is precisely what makes it unplayful - when the stakes are real and there is the potential for genuine loss.

Here's hoping that many of you make your targets so trading can become a real game in the future!

P.S. I never did get that bike working, maybe that's a reminder to take SOME profit on the way up, just in case it all goes pear shaped, HARD!