What Splinterlands cards should you invest in if you want to win battles?

If you're on a limited budget but want to win as many battles as possible, you ideally want to focus on investing in the best value cards with the most 'useability' and the highest win rates. 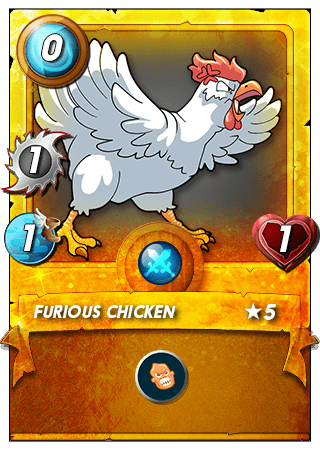 What I mean by 'useability' is how many rule sets the cards are useful for - Lord A, for example, is a very useable card because very few rule sets (if any) expose his weakness, whereas The Sleeping Giant is very useful for the 'lose all abilities' rule, but that's about it, so thus less playable. I don't even have a Giant, and I don't feel like I'm missing out too much. My Level 3 Lord A on the other hand, I need him, but he's far from the best 'value' card you could invest in - there are many much cheaper cards with similar useability and win-rates.

By win rates, I mean what percentage of battles a card wins.

You can find out both the use-rate and the win-rate of cards by using @darthgexe's most excellent tool here - and you can sort by splinter, league level and rule set!

I decided to use this tool to figure out what cards I should level up. Given that I don't know what rule sets I'm going to face, I didn't filter by rule set, so I've used the results for all rule sets, but I did filter for Champions League, as I'm in champions 3 ATM.

I sorted by win-rate and then selected out all the cards with a 'use-rate' <2%, figuring these are so niche I'm hardly going to use them.

I also sorted by use-rate and then selected out everything with <50% win, don't want those! 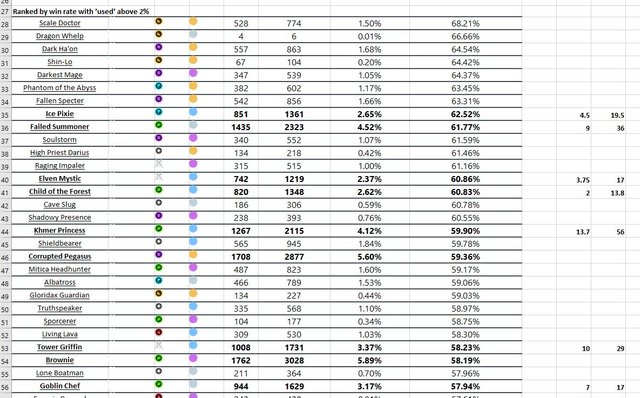 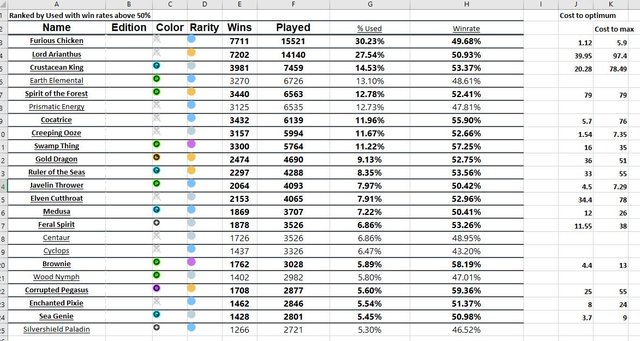 I then looked up the current ask rate for all of these selected cards - both at 'price optimum level' and at max level (or did a rough multiplication plus a bit more calculation on the basis of a single card if needed) to see how the prices compared.

By 'optimum price level' - I mean the level at which a card isn't really worth levelling up further - Lord A gets all his buffs at L3, I'm not going to buy another six cards just to give him the single extra health point he gets at L4! So Lord A's price optimum level is the amount of cards it takes to get him to L3.

NB this is a bit subjective on my part!

The results below rank by cost to level to 'optimum'.

And I did a spread sheet in case the pictures aren't that legible. 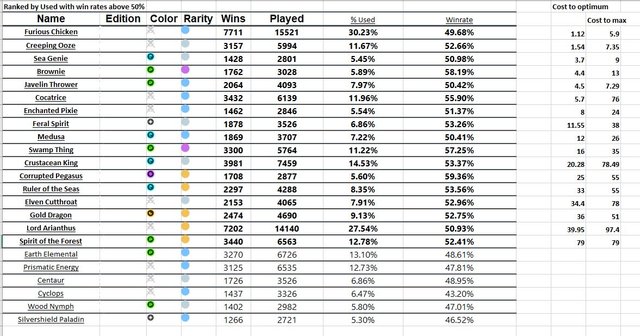 Some surprises and changes since the last time I did this

Oh yes, sorry, I did a similar analysis a couple of months ago and have been piling in my Steem PDs to the cards which top both of these lists! Now I've got them all maxed plus plenty of spares I'm happy enough to share!

Initially I didn't expect the Tower Griffin to feature, that and the Child of the Forest (I guess it's snipe and high damage for the mana) both went under my radar, as did the Goblin Chef. And the Bard!

No real surprises in the high win rate section, although I was surprised to see the Pegasus so far up.

I'd be interested in knowing if anyone else distinguishes between win and use rates? I'm now wondering whether it's useful, maybe we should all just be piling in on the cards with the highest win rates at first rather than what everyone is using?

I'm aware there are limitations to this analysis - the stats I've taken don't factor in the levels of the cards being played, but overall I still think this gives me a decent idea!

Another slight limitation is that the value of the cards vary - maybe unsurprisingly many of the cards at the top of these lists have gone up considerably in value recently - I maxed my Khmer Princess out when she was selling for $0.20, now she's going for nearly $0.50. NB she is one of my fave cards - that double heal is awesome for 2 mana.

I definitely have had more success since stacking my selections with the cards at the top of both of these lists, especially the higher win-rate list!

Oh, I also bought about 100 Armourers on the basis of this analysis, and a gold one for good measure - a good value card with a high win rate, nice! I've no intention of levelling mine up beyond level 6, I'm just thinking it's an easy vest, everyone needs an armourer or 100!

If I didn't already feel over-invested in Splinterlands I'd pile in on a few more Gold cards, but I'm happy enough having a deck valued at almost $3K, that's a crazy amount of money in digital cards already as far as I'm concerned! 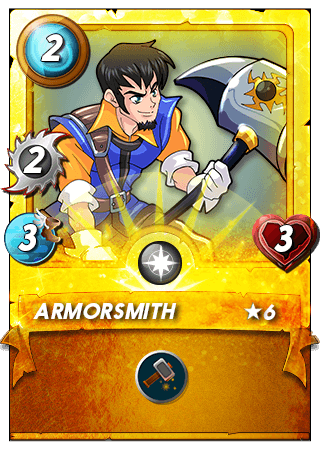