When should we take profits? With the crazy crypto drop we just saw a week ago it has more and more people thinking "Should I take profit" "When should I take profit" "How much profit is enough". Of course, I am also one of the people thinking this, as I am hodler and trader. I never got rekt too bad on this dump as I put most of mine back into a stable coin cause I kind of felt a correction coming. But I also don't think anyone saw this big of one coming quite yet.

When this happened, I was sure to pull my liquid out of the couple of stable pools I was in and buy up some of these cheap coins. I almost felt like a kid in a candy store, Thinking of all the cheap coins I could buy up and be sure to 2x most of them in a week. This so far has not been the case,

I have sold ZERO of the coins I bought to make a 100% profit on.

During this dump, I was hanging to in the @canna-curate discord as I normally do during the day and @greenhouseradio or frank was talking about kucoin bot.

kucoin being they are a no KYC exchange is a great exchange by the way.

Prior to him talking about it I honestly never checked it out but I was interested at this point as he said you can use others' settings to almost have sure wins.

Almost is the key to that as you can still lose like all trading.

When it came time to set up the bot I will maybe leave that for a future post and make a kucoin guide. But for now, this post is about taking profit and when is the right time. When I set up the couple bots I was doing "OK". 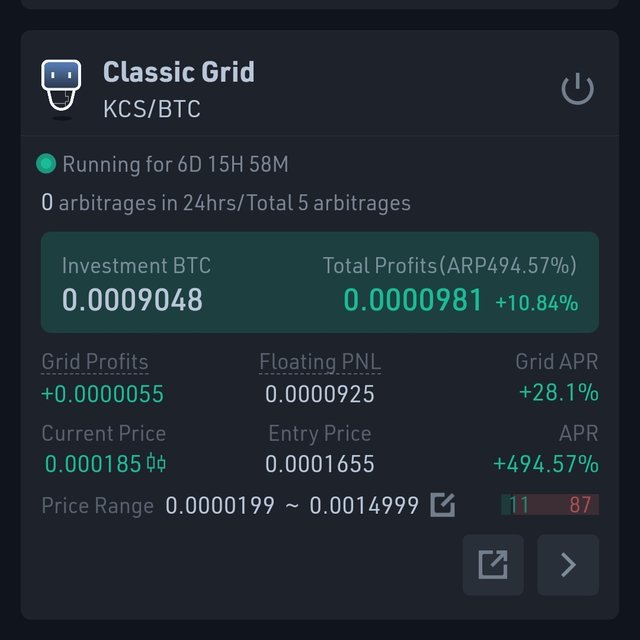 The first bot was a Kucoin/BTC bot, this one was up one day and I had profit in the 30% range but I thought "it can go higher and double" well I was wrong so far. The second bot was a matic/BTC bot and I thought I had bought very low I can for sure make some easy on this. Well over the next 4 days it dumped and dumped hard being it was down -40% at one point. I told myself I am going to make it back or bust. 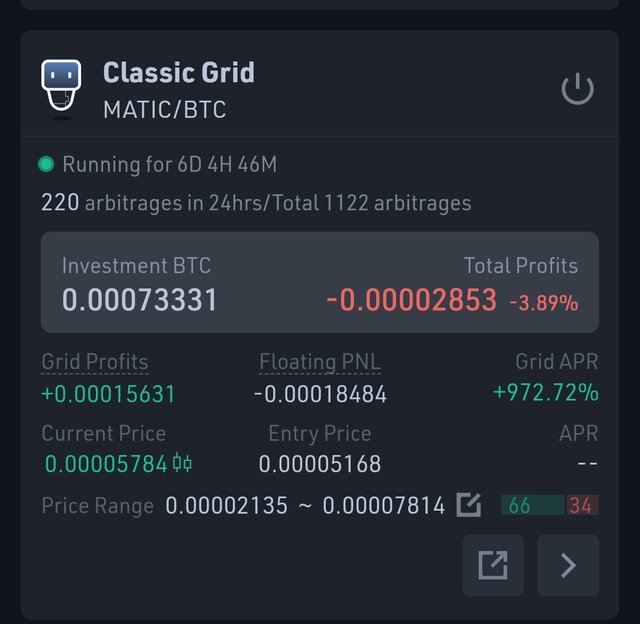 As seen here I am almost back in profit, This profit is due to trading not so much the price I originally bought at. 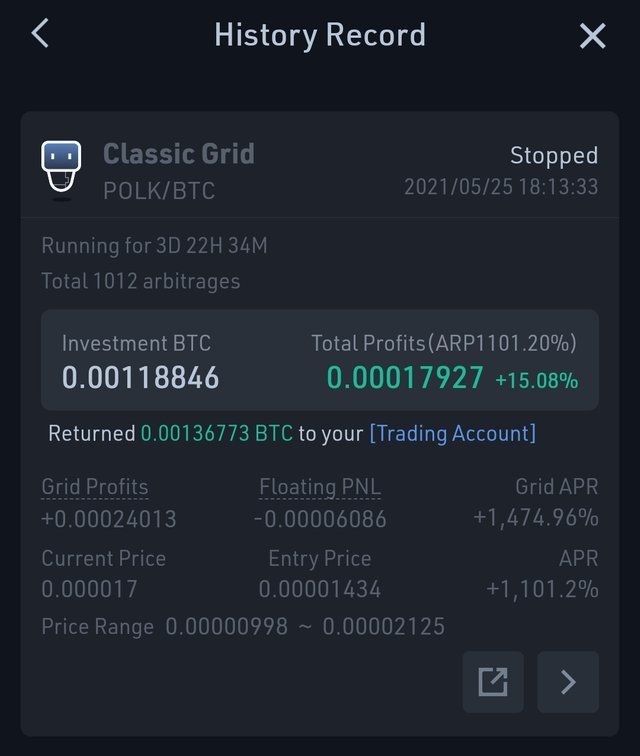 The third bot I want to talk about is the polk/btc one I set up. This is the next bot that I thought was going to be another matic/btc and I was going to be waiting days to profit or break even. But I was wrong this jumped up and at one point hit +22% and I thought man I can make more but a couple lose and by the time I closed the trading bot I took a 15.6% profit.

This profit I did not think was a bad one making 15.6% over 4 days is near impossible to find many other places. But could I have made more? Should I have waited it out to try and 2x my trades as I did buying the dip? or is small profit over a smaller amount of days better? 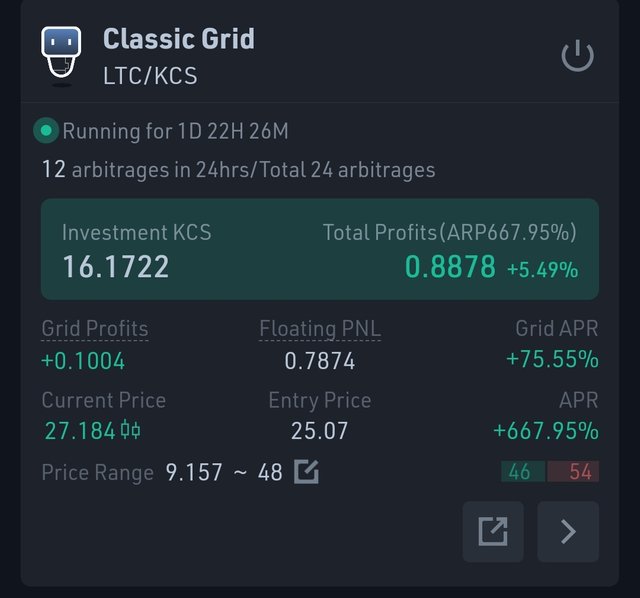 You can look at the LTC/Kucoin bot I got and is 5.4% over 2 days worth closing the bot for? I am still so unsure when to close bots but I think I will aim to hit that 15% or higher mark before I do.

Do you run the kucoin bot? if so what is your strategy!! 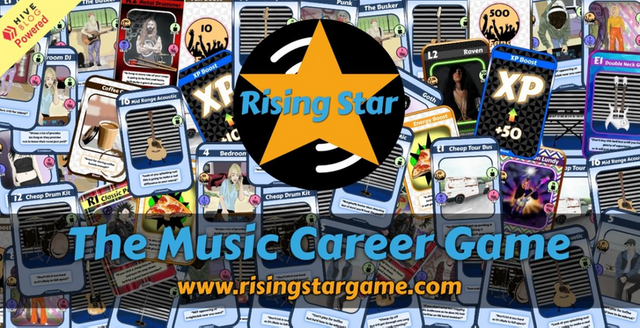 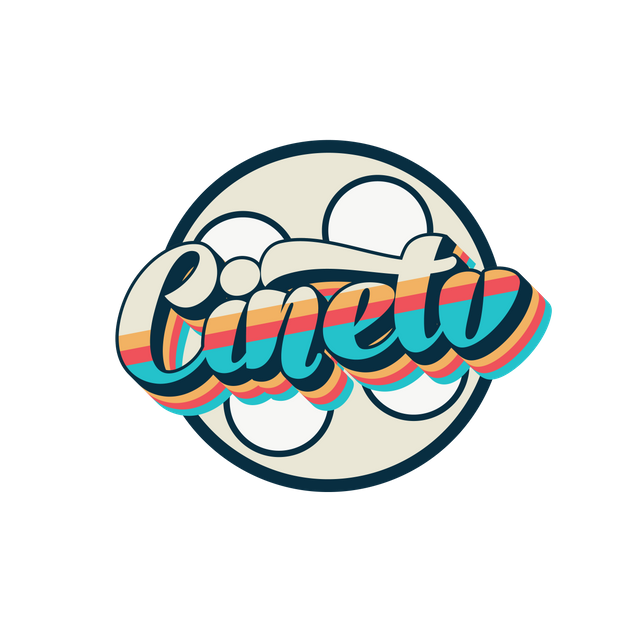 I take profits as often as I can. 2017 was a hard lesson for a lot of us and I never want to be in that situation again. Stable coins are nice for corrections and you can make quite a bit flipping.

Yeah eh, I am thinking that's the best way around this. Take small trades and put profit in a stable coin and earn in liquid pools till the next correction.

Congratulations @skylinebuds! You have completed the following achievement on the Hive blockchain and have been rewarded with new badge(s) :

I am really glad that I haven't messed around with the whole trading thing yet. I think I can handle only one big thing each year and I already tapped DeFi, so I am probably spent for the rest of 2021! :) Good luck with your stuff and hopefully things turn around and you can see that 100% gain.

🤣🤣, I have traded off and on for a while but lost before.

This seems to be a way to not deal with all the manual labor of keeping track of trades.

I am actually more scared of Defi than trading, Defi is like a HYIPs. Also I am at huge losses with defi tokens 🤣

Haha, I totally understand where you are coming from...

Wow man, I didn't know about this at all. This is automoney! Do you need technical knowledge to run a bot?

Make a tutorial or something if you can.

I am gonna write one up today, And no this takes zero knowledge besides using an exchange.

Awesome. Thanks a lot. 🙏

Sounds like an interesting experience. Are you using an actual bot you made or something readily available?

It is a bot from kucoin, just made a post about it. But you use the kucoin app

I guess you did well.