Yesterday, I was touring a friend around the Hive ecosystem, the conversation of "influencers" came up, as on Hive, this takes on a different meaning, because of stake. On the mainstream social platforms, while other factors like "celebrity" comes into play, influence is pretty much driven by the amount of followers a person has, but the influence that person actually has over their followers, might not be very high at all. 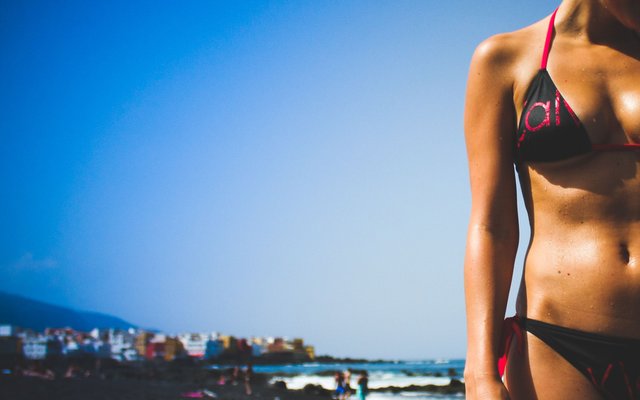 For example, KimK has 250M+ followers, but how much sway does she have over them and who are they? How many people are positively affected because Kim is in their feeds? Don't get me wrong, she has made a lot of money for herself and for a few other people, but her "influence" is all about being able to sell some product to some percentage of her follower list, or affect sales of magazines, or get a pair of glasses to trend. It is all about clicks and advertisement.

But, is that really all that is important to become an influencer?

Definitely not. As my friend noted on my Hive account, I only have about 7000 followers - which is very few on pretty much any of the large social platforms. But, there is a notable difference, isn't there? Who are my followers, what do they do, what value do they add? There is no cost to follow someone on any of the platforms, but that means that followers are cheap, and people even buy follower lists to make it appear like they are influential. But what kinds of followers can be bought? I will give you a hint - they aren't high quality ones.

When this was first brought up, this splintered off into conversation about my own influence on my friend. I have been talking to them about this stuff for almost three years, two years ago they started buying BTC at 7Kish and today, are in a far better financial position for it. This is influence, isn't it?

It is not that I actually directed them to purchase, but over time as I put examples and potentials out there, their thinking about the economy, the world and crypto changed enough that they started to move in as an adopter. I suspect that since I do the same on Hive, there are quite a few people who have been influenced over time to do similar and as such, are in a better position for it. And, because I have being doing this for a while and interacting where I can, my follower list is small, but relatively dense with staked users from all different backgrounds and perspectives.

This seems like a small thing perhaps, but it is a monumental change in the future of social media and the internet in general, because what is going to happen is that influence is going to be determined by stake. It might not be like Hive stake, it might be experience stake, but it will be user-driven influence - not click-driven.

None of Kim's followers benefit from her massive follower list, none of them benefit from having a community around her, because there isn't a community of followers, they are all individuals. All of the value derived from that mass of people is from targeting them at a granular level to maximize add revenue and product sales - the people themselves don't matter at all. The users (the used) don't care about any of this though, because they do not benefit from Kim or Instagram getting wealthier, and I would posit, that they do not benefit from any of it, at least from an opportunity cost perspective of other things they could be following with their attention.

But, the future of social influence is going to be granulated through the filter of users and whether they have trust in what is being said. If no one "in the field" listens to you, you are not influential in that field. The reason that Kim can be considered an influencer with that group of followers, is that none of them have to listen to her or care about what she has to say, other than the social drama side of it. There is no real-world skin in the game in following her and no one is actually going to change their behavior in any way because of the content that she delivers. As an influencer with such a big following - all she is able to do is sell shit she is paid to sell. She has one of the largest followings in the world, a platform to hundreds of millions of people and - that is the best she can do with it. Why? Because people who are influential don't care what she has to say, because none of what she says is important to them.

But, in the Hive ecosystem, there is a different approach to what influence means and how it organizes and creates influencers. It is far from perfect, but it is far better, as people tend to be influenced by what is familiar and repetitive. Through stake, it is possible to create Hive influencers by rewarding them for their activity and what they deliver. While one or two posts with reward will go largely unnoticed, consistently rewarded authors will attract attention and that attention, is going to come from a range of people, including other staked users.

There is a web of trust, and although it isn't hardcoded into the blockchain, socially, people tend to trust some users and when those they trust show their support for certain accounts consistently, they will be far more open to having a look and likely to follow too. This means that even with a small follower list, that list can be very influential because of who they are, not because of their number.

The mainstream social medias treat all of their users as numbers, not humans. Every single account has an avatar built around them with all the data the company can gather to refine it and, that is leveraged to target and sell for profit. None of that happens on Hive, clicks don't matter in the same way they do on the other platforms, because the value of Hive isn't advertisement generated, it is user generated. This is a fundamental change in the way the internet has been operating for the last two decades or so. The "free internet" doesn't exist, but the advertising subsidized internet does.

And before I cut this off, I would like to point out that unlike how many believe, Hive doesn't have to "beat Facebook" to be valuable, at least from the sense of user numbers. The reason is that their model is almost wholly supported by advertising revenue, which means to them, numbers are all that matters. Hive can hold a nice little niche in comparison, and be highly valuable to the community that use it, because of who we are, not how many of us there are.

Think about it for a moment. Every user on Hive is into crypto, many hold several tokens, some have a fair amount of wealth, a few have a lot of wealth and a tiny amount have very high levels of wealth. However, as the crypto industry keeps growing, the relative wealth of the community will grow in relation to other similar groups, for example, the followers on Instagram and, in a far higher concentration of value. And, users on Hive are looking to add value to the ecosystem because they are owners on Hive too, and are invested and interested in improving their own position also.

To visualize this, it is like evaluating the average wealth between a movie theater audience, and that of an auction at Sotherby's. The movie they are watching might gross 2 billion dollars world-wide on 15 dollar tickets, but the people at the auction are willing to pay 10 million for a piece of art that does nothing, but sit on their wall as a talking point - and as an investment.

Which group would you want in your follower list?

And this isn't about their wealth, it is about how they became wealthy, the skills they have, the companies they run, the networks they have built, the value they have generated. They have influence and, when they support something, that thing gains influence too. They are the people who invested to have the movie produced.

Hive is changing the way the world evaluates social connection and is bringing it more in line with what we would want to have, as it is us supporting us. On Hive, we can be the change we want to see, by supporting those who are doing the things of which we want to see more. The model is going to have some teething issues as people start to understand it, but in time, the way Hive functions is going to be replicated across the internet and through businesses everywhere, in some form at least.

Yet, it is going to change the world.