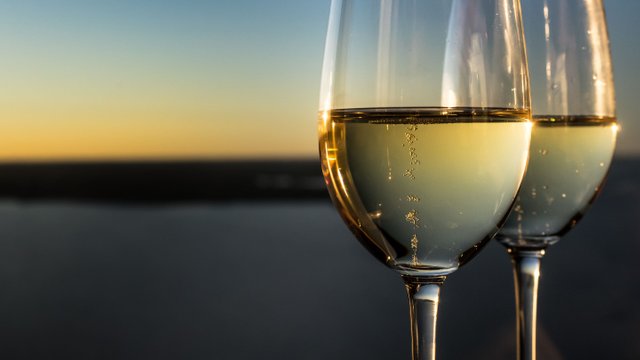 Everyone loves getting something for nothing and airdrops definitely fit the bill, but I am pretty sure that the XEM airdrop of XYM has to take the cake as the best ever, if my Bittrex holding value is anything to go by.

I am going to hodl, because it can only go up from here!

Of course, this is just a technical glitch and will be corrected before the market is opened and I get to sell and become one of the richest people in the country. It is a shame, as my sense of entitlement as a 0.1 percenter was already getting comfortable in my newly purchased personality.

I don't even know what I would do with 150M dollars - sure, I could do anything I want, but with that kind of money, I am not sure I would even know where to start.

Today a friend and I were talking about new cars, as a coupe colleagues have recently bought theirs. I am not in the market and have no "car fever" but he has been thinking about it for a while, even though he barely drives. However, what I was saying is that for me, I don't want a new car unless it is going to bring me some kind of value that my own car doesn't have ad since I don't care much for cars anyway, the value has to be more than the feeling of driving a new car. this means that it has to change my experience in some other way.

In regards to a car for me, that would be to go full-electric, as firstly, it changes the way I drive as well as forces me to think about other things, like the way I use electricity. This will likely influence other aspects of my life, like what kind of solar I add onto the roof when we eventually have to have it redone.

But there is more to it than that, as there is a very long way to go in the evolution of EVs themselves when it comes to battery tech and other aspects that make them more practical and sustainable. A normal combustion engine will always be just that, a battery can be changed in the future, as can the electricity production source that charges it.

Demand is needed before there is enough mass for a lot of innovators to come into an industry, but it is a catch-22 situation, as without innovation, demand stays low. A lot of people wait until there is a "working version" that suits their needs, but the time it takes to get there depends on people buying into less than ideal version. And because it is less than ideal, those who buy are often ridiculed for their decision to support such an inferior product or concept.

Since he is "in" too, I likened this to the adoption of crypto, where in the early days Bitcoin had no usage at all and even now, it is still getting heavily criticized for not solving the problems it set out to solve - as if a decade or so is enough time to build a global economy from scratch. Electric vehicles haven't fixed air pollution yet, but one thing is for sure, driving combustion engines around like we do at an increasing rate as we are, isn't going to help matters either.

The thing is that it is silly to think that people are magically going to change their habits even if harmful to themselves or the environment (which is effectively harmful to themselves and all of us anyway), so alternative solutions need to be found. However, for those solutions to be adopted, they have to become practical and easy enough that the barriers of usage are low enough that the average "bad habit" person is going to willingly get involved. For something like electric cars, the range and charging times and of course the price, has to come down. But price comes down at scale and the range and charging times, as well as the improvement to the production of electricity are technical issues.

For crypto, there are many of the same issues involved, where practicality is hampered by a lack of innovation and energy spent, but in order to get the right people involved to work on solving these issues, there has to be incentive to do so. It is only now that we are starting to see the bigger players some into the crypto scene and once they do, it will attract more demand. People know that the ridiculously priced NFTs are nonsense, people know Elon Musk is pumping Doge for the giggles, but the attention it brings puts demand on the industry and that is attractive for all kinds of developers to get involved.

Because crypto and blockchain tech is able to be integrated in as part of or in supportive of an economy, it means that all kinds of businesses are able to benefit in some way from using it - if there is enough demand. Again, catch-22 comes into play here, but as more businesses add usecase and start generate economic value on the blockchains, the more who will come in to compete for attention and that means innovation of the industry. Because of the wide range of applicability to businesses of various kinds in some way (especially for supply chain management and value transfer), as well as the ability for all kinds of games and social interactions where trillions of dollars are transacted across yearly, there is not only a lot to compete for, but a lot of areas where business can compete.

lot of this will be a replacement of processes that already exist, in the same way that an EV replaces a combustion car, but in the process of building the replacement, more development in alternate areas happens too, like solar panel and energy storage. When it comes to crypto, a lot of people are looking at the "currency" aspect of it and saying it doesn't work because each isn't widely accepted, without looking at other aspects like DeFi, that is a highly innovative economic vehicle and the atomic swaps mean that it doesn't matter if one token isn't accepted, it is easy and cheap to switch to another.

Not only that, payment cards like my Wirex that can hold a range of tokens and at the point of sale (POS) will choose which to use on-the-fly, it doesn't matter if the shop it is used in takes crypto at all, as it is converted into local currency. If that local currency happens to be another crypto, no harm, no foul there either.

Bitcoin doesn't have to become a global currency, because crypto is already becoming that as a whole, where value can be generated or created through a whole range of ways, such as blogging or gaming and through various gateways of interoperability across chains, that value can e transferred, quickly, cheaply, safely and with precision, and never get stopped at a border.

Just like EVs, there is a long way to go in the development, but similarly also, that development is taking place and interestingly, feeding off each other. Just think, that while people are complaining about how much energy Bitcoin consumes to mine, over 40% of it is coming from renewable sources and the mining of it is funding continued development by putting demand on finding cheaper energy sources to lower bitcoin "production" costs. All of those factories around the world, are no where near as green and at some point, they will be leveraging the learning from blockchain economies to improve their own businesses in many ways too.

Crypto is a growing economy and as demand increases, so too does the incentive to innovate and compete and as that happens, there is more reason for more businesses to take part, increasing the overall economic mass held and being generated on blockchains, being transferred across blockchains and ultimately tracked by blockchains. This will mean that not only will innovation ramp up in speed and breadth, public understanding will increase and more demand will be put on applying the capabilities to other industries where people would benefit from a little more accountability and transparency - like banking and government.

At some point, all of what we are talking about today will be antiquated and superseded by systems, tech and usecase variety that makes our imaginations look feeble. People will be interacting seamlessly with blockchains, earning crypto in whatever form it then takes, living their lives in a way that when they look back they will ask - "why did it take us so long to change our ways?"

If I really did have 156 million dollars, I don't know what I would buy with it, but I do know which way I am looking. Nothing is for free, there is always something that comes before.