Over the last years, I pretty much generally have some HIVE on exchanges ready to trade, because I know that at pretty much any point, a drive can arrive and I will want to take advantage. The problem is, the vast majority of time it just sits there as I am never really ready to sell the amount of HIVE I have there, and only play with a fraction of it. It is definitely not the best trading strategy. 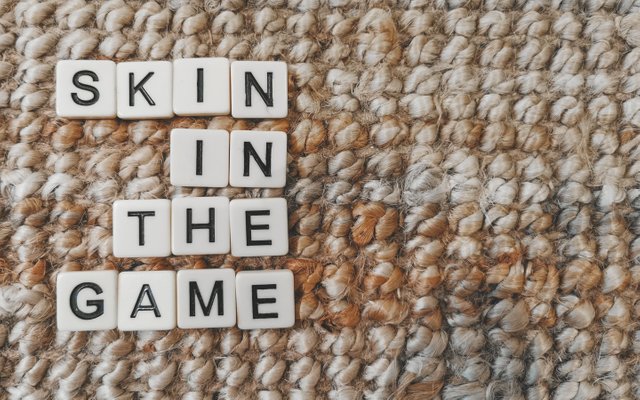 I constantly think about whether I should just power it up or not and often end up powering it up, commonly followed by a spike in value on the exchanges that I can no longer take advantage of. However, it is not like I don't have any skin in the HIVE game on platform either, as I have close to 260,000 HIVE sitting in my account, with some of it delegated out to curation initiatives and charities, but most of it held in my control.

I like having control over my stake and being able to choose what it goes to rewarding and while I earn on this too, it is pretty incredible to me to consider how much others have earned from my stake over the years also. There is no way I would ever be able to do anywhere close to that amount if I were to use my IRL incomes only and as a result, I wouldn't likely be as willing to either.

The benefit of "fake internet money" that I am disconnected from is, I don't have the same sense of gain and loss from it emotionally, even if I understand it intellectually. This works out well for others, as it means I can live in digital abundance, even though my analogue life can be crushed by constant scarcity. If I didn't feel this and lived with a digital scarcity mindset also, perhaps I would maximize myself only, as many other have perhaps done over the years - extracting all they can, giving as little back as they can, especially if it is going to cost them the growth of their own stack.

I think that approach would take a lot of the enjoyment out of the experience though, as rather than being a game, it would become a job - and a job where I am alone, without colleagues, without a community, without friends. The only reason to interact with anyone is if they are able to add directly to wealth, and that doesn't sound like a fun life to me.

We spend a lot of time thinking about the value of this and that from a numerical perspective, but we also have to think about the value of our experience and how our own behavior impacts on our outcomes. Some people act as maximizers and complain about not being supported, many act like assholes and complain when people react. As the saying goes, you reap what you sow and while this doesn't factor in all of the random and chance in life, conclusions can be drawn from some actions.

In the real world where apparently not many people live anymore, act poorly and get treated accordingly. Call someone a name, be aggressive, treat others badly and the response may be in kind. Yet on the internet, people do these things and expect that there is no repercussions. As I have said, Freedom of Speech does not mean freedom from consequences of speech.

But, it isn't just about the more extreme cases, it is also the average behavior between. Over the years I have supported people I have stopped supporting for the most part because I no longer wanted to encourage their behavior. For some they seem to take this as a personal affront, an attack on them, as if I am not allowed to have preferences or change my mind - they do not see their part in their outcomes. Victims.

I have never been a fan of victim mentality and do not want to encourage it and this is what voting for it does. We all act on incentives and our vote can be seen as our show of support, thereby creating an incentive for continued or ramping up activity. If attention seekers get attention, they will increase their activity to get more, like mass-shooters and terrorists. If part of the attention they want is also financial attention however where they earn, that is quite easy to disincentive by those who have stake. They can attract all the attention they want, but it doesn't mean they will get paid for it. As I have also said, Freedom of speech doesn't mean earning on what one says.

On Hive, people are allowed to speak freely, not earn freely. Earning on what we say is available of course, but it in order to do so means attracting people like myself who have skin in the game, stake on the platform. This is why topics matter, approach matters, behavior matters, personality matters - because these things matter to me.

Content is not enough or rather, what most people consider content is not enough. It might get one vote, even two, but if it doesn't start delivering the kinds of ingredients that I value in my experience, it isn't going to get consistent support. I think that what most people will find on this platform is that the accounts that generally get consistent support offer more than what they post, as what they post includes themselves, their support, their personality, their perspective. They consistently deliver a cluster of things that people value.

When we talk about Skin in the Game we will often see it from the financial perspective, yet there is far more to it than that, as it includes everything we put into building our experience, and therefore how we affect other people's experiences also. While most people just want to be able to earn on posting whatever interests them, because there is a staked audience from where those earnings come from, what interests the audience needs to be taken into account. A business that offers a product and service that has no market, does not earn an income.

It seems that a lot of people think they are putting skin in the game, but are largely skint in the factors that matter, the ones that individuals within a community value and want to incentivize. In my opinion, of we are going to build a healthy economy around a community, we have to also build a healthy community around the economy.

Sure, be the change you want to see in the world.

But also, Incentivize the behaviors that lead to the change you want to see.

It is a piece of skin in the game.