Social dynamics of rewards on Hive

Yesterday, I was reading an article from the UK about the Bet365 CEO taking home the largest salary in a year in UK history, £469 million. That is 643 million USD, or 1.8 million dollars a day, every day of 2020.

The mega financial package means she took home 3,126 times more than the UK Prime Minister, who earns around £150,000.

The rest of the article focused on trivialities, like her new £90M pound home and driving an Aston Martin with personalized plates - the kind of stuff that people focus on, while missing the sheer immensity of the larger numbers of a yearly salary of that size. What is also interesting is that Bet365 sales were actually down 8% for the year and profits had reduced 74% to £194.7 million, which is less than half of what the CEO paid herself. Kind of interesting. For me to put it in perspective - Denise Coates' salary could buy my house 5x a day for every day of a year. 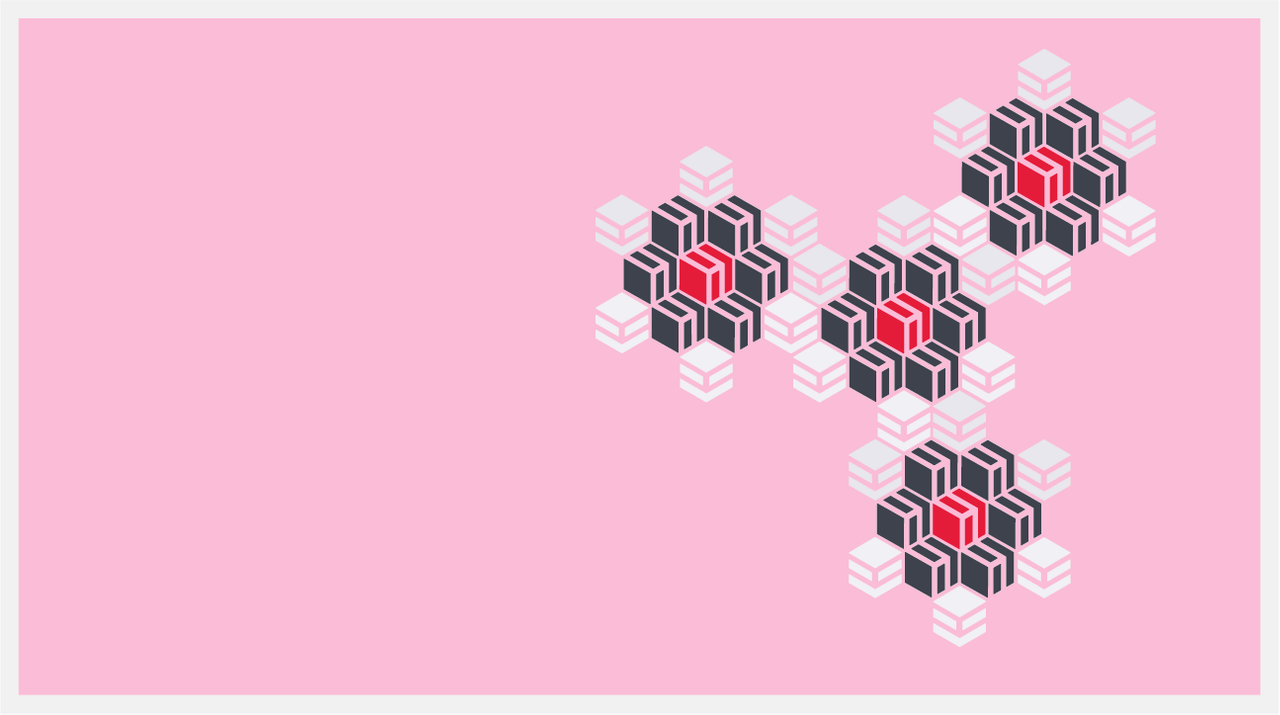 But, that is all a digression from the purpose of this post.

With all of the price movement on HIVE and the excitement around Cub DeFi and Leo in general, it is natural that people will start to change or want to change their behavior on the platform. However, regardless of all the reasons one might have to do this, it should be remembered that actions have consequences and what should be remembered for those who have been getting support in the past, they were getting support for a reason and the change in behavior can lead to a loss of support. Whether it is "fair or not" is beside the point, this is just the way it goes when we operate in an ecosystem where people have control over their own activity, which is the other side of the coin of changing behavior in the first place.

It is also common that people start to compare themselves more heavily to others, sa the increase in price tends to generate larger gaps in result, from the financial perspective. I have explained how the value of Hive affects price on a single post several times in the past, but this is pronounced when comparing two posts.

For a quick and simple example to follow, I will explain using an all things remaining equal other than price example.

There is only a 2.50 difference in the rewards. This doesn't take into consideration the type of post it is, where for example, the $10 post might be significantly better than the $5 post. No one seems to care that much at low prices.

Now, all voters and stake etc remains the same, just the price of HIVE changes to affect the payout amount.

So now, while all things do remain equal and in scale, what was a 2.50 difference in author reward value, is now a 25 difference, because more HBD is being paid out. While this is relative to the past, it seems "inflated" in the present, s because people look at the dollars, a 2.50 differnce didn't seem like much - 25 does. People still don't seem to understand how crypto works.

But, this is where it gets more dynamic too, as this doesn't factor in the difference between the posts themselves, where Post1 was significantly better than Post2. Post2 might have been a shitpost back in the day at 10 cent HIVE and not attract much attention for its $5 dollar payout - but at a $50 dollar payout, it becomes very obvious that it is indeed a shitpost that isn't worth that kind of value. However, the post that has 100 dollars on it, might still be worth the hundred dollars, because when it was at $10, it was under-rewarded in dollar value, whereas the shitpost was still probably overpaid at $5 dollars.

Now, quality of post of what is worth it and not is subjective, but if you consider things like information supplied, viewer attraction, engagement and probably the most important one that is impossible to know, the effect it has on viewer behavior and retention, it is easier to see "evaluate" the worth of a post.

I generally use myself as an example in these things as someone who up until today at least, gets pretty well rewarded. But, it also has to be considered why I get rewarded and while there will be a spectrum of agreement to disagreement on these things, I suspect that I am among the most consistent content creators on the platform. Not only this, my content is generally aimed at helping the reader in some way and over the last three years or a bit more, I have moved more heavily into this direction, helping people find a perspective on Hive that works for them. I can't say who specifically, but I am confident that there are people who are staked here who wouldn't be, if they hadn't have been my follower, as well as a few other people similar to me on the platform. While people don't like Hive-related posts, they are the ones of mine that tend to attract the most interest - but I don't shill price, I don't post "Hive to the moon!", I don't shitpost - each is attempting to improve esonal behavior with an opt-in process that encourages personal development from many perspectives. The reason I do this is because this is the kind of thing I do in the real world too - a place that still exists and isn't on a blockchain.

so, what is the value of one of my posts or someone like @taskmaster4450's from the past, when it has kept people here, kept people engaging, kept bringing perspective, kept people increasing their stake? If you look at it from the moment of the past, it is far less than it currently holds. A person that was influenced to buy a 1000 HIVE for 100 dollars 3 months ago, now has a 700 dollar gain that they might not have had otherwise, if all they ever saw on Hive was shitposts.

While there is space for people to put in low-effort posts for some reward, Hive from a content perspective has to have meat in order to build the ecosystem form a behavioral perspective. Do you think that if my brother had come in and I was a shit-poster, he would have ended up the most engaging author on the platform, commonly getting 500+ comments on his Friday Engagement posts and giving away significant prizes, like on the latest one here. Probably not - his behavior has been affected by his experience on and off the platform and his experience has also been influenced by how he was onboarded onto the platform.

I know there are people who complain about @taskmaster4450 having 2 accounts in the top five most rewarded authors, but he is also someone who like me, has been here daily, publishing posts people engage with and more recently commenting like a maniac all over the platform for years on end. Highs, lows, and through a bevy of flags from some whales - we have been here and I strongly suspect that a lot of other people who you value in the community are still here because of the influence that some accounts have had on the platform.

Behavior, it's a funny thing to observe on Hive when prices increase, as people start to pay attention to things that they might not have paid much attention to in the past - yet those who did, have a very good understanding of what is happening today and understand what has brought value in the past and still brings value. The people who were only looking at the rewards on their posts, are likely still looking at the rewards on their posts, but are also comparing their rewards to those who are earning more than them, and seeing the gap in value increasing.

But, while they are trying to make up for the gap by shitposting more, those who have brought value all of this time keep on doing what they do, potentially attracting more value, as the now overrewarded shitposts start to lose stake-weighted support, especially when they post more often.

Every decision we make has consequences and as a social environment, other people's actions are influenced by our own. Again, while people will disagree with many of my perspectives, I don't think it can ever be argued that I try to do what I think is best for the platform in general the best I can, which is helping Hive people build a healthy perspective of the Hive community and economic ecosystem that empowers them to be their best too. Most will never take the plunge and follow down the path the whole way, but even if they take small steps, they will likely see improvement or, do less harm.

Some people will see this post and say "It is fine for you Taraz, you get well rewarded" - but never make the connection as to why I have got well rewarded. Like the article I spoke of above, they will focus on the house and car, and miss the bigger picture. I am not like that CEO, I do not maximize my returns, I do not have alts I secretly upvote, I do not act in the best interest of myself only, I act in my best interest indirectly through adding value to the people I can, in network I love. I believe that if more people did the same without worrying about the payout numbers on their post or anyone else's, I think they would likely see similar results over time.

How much time? Well, I have been doing this for over four years now, as have many of the other rewarded authors on this platform. This is the thing with building an economy, it requires time and it requires activity that looks to build, not extract. All businesses take time to grow and on Hive, each account has the potential to earn, the only thing that stops any account from earning, is their own behavior on the platform. This can also work in reverse too, an earning account can lose earning potential due to their behavior too, which we have seen recently through the uncovering of highly rewarded authors with highly rewarded hidden alts and the highly rewarded accounts that get zero engagement and haven't commented on the platform for over five months.

I don't expect many people to have gotten this far into the post, but I do suspect that many people who value Hive as a community and as the potential economic powerhouse it could be, did actually have a read of this and probably thought a little about it too. Some people will consume those overrewarded shitposts and get the sense that is all it takes to be successful on Hive and look at 2000 word posts and say, "Ain't nobody got the time for that" without realizes, they are wrong. Yes - some people do have the time to learn how to improve their experience here and in the real world, and improvement they enjoy.

Actions have consequences. Own your results.