The Wrong Investor Mindset for Crypto

To die, To Sleep - perchance to shutdown...
Ay, that's the rub

Does anyone else dislike the term "vacay" as much as me? 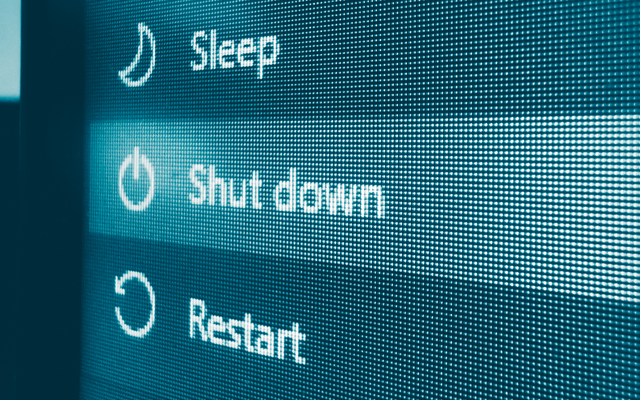 I didn't make it to my full quarterly bonus...

Considering, better than nothing. The difference isn't going to ruin me, though considering what has changed in the last few weeks for me to get a bonus, I think I did a better than expected job and met almost every target, regardless of 3 months of extra work being pushed into 2.5 weeks. I mean, I smashed it!

Time to shutdown the work PC, take my mind to other places and forget my login passwords.

That is ITs problem for August.

What's the problem with investor perspectives on crypto?

They think about it like it is a normal trading stock in the traditional markets, yet they are also driven by the marketing hype behind it, the big pumps and the massive drops.

Bitcoin has lost all its value gained over the last two years. Fail!!!

They also don't seem to understand the potential in the volatility. They look at the "losses" by MicroStrategy on their holdings, but what will they say at the next pump? Well, less, because they will be FOMOing in and driving the value of everyone else's holdings back up and with more volatility, because...

Each round, there is less and less BTC hitting the markets, which drives the prices up, with those who are buying spreading the holder-base, so that the following pump after, less will hit the market again. And then, when it reaches the highs, it will drop again as those with extra will dump a bit, and because the markets are thinner, it will fall fast and hard, to begin the cycle again.

They are looking at crypto through the wrong lens, as they are connecting its attributes to what they know, like a person approaching a lion as if it is a domestic cat.

They are going to get mauled.

The more that this all happens, the more confident I am becoming that crypto will fundamentally change global economics, because it shows just how unaware the average investor and economists position is. They are still looking at crypto as something they own and control, not something that is owned and controlled through decentralized mechanisms. They treat Bitcoin like it is a single project, but it is not - there are thousands of businesses built into that framework - Bitcoin isn't a currency, it is a platform.

Crypto in general is a platform.

The "Layer 1" we talk about on Hive is the tokenized baselayer that enables second-layer solutions like Splinterlands or LEO to be built on it, but it is not the "true" layer one. This is the same for Ethereum, or other multi-token solutions.

Layer one is crypto.

Layer one is the entire crypto industry that is enabling the decentralized tokenization of activity and transactions, in whatever form they happen to take, tailored to a business, location, community or automated market of some kind.

Decentralization is the base.

The ability for anyone to create a tokenized experience. The enablement of global partnerships to be built in a trustless environment. The possibility for someone to create and own something out of thin air, convincing others of its value in the same way government-backed central banks do it today.

Crypto is the base that enables everyone to be banked.

This ability fundamentally changes the relationship of the investor with the asset, because it shifts the gateways into the investments. It cuts out those centralized entities that dictate what is allowed to be owned and how it is allowed to be used and, says - anyone can create assets and if they are able to convince others there is value, there will be value.

The importance of this is immense.

Because it creates mobility of assets in a way that has never been seen before. Something like gold is a great store of value (possibly), but it is very illiquid and notoriously difficult to transport. Crypto of course solves this issue being highly transferrable, but it doesn't necessarily mean it has value. However, while Bitcoin can be seen as a store of value, the value comes from the convincing that it is valuable and, there is no actual need for it to be Bitcoin, because a fork doesn't just change the name, it can potentially make all that value attached to it instantly mobile, converting it into a completely different asset.

Of course, once businesses are built around crypto, they start to become less liquid, but they also start to stabilize, because the value becomes attached to the business activity, as well as the market sentiment. This means that crypto businesses will have to prove themselves to the userbase, not just the investor base, which will ultimately mean, making the users investors too. As the Web3 culture that breaks down the barriers between the invested and the uninvested becomes the norm, everyone wants an ROI and, they aren't satisfied with stars and hearts - they want to be able to use it to buy something they value.

And at this point...

The investor mindset shift is in full swing

Because the average person is both using crypto and considers themselves an investor, the entire market sentiment shifts to support a decentralized tokenization model. But, consider this for a moment - when all of those "new" investors expect to earn on their investments, including their usage and consumption, what happens to the traditional business models and markets?

For in this sleep of death what dreams may come...

But for the traditionalists -

I'm finally in the game. I'm lucky that New York State limits how much one can invest in one day and how, because it slowed me down.

The more that this all happens, the more confident I am becoming that crypto will fundamentally change global economics,

It sure has changed my economics. I've changed my notions on almost all investments. What is an investment in the first place?

Question: when is a user not an investor? You seem to think them two very different things. I can see someone as an investor who doesn't use (me at this point, but I intend to change that), but are not all users also investors?

I'm lucky that New York State limits how much one can invest in one day and how, because it slowed me down.

At some point, this might frustrate you as well!

What is an investment in the first place?

Exactly. What has value and is tradeable, is changing rapidly, but the traditional market vision doesn't keep up with it. If we look at Keynesian economics that most countries use, they still haven't been able to work out how to factor in a globalized economy and the abilities of global conglomerates.

Well, in some way all users are investing their time, but if they aren't looking for any kind of financial ROI, are they investors? Is the average Instagram user an investor? On Hive, nearly everyone is an investor at some level.

@tarazkp
Sir you are working diligently for this you are completing three months of work in 2.3 weeks. In fact, it is much easier to meet targets if we work with everyone's attention. I think you deserve a bonus. Every boss loves the job more than he or she expects.

The more that this all happens, the more confident I am becoming that crypto will fundamentally change global economics

The believe is that cryptocurrency have a major impact to play in changing economic situation in a positive state and it definitely going to do so in the nearest future.

A few more years and things are going to get messier :)

I don't like centralized entities dictates that we can transfer money only in week days. However, it is 7/24 with cryptocurrencies and could be free. It is the point where cryptocurrencies have been born :)

It is also funny that a bank charges up to 13% to transfer money across the globe and 5 days... :D

Crypto is the future money of future world . We believe it or not ,it actually doesn't matter because it will happen if noting serious happen. Many people already realised it and that is the reason they are getting interested in crypto specially Bitcoin .
At the same time investor always think about their profit and it can be harmful for crypto market because most of time they try to manipulate others and sell their asset in high prices and many people's asset stuck there and suffer huge loss because of what many people loss their confidence and afraid of crypto market because of what dump occur more than expectation.

If BTC run sideways for several week or months we can expect that some positive news will come and with that the fear of people willl convert in conficence. And i think it will be good for crypto market also.

investors manipulate, hackers find holes to exploit, bank robbers rob banks - it just means that the systems have to improve. Without battle testing, it is all theoretical - the current economic system has never been tested, because there has never been competition for the economy itself before.

Oh, I got a motto in here, my favourite, better in crypto than any other place: All the greatest tragedies have a happy end, but only for those who last until the end!

Do they though? ;D

I think of crypo as an entirely different animal. It reminds me more of a high risk stock rather than a normal investment. Yes it take a new mindset for those who can realize it.

It is even more than a stock though, as anyone can create it... and as we have seen, there are pros and cons to it too :)