Hive: Helping To Build The Metaverse

The Metaverse is coming.

This is something that is talked about a great deal, primarily in the gaming community. However, the concept of Web 3.0 is tied directly to what is going to be produced. In fact, we are seeing the foundation being laid. 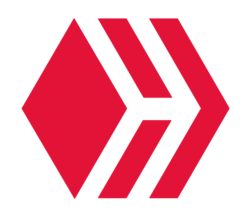 It is difficult sometimes to see how things are going to interact. Many people feel that Hive is operating on an island, drifting afloat on its own, disconnected form the main "action". This is not the case and we have a couple bits of information that shows exactly where Hive is positioning itself.

Here is an idea people on Hive can understand. We operate on a platform which allows people to get rewarded for their posting and commenting. Through development, we also saw the formation of being rewarded for playing different games. Regularly, the number of games available on Hive expands along with the features that each game is offering.

Play To Earn is a larger concept that is alive in the gaming community. This is totally a foundational concept of the Metaverse (Web 3.0 if you will). It is another example of how people are no longer just users. Instead, they are stakeholders in the success of the platform.

@splinterlands teamed up with Yield Guild Games to expand its reach and offer players around the world a new opportunity. The guild focuses upon the idea of "seeking yield across the Metaverse" by introducing players to blockchain based games. As we know, this incorporates both fungible and non-fungible tokens that can be accumulated and swapped.

By many metrics, Splinterlands is the most popular blockchain-based game. It is a title that was held for a long time. Recent announcements excited the players as well as asset holders. The team recently completely a land sale as the next evolution of their game.

Naturally, the idea of this union is to expand the potential userbase of the Splinterlands game. However, it also serves to assist in the effort of drawing other players in who are not aware of this new concept that is forming. It appears that Splinterlands is going to be one of the games at the center of that push.

If that wasn't enough, why not just change the way the Internet operates?

@spknetwork is in the process of putting together something that could just do that. While there are a lot of exciting parts to the project, the one that could be the most impact is the design of an entirely new protocol.

Here is where the non-technical people get bored to death. Protocols are not very interesting to the masses. Few are going to want to have a discussion about the latest Internet Protocol and how much of an impact it is going to have. However, it is what allows the Internet to operate the way it does.

A protocol is basically a set of rules. For example, there are a set a rules that developers abide by when coding that handles how data packets are transferred. This is something that is standardized instead of having everyone design their own. As you can imagine, in addition to consuming a lot of time, it would also be a mess if this wasn't in place.

SpkNetwork is building a brand new protocol that, if adopted, could become the standard for video, image, and NFT storage. Essentially, it is building this to interact with the Inter-Planetary File System (IPFS), creating a standardization that anyone can tap into. This could well lead to a fantastic amount of development if it is adopted by a large number of developers.

Hence, the question is if people believe that decentralized file storage is the future of the Internet? Considering the mentioned foundation of the Metaverse, this protocol could be very important. Having a storage system for video and, later, VR creations, that is outside the server-based system could be paramount.

The team is starting the buildup to the eventual release of this protocol along with its platform enhancements by putting out Press Releases. We can only presume that this will continue over the next few months as their development team rolls out more features.

If this is the case, the idea is to generate interest among users and developers. Essentially, we are seeing two different groups targeted. Content creators with followings are going to see what tokenized communities can do for them as well as protecting and owning one's content. At the same time, developers will be encouraged to build their own platforms which can extend the reach of their offerings.

Here is how the Press Release summed it up:

“A shared protocol standard will increase business model innovation and result in algorithms that the people create, not centralized entities - A true market-based approach,” says a 3Speak Founder.

The protocol also allows content creators to form Breakaway Communities, encompassing tokens, and their own NFT collectibles, stored and transferable using IPFS. This empowers creators to establish their own economies and monetize their content independently without relying on centralized third parties. Account history, data, assets, and content are owned by participants and their communities, and can be transferred to any Web 3.0 platform built on the Network or website that integrates the technology making today's Web 2.0 centralized account censorship redundant.

This is a concept that is not discussed within the blockchain/cryptocurrency realm. Blockchain is a piece of the foundation upon which this can be built. None of this is really going to gain much traction without blockchain and cryptocurrency.

Simply put, blockchain and the different forms of cryptocurrency denote ownership. So far, this is the best method we developed for the ownership of digital assets. The Metaverse is a system that is going far beyond our existing structures. In this realm, we are not going to have government organizations recording deeds to virtual plots.

Many have a tough time forming a conceptualization of what the Metaverse is. The reason for that is because there is no clear definition. Web 3.0 is a good analogy yet it still doesn't capture it all.

Basically, take many of the technologies that are discussed, quantum computer, AR/VR, blockchain, AI and mash them all together. We are going to see a world that incorporates mixed reality to make life akin to gaming. It is going to penetrate not only our digital world but also physical (as well as biological at some point). The digitization of everything is all a part of this.

Of course, this means data and a lot of it. Do you want that to be controlled by the likes of Facebook and Google? Should they run it like they do the Internet? It is evident that most would opt out of that idea. 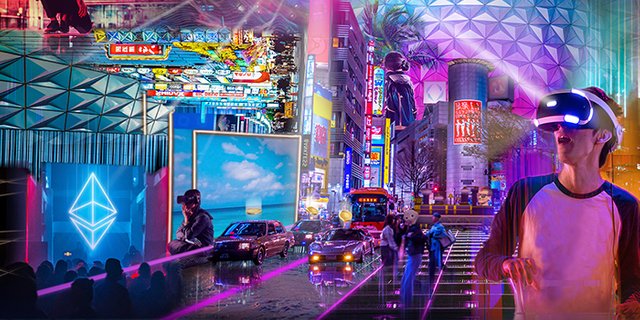 Hive is already establishing a presence in this arena, albeit at the early stages. In addition to what was mentioned, Hive has a VR platform already in operation. Anyone who looked into @dlux-io knows that we can create "posts" in VR already. As that platform grows, it will allow for the development of Virtual Reality communities that can be fully tokenized, thus opening up the possibility of forming their thriving own economies. Let that sink in for a moment.

In fact, let us repeat that again: it will allow for the development of Virtual Reality communities that can be fully tokenized, thus opening up the possibility of forming their thriving own economies.

Notice the above rendering of what the Metaverse might look like (or part of it). Imagine that virtual city operating as its own economy. Eventually, we could see that built out on a platform like dlux.io with a tokenization process that incorporates not only currency but the ownership of digital assets. Hence we see life and gaming merge.

Play To Earn will mean a lot more than just entering a game like Splinterlands. Ultimately, we will be part of different worlds where work and play are blurred.

This is where things are heading and some of the foundation is being built on Hive.

It is time to resist the temptation to believe that Hive is simply floating on an island with no connection to anything. As we can see, there are pillars being put into place that are likely tying this ecosystem to some of the most forward thinking that is out there.

Hive will certainly be a part of the Metaverse because it is helping to build it.