The Ideal Use Case For Bitcoin?

Bitcoin maximalists believe that coin is the answer for everything. It seems this viewpoint is a bit overzealous. We know there are a number of factors that could be causing Bitcoin issues in some areas. The idea of it as a medium of exchange might not pan out.

This is not exclusive to Bitcoin. Throughout the cryptocurrency world, we see tokens treated like stock. Everyone is wondering when they will moon. The entry of Wall Street only enhances that. This is not how currencies primarily operate.

In fact, we even use a term that is commonly applied to equities: market cap. How often do people talk about the "market cap" of the USD? Or the EURO? Or YEN? The answer is that it is not applicable.

Money supply has to expand or contract as conditions merit. Now we can debate who should control it and how good a job they do. Nevertheless, there are times when an economic system needs a lot more cash to innovate and expand.

With Bitcoin, there could be a place where this fills a major need.

Most people focus upon the amount of debt that is out there and proclaim it a problem. Leaving aside the cost of servicing, which is an issue outside this article, the amount of debt is never a problem in isolation. This is the first mistake people make.

For example, is a million dollars worth of debt too much? This is a question that is impossible to answer. The numerical value means nothing.

A debt load of $1 million is nothing if that is collateralized by a $5 million house. In this instance, presuming the individual can service the loan, it is not a problem. Of course, if this same debt was backed by $250K in stock from Sears, that might be an issue.

Thus, the challenge with the debt situation at the moment isn't the amount that is out there. While people say there is too much debt, the reality is there is not enough quality collateral out there.

Here is where we see Bitcoin possibly filling the void.

At present, the most pristine collateral are United States Treasuries, especially the 10Y and 30Y. When it comes to backing debt, these are the best forms.

Contrary to what is espoused online, the United States Government is not going to default. It never has, nor will it. Politicians know this is their gravy train. Thus, they will stop paying Social Security, unemployment, repairing bridges, or worker salaries before they default on the debt.

Therefore, if the situation got bad enough, the USG could generate Ponzi Debt. This is where they sell Treasury Securities to pay off the previous bonds. Remember, bonds holders only access risk based upon the ability to repay. Where the money comes from is of little concern.

The Opportunity For Bitcoin

At present, the global debt level is approaching $300 trillion. This is an astronomical amount of debt but, again, means nothing in a vacuum.

There are roughly $22 trillion in Treasury Securities outstanding. This means we see a maximum of about 7% of global debt backed by this highest quality of collateral. That also leaves us with about $280 trillion in debt backed by assets of lower quality.

El Salvador recently announced the introduction of a Bitcoin Bond. This is being used to fund the development of what is being called Bitcoin City. Here we see an example of how Bitcoin can be used.

In an announcement by Blockstream, Mow also said that the $1 billion will be split into two parts. $500 million will go towards building energy and Bitcoin mining infrastructure in the region. The other $500 million worth of BTC will be locked up for five years. Mow further stated that after the five-year lock-up period, El Salvador would start selling some of the bitcoin used to fund the bond to give investors an “additional coupon,”

This is just one of the many ways to use Bitcoin as collateral.

There are a number of advantages to using Bitcoin in this manner. Before getting to that, we need to mention the downside.

The advantage to U.S. Treasuries as collateral is a holder knows exactly what the return is. With a bond, at the time of purchase, one can figure out the ROI by the stream of payments and the bond value at redemption. There is no speculation required.

With Bitcoin, there is the problem of volatility. As collateral, this will cause an issue when the market does major pullbacks. Of course, as the market grows in size, volatility tends to get reduced. However, even a 10% reduction, when something is used as collateral, can make lenders nervous.

It is not a situation that cannot be overcome. At times, borrowers might be required to put up more collateral to offset the drop in value. This could keep it from being pristine collateral. Nevertheless, it still would be high quality. 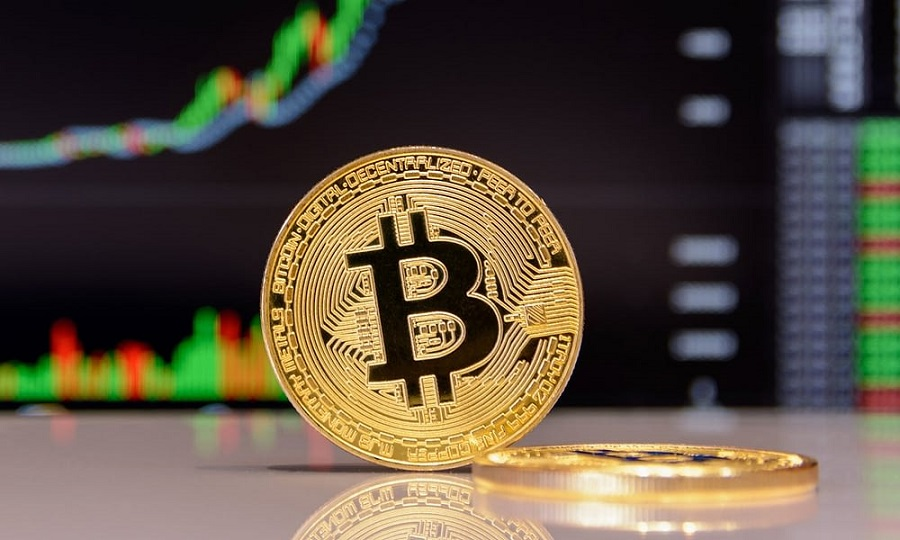 The advantage to Bitcoin as collateral is the transparency. Everyone knows how much is out there, where it is, and what is is worth. All of this is mark-to-market at every moment. So while prices can drop, lenders know exactly what the value is on the open market.

Bitcoin can offer instant liquidation. Lenders always have a place to sell the Bitcoin if they need to call in the loan. We know billion dollar transactions were already done. As the entire market grows, so will the ability to process larger amounts.

The fact it is liquid and easily transferred, being digital, offers Bitcoin advantages when used for collateralization.

Too many want to focus upon whether Bitcoin will replace the USD. That is not likely to happen. However, Bitcoin could rival US Treasuries as the most desired collateral in the world. The finite amount is a drawback as a unit of exchange yet is ideal backing debt.

In the end, this might be the idea use case for Bitcoin.