Technology is going to radically alter things in the next 30 years. One of the biggest changes is the push towards zero cost in many areas.

In this article, we fill mention 6 different areas where we will see costs heading much lower and approach zero marginal costs. 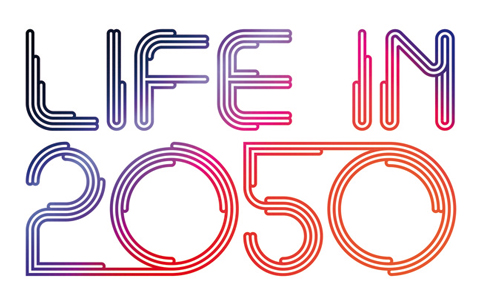 This is nothing new. Most people are familiar with Moore's Law and how that affected computing over the last 60 years. Observed by Gordan Moore of Intel, it has basically held that processors saw a doubling of power every 18-24 months.

In addition to move powerful semiconductors, we have seen then get smaller.

This is a trend that will continue. While some believe that Moore's Law could be ending, we will still realize similar benefits as architecture improvements take place as well as specialized AI and quantum chips.

We are seeing the price drop like a rock as it is and by 2050, the cost of computation will be almost nothing.

Solar panels and wind costs are dropping rapidly. The 2010s saw a 90% drop in the cost of solar. We will see similar progress from this point over the next few decades.

At the same time, the cost of batteries are following a similar path. This is vital for energy since it has to be stored somewhere.

At the same time, there is progress being made with fusion and geothermal. Each of these could provide near zero cost energy in abundant quantities.

We already saw massive progress in this area due to the Internet. Over the past 30 years we saw an enormous jump in the amount of information available.

However, as they say, we haven't seen anything yet. What is going to take place over the next few decades will usurp what happened in the past.

The world is moving to real time, instantaneous data. We are producing more data with each passing year. However, the next step is to develop a network of networks. This means having the ability to scan all information/data in real time across all networks. Presently, things are fragmented.

Here again, we already saw a lot of progress. No longer do we pay for long distance changes from our phone carrier.

Our networks also advanced greatly since the earliest days of wireless. We now are seeing the 5th generation rolling out. Some are starting to work on the next phase, to be released before the end of this decade.

As we near 2050, we might be looking at 8G. That will most likely deliver communications at much greater speeds than today, in greater quantities, for near zero cost. This is another area where the ideas of what is coming is probably beyond our comprehension.

Nevertheless, the speeds will guarantee that we can transmit much larger files in near the same time (or quicker) than today.

We are already seeing water shortages which is a shame considering the world is 3/4 covered with water.

Companies have already bought the rights to water supplies, upsetting people who are dependent upon the water for survival.

This problem is solved with the energy solution. With near free energy, water desalination becomes very inexpensive. The cost per gallon drops to near nothing.

Since salt water is abundant, this will provide billions with clean, inexpensive drinking water.

These vehicles will have an impact upon the driving industry. Since labor is still a large part of the commercial cost per mile, autonomous vehicles will reduce this substantially. When we couple this with near zero energy costs, we can see how things will be very inexpensive.

How will all this change the world? We can see, in many ways, how this can be dystopian. However, there is also the hope that humanity is further enhanced by the technological breakthroughs that we will witness over the next 30 years.

One benefit is that it will be a lot less expensive to live. All of these innovations will allow us to enjoy more for less money. This is a trend we saw with computation and digitization. Now we will see it advance to others areas of life.

We also can see how many existing companies, let alone progressions, will be completely upended. Again, this is nothing new as Kodak and Blockbuster were large Fortune 500 companies at one time. Now, they are basically gone.

These are 6 areas which will be near zero costs by 2050. What will really make life different is the fact that these will blend into other areas of life.

Consider that potential impact overall for a few moments. It truly does become mindblowing.