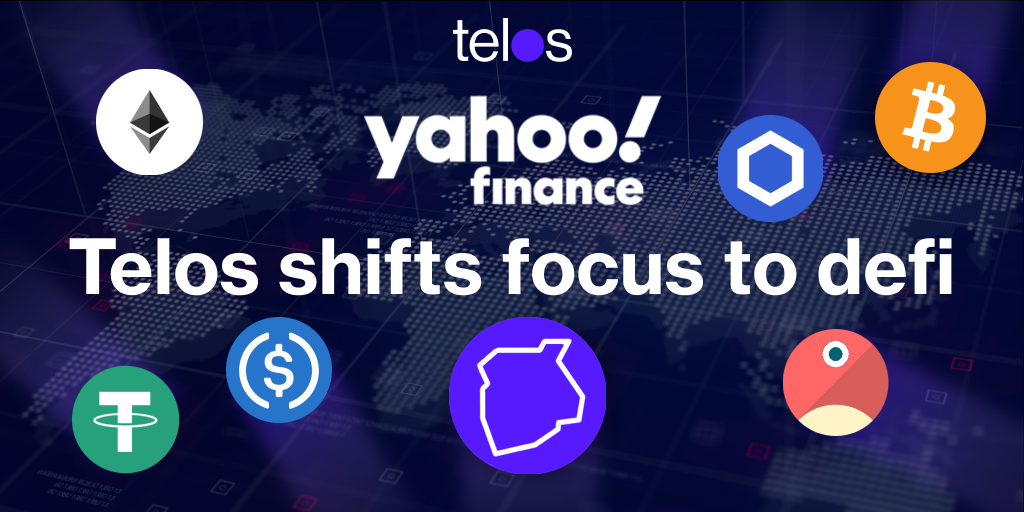 On the announcement, it was shared that Telos is synergizing its focus to the Decentralized Finance (DeFi) Projects. It also highlighted the TSwaps which is an ongoing project of Telos Community. They deeply push the DeFi sector with the upcoming Q2 release of Telos SureProfit, a new feature that enables investors to ensure the success of their trades.

Through this “profit-or-cancel” technology, users can create trades that look at the state of an investor’s wallet before and after the intended transaction, and if the post-transaction balance is not higher by the user-defined measure, the system automatically cancels the transaction, eliminating unintended losses from Telos DeFi transactions using Telos SureProfit.

The organization stressed-out the amazing edge of Telos as a blockchain compared to Ethereum.

Telos is described as being a mass adoption, open finance network led by a community of visionary trail blazers. The project is pushing for scalable and fast decentralized finance within the cryptocurrency space.

Telos SureProfit will carry a small use fee paid in TLOS to prevent spam attacks, further add to TLOS utility, and continue to support the Telos network with zero inflation and free basic transactions for all. Unlike on Ethereum, however, Traders on Telos are never hit with large gas fees that are required even when a transaction fails.

There are two flavors of DeFi on the Telos roadmap, one via native activity on the Telos blockchain, and the other on Ethereum via the soon-to-be-released Telos EVM (Ethereum Virtual Machine) that runs Solidity contracts on Telos just like Ethereum, but faster, with higher capacity and at approximately 0.1% of the cost of Ethereum gas fees. Telos SureProfit will function natively on Telos, but will not be available on Telos EVM because profit-or-cancel isn’t currently possible for Ethereum smart contracts.

The project has announced the upcoming launch of Telos SureProfit. The new feature will ostensibly allow investors to ensure their trades are successfully executed. The mechanic is known as “profit-or-cancel” technology.
The feature works by looking at investors’ wallets and determining what the balance will be after the intended transaction is processed. The system then measures the balance and if it is below the prescribed amount based on the user, it cancels the transaction.
SureProfit is set to prevent users from losing money during DeFi trades. Following the announcement, Telos has also launched five additional ERC-20 tokens including USDT, USDC, pETH, LINK, and PNT. The project is also working on adding decentralized exchange tokens such as SUSHI and UNI.

With the unsurmountable Gas Fees in the Ethereum Blockchain, Defi and NFT's would then be for the ones who were able to hold ETH right before the fees pumped. With Telos great projects lined up such as the EVM which is on the Testnet now and the Bridge which just recently launched, this will be a perfect fix for dApps, high-yield-farming and DeFi projects.

Telos has shifted their focus to key areas of interest within the cryptocurrency ecosystem, including DeFi, and non-fungible tokens (NFTs). The company will look to improve on areas where other blockchains fail. These include no gas fees for transactions, fast transactions, and no front-running of trades.
Telos will be looking to offer its very own DeFi platform built on its own blockchain. However, the company will also be adopting the popular Ethereum (ETH) blockchain via the soon-to-be-release Telos EVM, short for Ethereum Virtual Machine.
The solidity contracts will run on Telos, which will allow for all the features of Telos on the make-shift Ethereum network. The Telos blockchain currently supports 10,000 transactions per second (TPS), with zero transaction fees, outshining Ethereum in this regard.

With this announcement, It is such a great privilege to all Telos Community members that their efforts are leading to the success of the whole ecosystem itself. And that includes the Tokens in the exchangers such as Probit and MXC in Centralized Exchangers and in Uniswap as DEX. And soon to be in PancakeSwap this April 21st 2021.