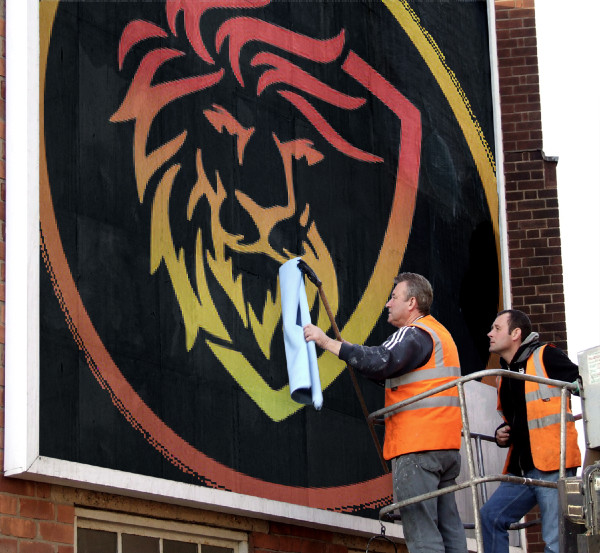 Yesterday I posted some suggestions for LeoFinance which focused on the most important suggestions on my list.

Here are a few more suggestions I have been writing down over the last few months.

I tried to setup an account via Twitter to test one of my other suggestions. I tried multiple times with multiple accounts, and every time I got the following:

No errors in the console and the account creation just keeps showing the spinning wheel.

Do not create keys for custodian accounts until needed

When a new account is created via LeoFinance, keys are generated and provided when requested. If the keys are not downloaded and access is granted via Twitter/MetaMask, the keys are still held somewhere on their behalf.

I recommend not generating keys at all until they request it. Use account authority until keys are requested by the user. This way Leo is not holding other users keys.

One feature I use frequently on Peakd/Hive is ignoring reblogs, especially for spammers who like to reblog to hide their spam. There is currently no way to do this on LeoFinance.io. I think many are like me where they almost always just click "All Posts" rather than sort through reblogs.

When withdrawing from the dex you have to manually check liquidity by clicking this button: 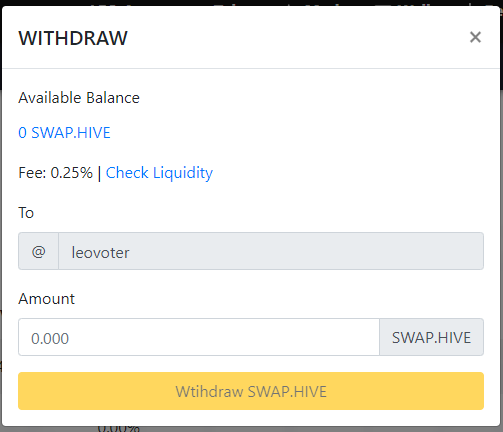 Then clicking "Hive" to see how much is available. It should be a simple fix to just display it right away without any effort on the user. Same thing for deposits. 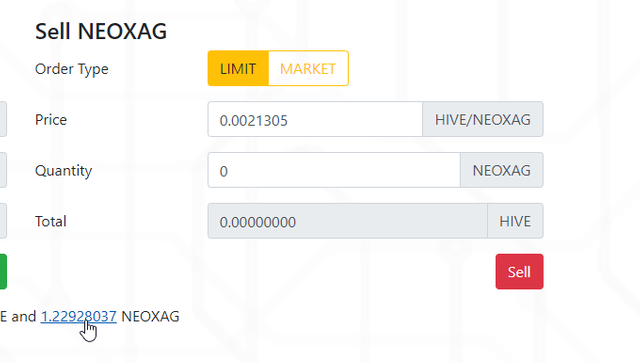 If you click on your balance, it does not auto populate quantity.

Another feature I think the dex needs is the ability to click on your Hive.swap balance to buy this much of a token. This is a feature Hive-Engine has (but it is currently buggy) where you can click price, then click your balance and it will populate how many you can buy automatically. 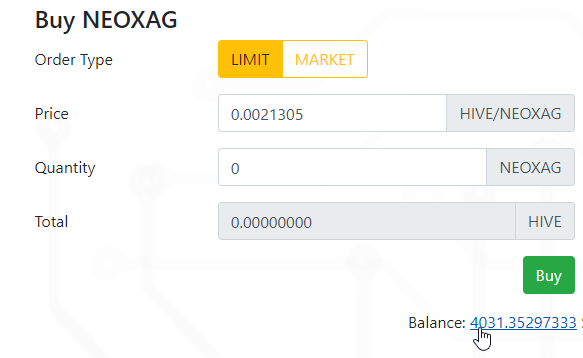 I would even go so far to add a slider like exchanges like Binance do, where you can select 0-100% of your balance.

When using the dex in light mode, it looks fine. 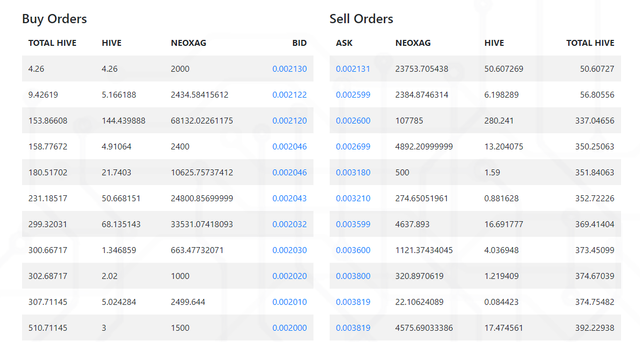 In dark mode though, you cannot see any alternating lines due to contrast. They are there, but very faint. 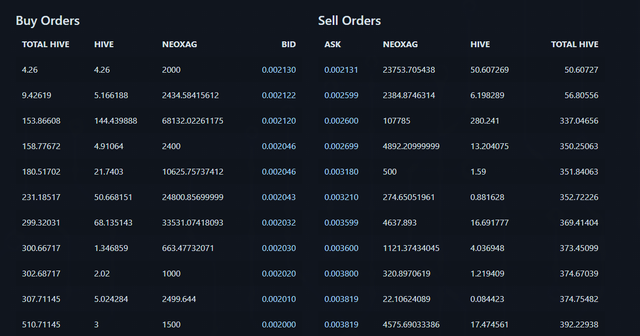 Right now if you have your account linked via MetaMask, a users ETH address is leaked publicly. Although it is kind of too late to erase history, I would recommend keeping this private and use encrypted memos if there is a reason to post the Ethereum address.

It would be cool to have a symbol that shows up on the first post of a user. Leo community likes to reward new users, it would be really handy to have a 1st emoji symbol show up, similar to the symbol if posted from LeoFinance.

I have reported this bug a few times, but it still persists and is very frustrating. When creating posts, there are some situations where line feed will be added and nothing can be done to remove it except change your post. The end result is like hitting the return key in the middle of a paragraph. It seems to trigger for some character combinations and the only way to avoid it is change your text until it stops happening.

There is still a phantom error related to the other issue I reported when posting nested comments. The error is benign and the action works, but it presents an awkward user experience. 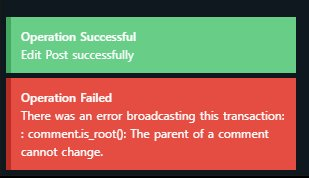 I'm not 100% sure the conditions that creates this bug, but I have seen it quite a few times when leaving comments.

This one is simple but frustrating. LeoFinance does not remember the last vote you made so every vote you have to start at 100%. If you frequently vote 20% on Peakd, it will remember that and if you go to upvote two comments, it will already be set to 20%, on Leo it is always reset to 100%.

Frequently I find when I go to create a new post the new post is already filled out with my last post and I have to remove the title, body, and clear the tags to be able to make a new post.

Would be cool to have a display on LeoFinance with a countdown to the geyser. Could be a fun animation of a geyser getting ready to explode, or a countdown, or just a progress bar. I think this would be fun to see on the site. This of course would require the geysers to be consistent and predictable dates, like the first of the month ;).

I have noticed occasionally a horizontal scroll bar will show up when creating a post rather than word wrap. Not sure what triggers this, but it makes it difficult to create/edit posts when it does happen.

BitCointalk is a major player in this space and it is likely it won't ever be replaced any time soon, but it would be cool to make attempts to make LeoFinance a big player in that arena. Implementing a trust system like BitcoinTalk's merit system would be cool as we know Upvotes and Rep are not a reliable measure of trust. I would recommend something that isn't easily gamed and has a bit of thought behind it.

That's all for today.