TOKENOMICS AND THE WAKE OF THE TERRA COLLAPSE

It seems it’s not only the crypto market affected by unfavorable , harsh market conditions , tokenomics is in crisis as well . Before, a superficially deflationary monetary system was enough to draw in investors. Now, the Terra collapse and the ongoing downturn have likely had an irreversible impact on the perceptions of traders, who now may think twice before throwing their money in with a coin that claims ‘strong tokenomics’ . You won’t blame them would you ?

So what are platforms and developers to do now? Abandon tokenomics altogether and focus more on actual utility, or refine their use of tokenomics so as to avoid catastrophic death spirals?

It seems that the approach, perhaps unsurprisingly, is going to reside somewhere in the middle. So while creating demand by offering real utility is going to become more of a focus for serious projects, there will also be a shift to more conservative tokenomics principles, which don’t bake in the possibility of a dramatic rug pull.

In the first place , what is being referred to as tokenomics ? and how does it even affect the crypto economy?? Without much further ado, tokenomics refers to the basic , fundamental elements that make a particular cryptocurrency valuable and interesting to investors. That includes everything from a token’s supply and how it’s issued to things like what utility it has or possesses.

The structure of a cryptocurrency’s economy determines the incentives that encourage investors to buy and hold a specific coin or token. Just like how fiat currencies are all different, each cryptocurrency has its own monetary policy.

Tokenomics determine two things about a crypto economy ;the incentives that set out how the token will be distributed and the utility of the tokens that influence its demand. Supply and demand has a huge impact on price, and projects that get the incentives right can surge in value.

Following the sudden but perhaps not shocking collapse of Terra, a consensus has formed that a more cautious use and design of tokenomics will emerge in the future. Money in whatever form it takes has strong network effects. During the expansion phase, they are highly beneficial but, as Terra/Luna owners found out, they are equally powerful in reverse.

The “death spiral” in which the terraUSD (UST) stablecoin and the luna (LUNA) (now luna classic (LUNC)) token found themselves in last month will always linger on in the minds of crypto investors world wide. While a rising price for terraUSD resulted in luna being burned (and hence being ‘deflationary’), a dramatically falling terraUSD price resulted in massive amounts of luna being minted, making the latter all but worthless in the process.

The important and key lesson to pull out of the Luna/Terra fiasco is that tokenomics should not be centered solely on encouraging speculation. 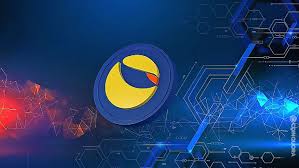 Designing tokenomics that help foster growth in the surrounding ecosystem based on rising token usage as opposed to encouraging speculative demand is likely to be a key tokenomics lesson to be learned from Terra’s collapse, at least for those projects interested in not being labeled a Ponzi scheme.

In other words, any design mechanisms or structures that can help foster a thriving ecosystem and actual use will become more prevalent in the coming months. This development is likely to unfold by necessity since users and investors should become more cautious from now on.

Another additional tokenomics feature that could become more common is vesting/lockup periods for token issuers, which one would like to see further lengthened.

By so doing this , issuers will be incentivized to focus more on the longer-run sustainability of the project(s) underpinning the token, than the likelihood that it experiences an unsustained speculative bubble because they will be unable to sell during the vesting period.

Of course! some might argue that the only really reliable tokenomics feature is a limited supply (as seen with Bitcoin (BTC)), with everything else possible introducing emergent systemic effects that can’t be foreseen.

However, some commentators and analysts do see an increasing role for staking as a tokenomics measure that can help improve value in a more organic way, and without risking the sustainability of a platform or coin. Staking is gaining traction in the tokenomics discussion and is likely to continue that way for the near future. The ability to earn additional value out of held tokens holds strong appeal. Indeed, with Ethereum for example moving to a proof-of-stake (PoS) consensus mechanism and nearly every new layer-one blockchain using PoS in some form, it seems like staking will become the dominant tokenomics system, if it hasn’t already.

The fact that many platforms and cryptoassets will turn away from tokenomics to some extent in the future, and simply work on making themselves more useful has a strong likelihood of happening.. Put differently, projects may shift their focus from the supply-side to the demand-side. Any design mechanisms/structures that can help foster a thriving ecosystem which incentivizes users not to consider them solely as a speculative asset is likely to be an area of focus.

Much emphasis should be laid on token issuers shifting and focusing attention ,concentration much more on schemes designed to support the sustained evolution of the token’s broader ecosystem, rather than simply pumping coins. 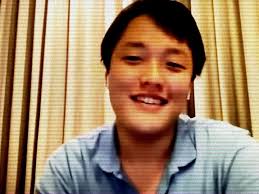 Tokenomics can accommodate such a shift to the extent that it focuses on the longer-term, i.e., encouraging more stable and persistent demand (sticky demand in other words)
There’s also the strong likelihood that many platforms and cryptoassets will turn away from tokenomics to some extent in the future, and simply work on making themselves more useful. Put differently, projects may shift their focus from the supply-side to the demand-side.

Any design mechanisms/structures that can help foster a thriving ecosystem which incentivizes users not to consider them solely as a speculative asset is likely to be an area of focus.
Much emphasis should belaid on how issuers should concentrate much more on schemes designed to support the sustained evolution of the token’s broader ecosystem, rather than on simply ‘pumping’ their coins.

Tokenomics can accommodate such a shift to the extent that it focuses on [the] longer-term, i.e., encouraging more stable and persistent demand (sticky demand in other words)

However, not everyone is entirely convinced that Terra’s demise signals the end of tokenomics as a mechanism for boosting prices. A counter-argument runs that, because TerraUSD was a stablecoin, its lessons aren’t necessarily those for tokenomics as a whole.

The fact that Terra failed is not necessarily proof that the design is wrong but can be due to other factors like the way the yield on Anchor protocol is determined. The high yield was no longer consistent with the decrease in the crypto market. The Anchor lending protocol housed the majority of UST’s circulating supply, and it was used as a key incentive mechanism for users to hold UST with its high yields of 20% .

For those who wish to scratch deeper at the ‘tokenomics’ of the Terra ecosystem they’ll find that, while TerraUSD is a stablecoin in name, there exist arbitrage opportunities in that network. If investors/traders weren’t aware of arbitrage opportunities in tokenomics they are now . Also , if they learned anything from the collapse it’s that they should understand the finer details about the tokens they’re utilizing/investing in.

Lastly, it’s also worth pointing out that what’s needed isn’t so much (or only) a change in tokenomics itself, but also a change in how tokenomics is communicated and understood.

The general public is still educating themselves on the basics of cryptocurrency and they now have to contend with terms like ‘NFTs’, ‘DeFi’, and ‘tokenomics’. Ecosystems like Terra would do well to spend as much time simplifying and educating the public on what they’re attempting to achieve, and the value they provide, as they do expanding tokenomics.