Ask Leo : Should cryptocurrencies and exchanges be regulated? 🤔 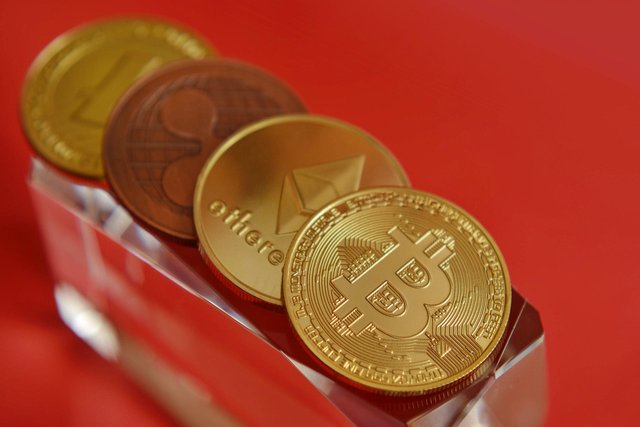 The world of cryptocurrencies has evolved a lot in recent years and current They could cause in the future how to bring liquidity risk due to their massive use. For this reason, a series of rules were used to avoid these possible dangers.

The answer to this question is a resound Using it, the low cost of transactions and everyone can have access to them. By this I mean that it is currently common to use cryptocurrencies, but so many good things have their bad things and in cryptocurrencies it is fulfilled this rule.

For this reason, many countries have given their answers and concerns about their massive use, for this reason the regulations arrived, of course this did not like many people and that is that cryptocurrencies should be deregulated. However, everything in this world must be regulated and we must avoid the problems that can cause cryptocurrencies and in this way we can continue to use them for a long time.

The problems caused by cryptocurrencies are hackers with bad intentions, criminal activity, money laundering and terrorism, lack of liquidity is also a serious problem, all this because to use cryptocurrencies you should not use your real data, so , you can do these acts in anonymity, so it is very difficult for people who commit this type of crime, there are even internet pages where weapons, drugs or services are marketed and the payment method is cryptocurrencies.

So far, not even Bitcoin is considered a legal tender currency, for this reason there are regulations and for that reason they must comply with these rules to avoid as far as possible, these crimes. This happens with many things, web pages must also be regulated when they take popularity and that is that giving absolute freedom to users is a serious problem because there are many people who abuse freedom.

Thus, exchanges and purses must comply with the norms imposed by each country to avoid money laundering and other crimes, in Spain for example, the rules are for example:

Identify how many people, whether natural or legal will use the Exchange, either in activities related to business or investment.

Exchange must have real user information, whether, knowing the nature of her work, among others. Therefore, the KYC process (knows its client) that the exchanges apply must be more rigorous and extensive.

These are those of the rules that the exchanges must comply, for example, and the Orinoco Exchange used here in Venezuela requests your personal information and email to register and make the exchanges. On the other hand, privacy currencies such as Monero, Dash or ZCASH (the most common, but there are many more) would be in danger what has caused problems for some users who use them.

How do regulations affect the world of cryptocurrencies?

Argentina: Although there is no regulation as such, in 2014 it was denied that cryptocurrencies can be considered as legal use currencies because they are not issued by the Central Bank, which is the only one that can issue legal use coins.

China: In 2017, the existence of institutions that allow the change and transfers of cryptocurrencies within the national territory of China was prohibited. In addition,it has banned Bitcoin mining in different provinces.

USA: In 2012, FBI published a report where it warned that the use of cryptocurrencies especially bitcoin can cause a series of problems that are against law. In 2014, the Bitígense users, among others.

Japan: In 2016, regulatory legislation was approved where it establishes that cryptocurrencies are a means of payment, but the services that work with cryptocurrencies must register before the respective authorities, ensuring financial security. But after a series of robberies, 2018 included more than 400 items in the form to request the license for greater financial stability.

Germany: Virtual currencies are not illegal, but the regulation has evolved in principles to the exchanges and then the cryptocurrencies themselves, where they must present an authorization to be able to use it.

Spain: There is currently no law that regulates them, because in 2021 cryptocurrencies escape the control and regulation of any country. But in 2010 the legislation on the prevention of the money laundering was approved where companies that manage cryptocurrencies must establish and implement capital laundering prevention measures, where they must have documents and mechanisms to establish the identity of their clients.

Blockchain technology is in a state of development, but its great growth in these years has had to regulate its use. However, there is a great debate about regulations, being some countries against and all in favor. This is why it is necessary to seek a regulatory balance where the State should not attack or prohibit the use of cryptocurrencies, the best option is to change the approach they have made cryptocurrencies.